How We Chose Our Expat Destination - Escape Artist 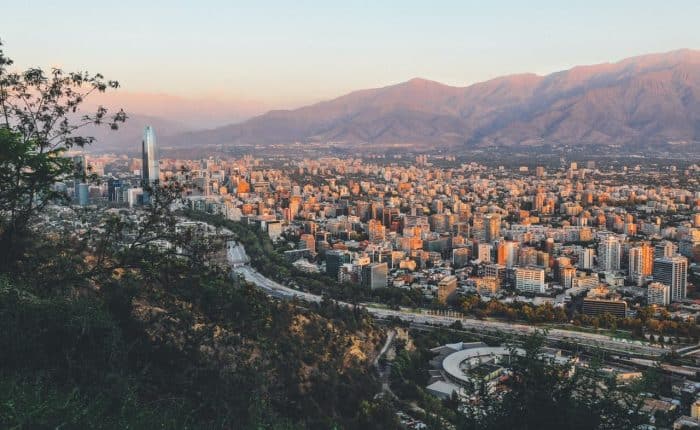 Moving is considered to be one of the most stressful events a person or a family will ever go through. Rated just below divorce, moving can take its toll on our mental and physical health. It would serve anyone well to do a good amount of research before considering auctioning off the furniture and pack those prized possessions into a sea-worthy container.

Let us first layout for you the basic criteria we employed, when we began our search for the best place to live, conduct business, and invest or purchase real estate.

When we began to realize that moving into a new country just might be in our future, we (ONE of us anyway….) began to make lists. We had many lists: of the pros and cons, features, necessities, and we probably even had a list of the LISTS somewhere! Suffice it to say we had lists for comparative analysis.

In the very beginning, there was no need for a list, just a lot of reading and armchair traveling. We also did venture out and take some fact-finding treks. We traveled with our entire family. We visited Europe. The Netherlands and France were at the top of the list.

Since we absolutely love being on the water and had owned a houseboat for many years, we dreamt of owning a canal barge and cruising the canal system of Western Europe. We then changed course and salmon fished in British Colombia and researched becoming residents of the Canadian Rockies. After Canada, we traveled to Mexico and increasingly shared stories of our travels with friends who were moving to, had once lived IN, or owned second homes in Mexico.

Then we thought about Australia or New Zealand. We happen to have a cousin who fell in love and expatriated to Australia (where she still resides), over 35 years ago.

We also kept in contact with friends who had moved to Panama, Australia, The Netherlands, Costa Rica, and Canada. We had cast our nets out widely, fishing for any insight or bits of information we could snare. Also, through the many months and years, we would read and re-read the Escape from America E-Zines and repeatedly searched through various issues and pages of the EscapeArtist website and other websites as well.

We have a feeling that this is a familiar objective for many of our readers. Anyone reading this particular article may be doing this very thing, right? Well, as we poured over articles, we finally narrowed our search down to two countries, both of which we had never set foot upon, except in our minds.

Mexico As An Expat Destination

Mexico did have some allure for us, at first. It was close to “home,” but this was also one of its negatives.

We rationalized this particular problem in this way: if we are moving somewhere because it is close, then it would be just as easy for others to move there as well and in no time at all, it would probably end up just as bad as the place we were leaving.

Also, if we didn’t like a place well enough to travel farther away, it must not really be such a good idea. Truthfully, the over-population, level of poverty, close ties, and proximity to the USA, were the reasons we ruled against Mexico. Dealing with a particularly bad case of sandfly bites on our last visit kind of sealed Mexico’s fate in our family’s minds.

Europe As An Expat Destination

Europe was actually never a really serious consideration for us since we felt they have many of the same issues confronting them as the USA does, namely an aging population, almost unrestricted immigration, a soon-to-be over-burdened retirement system, and economies which once were manufacturing-based but are NOW almost totally service-based.

We have always tried to live by the saying, “moderation or balance in all things.” For us, Europe seems currently out-of-balance. “To go Euro or not to go Euro,” that seems to be the question. We are speaking of Western Europe. We never really researched the Eastern European countries, for there was very little to find/read about statistically and we were not too keen about the many civil wars.

Asia As An Expat Destination

Asian countries were not a consideration, either. Asia has vast cultural differences. We were just plain not brave enough to take that particular challenge. Also, the snakes, diseases, and population issues did not seem particularly tempting to us.

This left us with the following areas in the world for our more detailed research and evaluation: North, Central, or South America, the Caribbean, and Oceania. We are sure there are many among you who have favorites that are not listed here. We would love to hear about them, but for us, this is how it all ended up. We had decided fairly early on that our new home would probably be in one of these locations in the world.

To put our criteria together, we started making those lists referred to above and then we researched how each country measured up on our “Biggie List.” This list took many things into account, from politics to snakes (is there a difference?):

This “biggie” list of ours was actually a pretty tall order and it helped us to eliminate most of the countries from our list of the prospective countries we had been looking into.

While this all seems quite simple, it actually took many, many months of painstaking research before we identified what “biggies” we should actually be paying attention to. At the end of matching our prospective countries up against the “Biggie List,” we ended up with only three locations which quickly became two.

At this point our list of potential relocation areas was composed of the following countries:

In relation to being an expat, here’s a podcast from The Expat Money Show with Mikkel Thorup, where Mikkel talks to Ian Bond about how to do 2-million in sales through e-commerce & drop shipping as an expat!

I hope you enjoyed reading this article: How We Chose Our Expat Destination.

Excerpted and adapted from “Moving To Chile, Part Two: Chile Measured Up!” in Escape From America Magazine, Issue 76.

Shopping as Parisians Shop: A Guide to Fun, Inexpensive Shopping in the Most…

PUSH – The Love Motels of Panama