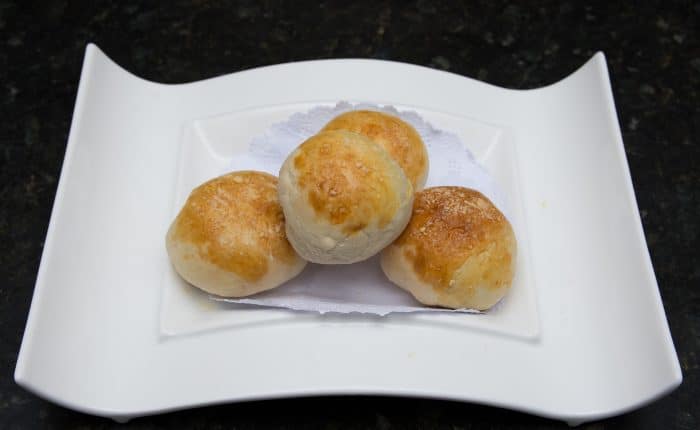 Paraguay is a bilingual country where both Spanish and Guaraní (an aboriginal language) are spoken indistinctively and sometimes even mixed. Due to this bilingualism, some of the dishes have names in Guaraní, some in Spanish, and some in a mixture of both languages.

There is no major variation in the way dishes are prepared in the different regions of Paraguay. Just sometimes the preparation may vary in a couple of things (if it does) for example, instead of the Tatakua (which is a brick/adobe oven) a common kitchen oven is used.

Handpicked Related Content: Feel The Culture And History Of Paraguay

The tereré rupa is a combination of things eaten during breakfast or mid-morning. It normally consists of:

Tereré – is a traditional beverage that has been in Paraguayan culture as long as people have lived there. It consists of a mixture of herbs called yerba to which cold water is added. Tereré is usually the first thing Paraguayans drink in the morning and is very refreshing during summer.

Chipá – bread kneaded with yuca starch (also known as cassava or locally as mandioca) cheese, eggs, milk, and aniseed. It is a round shape with a hole in the middle (looks like a bagel). Chipá is consumed a lot during holidays and festivities, especially Easter.

Mate Cocido – yerba mate (a mixture of herbs) that has boiled water added to it. It is then strained and poured into cups sweetened with sugar.

Mbejú – Sometimes written as Mbeyú, this is a staple of the Paraguayan diet and is consumed at any time of the day. It is a starch cake that looks like a cross between an omelet and a pancake. It is made with mandioca and cheese and is cooked in a very hot frying pan. In the Guarani language, mbejú means cake.

In Paraguay, the Sopa Paraguaya, the Mandioca, the Chipá Guazú, and the Chipá are present in almost every lunch or dinner at least twice a week (sometimes more and especially if it involves a social gathering). However, you may come across these other types of food that are typical of Paraguay:

Arró Quesú – Paraguayan style rice, is similar to a cheese and milk risotto but it has to be made only with white rice and Quesú Paraguai (Paraguayan cheese – see below)

Asado – literally barbecue though the Paraguayan Asado is often accompanied by Sopa Paraguaya or Chipá Guazu. Note, an asado has many types of meat and LOTS of it! No scrawny hamburger patties here!

Bifé Koygua – meat (steak) topped with fried onions and one or two fried eggs on top (similar to the Chilean Dish Bife a lo pobre).

Bori Bori – a thick soup to which dumplings (or small balls) of cornmeal and cheese and sometimes chicken is added.

Chipa Guazú – basically a corn cake, made with cheese, fresh corn, eggs, oil, and milk, and cooked in the Tatakua (a clay oven). It is similar to the Sopa Paraguaya which has cornflour instead of grains of corn.

Empanadas – Pastries filled with different combinations, including, egg, meat, chicken, corn, cheese, and ham. Paraguayan Empanadas are normally fried and not often made in the oven like the Chilean or Argentinean ones. Also, Paraguayan empanadas are sometimes eaten between two pieces of bread like a sandwich, something people from other countries tend to notice when they see it.

Guiso popó – A very traditional dish, similar to a stew that contains chicken and rice, pickled with sweet pepper and garlic. It also has some variations where the rice is replaced by pasta or potatoes.

Mandioca – (also known as Yuka, Yuca, or Cassava) which are similar to potatoes, are eaten with almost every meal as they are a native crop of Paraguay. In fact, it is so common there is a local expression, Más Paraguayo que la mandioca (More Paraguayan than the Mandioca).

Milanesa – Even though this is not originally from Paraguay, the milanesa has become a staple part of Paraguayan cuisine. Milanesas are crumbed meat filets.

Pastel mandi’o – Similar to empanadas except that the pastry (dough) is made from mandioca. Pastel mandi’o is usually filled with meat and is fried.

Pira Caldo – Pira means fish in guaraní and caldo is a type of broth. This fish soup contains milk, Paraguayan cheese, onions, tomato, and sunflower oil. It’s very high in calories and is believed that this soup can enhance a man’s sexual performance.

Puchero – a traditional stew made with meat, vegetables (like carrot, pumpkin/squash, and onions).

Quesú Paraguái – Also know as Queso Paraguayo, this is typical cheese made by rural artisans.

Sopa Paraguaya / Sopá Paraguaí – (Literally Paraguayan Soup). This is probably the world’s only “solid” soup. More than a soup, it is actually more like an open pie made of ground corn, cheese, eggs, and milk.

Sopa So’o – is a layer of ground beef/mince sandwiched between two layers of the Sopa Paraguaya cake.

Dulce de Guayaba – a sweet jam made from guava, served alone, or eaten with bread.

Dulce de Mamón – a dessert made from Papaya (papaw) and served with caramel.

Kaguyjy – also known as mazamorra, it is one of the most traditional desserts of Paraguay. It is made from corn and sugar and sometimes honey or milk is added.

Ka’i ladrillo – a candy made with peanuts and molasses, cut into small cubes that look like small bricks. In fact, ladrillo is Spanish for brick. The full name actually means “the brick of the monkey”.

Kivevé – this semi-sweet dish is made with cornflour and pumpkin/squash.

Koserevá – a dessert prepared with the skin of sour oranges and cooked in molasses. Sometimes lemon and grapefruit peelings are used.

Food In Paraguay On Special Occasions

There isn’t a typical dish that is eaten at Christmas or for New Year’s, however, there are some other days of the year where a special drink or dish is consumed, more out of superstition than anything else. These days are the 1st of August, the 1st of October, and the end of June (around the 24th).

Carrulim is an extremely strong drink that contains caña (sugar cane alcohol), ruda (rue – a herb that produces yellow flowers), and limón (lemon in Spanish). Notice how the name Carrulim comes from the first syllables of the three ingredients CAña, RUda, and LIMón. (Remember to roll your Rs)

In Paraguay they have a saying “Agosto, vaka piru ha tuja rerahaha” (which translates as August, the month that takes away the skinny cows and the old (people). Why? Because August is one of the coldest harshest months where there are frequent storms in parts of Paraguay and traditionally, being the middle of winter, food was hard to come by.

So, according to popular belief, drinking Carrulim on August 1st is supposed to renew your blood and protect you from physical and spiritual harm that often comes in the month of August.

Jopara means “mixing/combination” in Guaraní because this dish consists of many types of beans with some vegetables like carrot, pumpkin, and mandioca. Jopara is a traditional dish eaten on October 1st to keep away “Karai Octubre” (in English Mr. October) a Paraguayan myth consisting of a rural man in a straw hat that brings sadness, misery, hunger, and disgrace to the home he enters. To keep away “Karai Octubre” Paraguayans eat Jopara on the 1st day of October.

Also typical during the Fiestas de San Juan (at the end of June), though not exclusive to those festivities are:

Alambreado – is when the meat is cut into many long thin strips (alambreado comes from the word alambre, meaning wire in Spanish).

Chicharö trenzado – the same as alambreado but this time instead of being left in single strips, those same strips are literally braided. The term chicharö trenzado means “braided meat”.

Payagua mascada – (also called Pajagua mascada) is a combination of ground beef (mince) and mandioca. It looks pretty similar to a thick hamburger.

I hope you enjoyed reading this article: Typical Food In Paraguay.