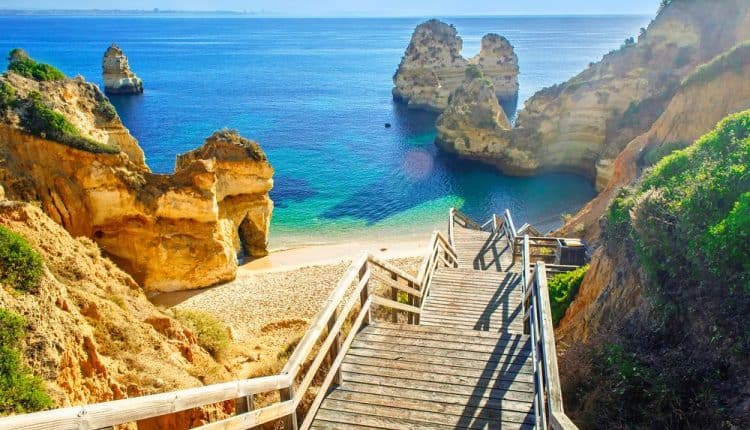 As the third safest country in the world, Portugal is becoming better-known for all it has to offer expats. With its location on the map as the easternmost country in Europe, it has a very appealing location for those who seek easy travel to and from North and South America. It also offers historic scenery and architecture, clean beaches, and gorgeous landscapes. In 2017, more than 29,000 new expats relocated there, a number which is 33% higher than in the previous two years. In which cities are they choosing to live, though? These are some of the most prominent expat cities in Portugal.

The Algarve is Portugal’s most southern region, and it’s well known among retired expats for its beaches and golf resorts. Lagos, more specifically, is a town within this region known for its walled old town, its cliffs and coves along the coast and its Atlantic beaches. You can find an 18th century cathedral on the cliffs, reminding you of the rich European history of the country you’re in. Each town along the coast in the Algarve has an expat community that organizes events and dinners and such for building a strong network of friends, but part of what makes Lagos stand out is its great real estate bargains. You can purchase an apartment there for as low as $100,000 USD.

Lisbon is a very cosmopolitan city, and prices/cost of living can be a little higher than what you might find in more remote areas. However, you’ll find museums, orchestra shows, theater groups and the usual compilation you’d expect for bars and restaurants. Public transportation is efficient here and you can travel by bus or metro throughout the city, with very affordable pricing. If owning a car in your new country-of-choice would be difficult, or if you’d prefer not to, Lisbon would be a great place, since vehicle ownership would not be necessary. Lisbon also offers a valuable location choice for those who wish to do further traveling from the city, since it’s only a couple of hours away, by flight, from other large cities in Europe and Africa.

You may have heard of this up and coming city in Portugal, thanks to its famous port wine. Porto is Portugal’s second-largest city and an expat favorite for plenty of reasons. The city is very old, with the heart of it being a UNESCO World Heritage site. It features cobblestone streets and traditional houses, as well as palaces and churches to explore. As a coastal city, the sea is never too far away. The expat community in Porto is on the rise, and there is plenty of opportunity there for anyone who wishes to get involved in the growing tourism business. Prices are currently still low, and parts of the city are up and coming, and so there is a hip and stylish feel to many of the bars and restaurants.

This city is located in rural Portugal, between Lisbon and Porto. It’s known as a university town, which is something many expats enjoy. The weather is mild, running anywhere between 40 and 80 degrees throughout the year, but averaging around 70 most of the time. Coimbra is the location of Portugal’s university, which was relocated there from Lisbon in the 1500’s. It is one of the oldest universities in all of Europe. One-quarter of Coimbra’s residents are students, and the city’s atmosphere is a mix of old and new – old medieval churches, and restaurants and shopping complexes along the waterfront park. It is also one of the most affordable expat cities in Portugal, with rent being about 20% lower in this city than in Lisbon. Apartments in the city center will range at about $400-800 USD per month.

Art and history buffs who are looking for a city with a slower energy (not a nightlife-heavy place) and a cooler climate can find just what they’re looking for in Braga. Braga’s Roman roots allow for ancient architecture, museums, galleries, and monuments to be enjoyed on a regular basis. It still has an eclectic bar and restaurant scene, thanks to its student population, but this is not the focus of the charming old city. Braga is located in the northwest of Portugal, and although it is the country’s oldest city, it is known still for having very affordable living prices, which is part of what makes it an expat favorite.

As always, a list of the five most popular among the expat cities of Portugal isn’t going to cover every aspect of all the best places to live in the country. However, this general overview should be helpful in determining what you’re looking for in a new city. Be sure to visit several of them when choosing a new home in this enchanting country.

We hope you enjoyed our article on Most Popular Expat Cities in Portugal? For more information on 2nd residency and passports, you can contact us HERE

The Good, the Bad, and The Ugly of Living in Ukraine