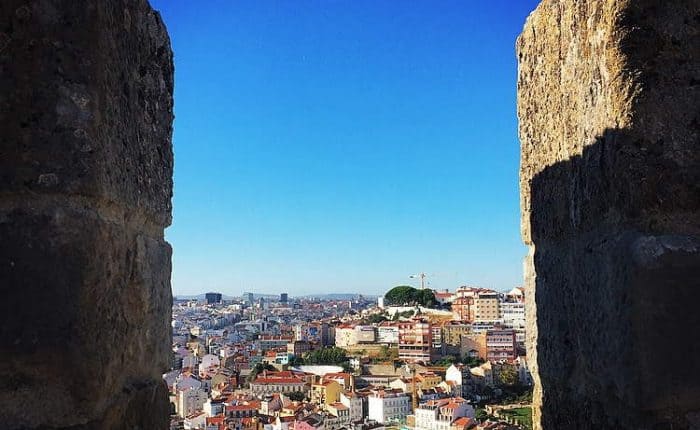 With its residency perks and fantastic culture, moving abroad to live in Portugal is a no-brainer.

As continental Europe’s westernmost nation, and most convenient access point to North America, Portugal has so much to offer the modern expat looking to move or retire abroad. From thousand-year-old history to incredible sights, architecture, cuisine, and climate, it’s no wonder that Portugal is becoming a hotspot for international travel and immigration. Couple this with an opportunistic residency program, global safety, and a low cost of living, moving abroad to Portugal might just be the most attractive expat destination in Europe.

Europe’s oldest nation-state, Portugal has a colorful history that stretches back over a thousand years. The land itself had been fought over numerous times in all eras of recorded history, by everyone from the Celts, Carthaginians, Romans, Visigoths, and the Moors.

After the Battle of São Mamede in 1128, Afonso Henriques established himself as the Prince of Portugal, becoming the official king in 1139 and positioning Portugal as a sovereign recognized nation.

Portugal established itself as the first global empire in the 15th century, spearheading the Age of Discovery and maritime exploration. During this time, Portugal was perhaps the most powerful militaristic, political, and economical nation on Earth. This status as a world superpower lasted until a series of immediate and unfortunate events (1755 earthquake, 1822 independence of Brazil, and the 1828-1834 Liberal Wars) devastated the country’s global influence.

Today, Portugal is a first-world, developed country with a high quality of life. It houses a unitary semi-presidential republican government, is a founding member of NATO, and belongs to the United Nations, the EU, and the OECD.

The incredibly favorable climate and diverse landscape makes Portugal a top choice for expats looking to move abroad. The country is categorized as having a Mediterranean climate, one of the warmest in all of Europe. With a mixture of oceanic and semi-arid climates throughout the country, the mountainous interior parts of Portugal average annual temperatures of around 54°F, while the southern coastal areas average around 65°F annually.

Most expats that have decided to move abroad to Portugal liken the weather to that of Southern California, with coastal summer temperatures remaining consistently comfortable and winter temperatures never reaching freezing – except in the high inland mountains like the Serra da Estrela – a popular destination for skiers.

Situated on the Atlantic Ocean, Portugal offers everything from seaside cliffs and quaint beach towns in the famed Algarve region to snowcapped mountains inland, sprawling vineyards in the north, the cosmopolitan and cultural hubs of Porto and Lisbon, and the volcanic archipelagos of Madeira and the Azores off the mainland.

The food scene in Portugal is a perfect storm of location and access, suited to exceed any expat’s expectations. The Atlantic waters along Portugal’s coastline provide access to some of the best quality seafood in all of Europe. Braised octopus, grilled sardines, and steamed clams with white wine and garlic are staples of the Portuguese diet. The pork and beef of the inland farms are also thoughtfully raised, and the produce is largely organic and sustainable.

In addition to the traditional foods that have been developing over the last thousand years in Portugal, the country’s proximity to Spain (perhaps the most forward-thinking and experimental food culture in the last 50 years) has pushed young Portuguese chefs to think outside the box. This makes for a delicious combination of tradition and inventiveness, something that all expats moving abroad to Portugal will embrace.

Let’s be honest…a place can be beautiful, have great culture, a low cost of living, and check off 99% of the things on your list of potential destinations – but if the area is unsafe (especially important in today’s global landscape), everything else seems secondary.

Luckily, Portugal’s small size and relative isolation on the Atlantic coast, paired with low crime rates and a general peacefulness and aversion to conflict of its citizens, create a very safe atmosphere both domestically and from a global perspective. In fact, the 2017 Global Peace Index ranks Portugal as the fifth-most peaceful country in the world!

Perhaps the easiest country in Europe to gain permanent residency in, Portugal is a paradise for those looking to move abroad and eventually gain a second passport. After visiting your local Portuguese consulate with the appropriate documents, you can apply for a temporary Residency Visa. This visa lasts a few months and allows you to travel to Portugal, easily open a bank account, and rent an apartment with much less hassle than if you had come on a tourist visa.

Once in Portugal, expats can immediately apply for an appointment to upgrade their residency visa to a Temporary Residency Permit. This requires little more than the initial documents used to attain your residency visa, with notable additions being more recent bank statements, your Portuguese taxpayer number, and proof of no outstanding debt in the country.

With this residency permit, expats living abroad in Portugal are granted legal status to work and generate income within the country. This Temporary Residency Permit is good for one year, during which the only requirements are to spend at least 180 days in the country. After that first year, the permit can be renewed for periods of two years at a time.

Once you have renewed your residency permit and maintained the minimum of days spent in the country for a total of five years, you will receive Permanent Portuguese Residency. This card does not need to be renewed and allows you to freely travel internationally without having to log any specific number of days in Portugal. After one year of this permanent residency, expats in Portugal will qualify for full Portuguese Citizenship, giving them one of the most direct and inexpensive paths to acquiring a second passport without any major investments.

If you do have the means and want to make a significant investment into the Portuguese economy, however, your path to residency and eventual citizenship will be even easier. With Portugal’s famed Golden Visa program, investors need only purchase a property (usually in the 350k-500k euro range) or start a company and employ ten Portuguese citizens to qualify.

With this special approach, expats looking to live abroad in Portugal still need to satisfy the five years with a temporary residency permit and one year with a permanent residency permit to achieve a second passport, but the in-country requirements are significantly less. Investors only need to spend seven days in Portugal for the first year and 14 days in the country each subsequent year. In addition, with the Golden Visa program, an investor’s spouse and dependents also qualify for the benefits.

With all of these attractive and welcoming opportunities for expats, it’s clear why Portugal is one of the most popular destinations for people looking to move abroad. Whether it’s for investment options, second passport opportunities, or simply to enjoy the history, food, and landscape, moving overseas to Portugal might be the best location in Europe for an international lifestyle.

We hope you enjoyed our article on Expat Guide To Portugal: Why You Should Be Moving Abroad Here. For more information on 2nd residency and passports, you can contact us HERE