The Investment Benefits Of The Golden Visa Portugal - Escape Artist 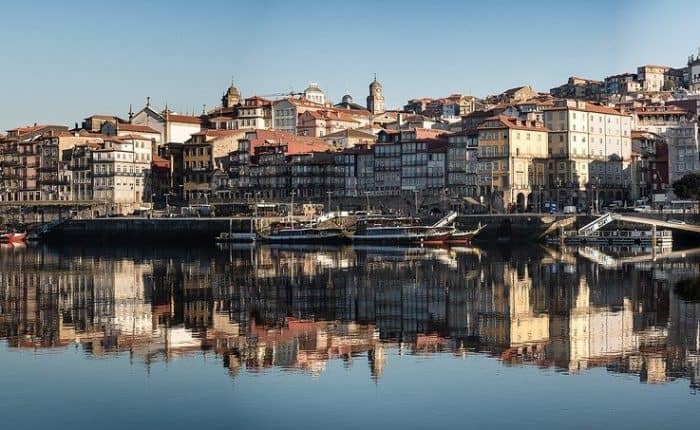 In the last few years, Portugal has slowly but surely become one of the most attractive and lucrative destinations for foreign investors. The Iberian nation’s fast-growing economy, great infrastructure, favorable tax regimen, stable political environment, and pro-business culture is attracting investors from all corners of the globe. Let’s discuss the investment benefits of the Golden Visa Portugal.

Like most countries around the world, Portugal’s economy was severely impacted by the great economic recession of 2007. However, the Portuguese government demonstrated its resolve to make changes in that difficult period. The nation has taken major steps to enhance competitiveness and simplify the process on investing – steps that have led to new opportunities for foreign investors and businesses.

One of these steps has been launching one of the best Golden Visa programs in the world. Launched to provide a much-needed injection of foreign investment to struggling economy, and reignite a stagnating real-estate market, the Portuguese Golden Visa Program has exceeded all expectations. And why wouldn’t it? It allows foreign investors (and their families) to freely visit other member states of the EU, live and work in Portugal, and enjoy the lucrative tax advantages the country offers, including a 20% flat tax rate on specific foreign sourced incomes, excluded with Double Tax Convention.

How To Qualify For Portugal’s Golden Visa Program

While the minimum investment amounts may appear a bit steep, especially to applicants who are from countries that have comparatively weaker currencies, the Portuguese Golden Visa program does provide a range of investment benefits. Let’s take a look at some of the most prominent ones.

The holders of the Portuguese Golden Visa qualify for Portugal’s extremely favorable NHR (Non-Habitual Residency) tax program. If you’re planning to retire and expect to receive pension, dividends or interest, and have not lived in Portugal for more than an aggregate of 183 days in the tax period, the NHR program enables you to receive income in Portugal income tax free (subject to certain conditions). The NHR tax program is one of the main reasons why foreigners are applying for the Portuguese Golden Visa.

As we’ve already mentioned, Portugal’s economy went into crisis after the global economic depression of 2007. However, the country’s recovery has been nothing short of remarkable. While much of that can be attributed to the European Central Banks policies, it’s also because of Portugal’s rapidly growing tourism industry. The number of foreign investors and tourists looking for a second home has increased exponentially in the last few years, which has subsequently led to a rise in property demand. When you combine that with the company’s stable economy which is upheld by EU speculation, the country’s real estate market has the potential to provide a high ROI.

Portugal is developing at a rapid rate, especially Lisbon, the capital city. The rising demand for apartments and houses means new projects are being built and old ones are being renovated.

Portugal is one of the safest and most peaceful countries in the world. In addition to having one of the lowest crime rates among all European countries, the Iberian nation also tops the charts of the friendliest countries in the world. Whether you make your investments in Lisbon, Porto or the Algarve, you will find yourself in a friendly and cooperative community of both locals and internationals. The political climate in Portugal is also one of the safest ones in Europe, which is a big comfort to foreigners who have invested in the country.

One Of Europe’s Most Affordable Countries

Another reason why Portugal is one of the prime European destinations for expats and foreign investors is that it’s one of the continent’s cheapest countries to live in. While the capital city, Lisbon, is by far the most expensive place to live in Portugal, it is still quite affordable when you compare it to other major European metropolitan’s.

Perhaps the most significant benefit of the Portuguese Golden Visa for foreign investors is that it allows them free movement within all EU member states. This means Portuguese Golden Visa holders can enjoy financial benefits offered by other European countries. For instance, they can avail German financial consultancy services, which are known to be some of the best in the world, or Swiss banking services, which are widely known to be the safest in the world.

Are you ready to make the move to Portugal? Need additional information on the Portuguese Golden Visa? or would you just like to discuss your options? Please contact us HERE and we will make sure our partner reaches out to you.

For more information on going offshore, please read this Ultimate Guide to Going Offshore, there is just a ton of information.

The bottom line is that there is a myriad of reasons for foreign investors to choose Portugal. The Iberian nation offers relaxed immigration rules, a secure property market, a high standard of living, and favorable tax laws.

Moreover, if you have the financial means to meet the minimum investment requirements, the Portuguese Golden Visa is a fast-track way of gaining permanent residency to an EU-member state and free movement between all the countries in the Schengen zone, including France, Germany, Spain, and Switzerland.

We hope you enjoyed our article on The Investment Benefits Of The Golden Visa Portugal. For more information on 2nd residency and passports, you can contact us HERE

An Intimate Tour Through the South of France