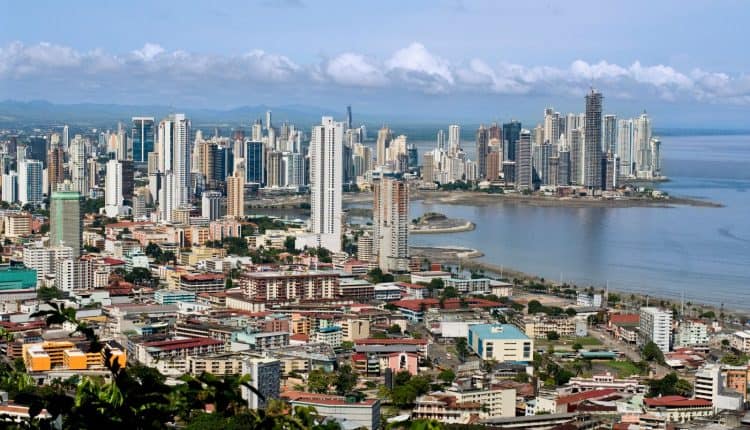 If you’re looking for a second residency or second passport, you’ll want to know which countries have easy immigration laws. Some, like the United States are nearly impossible to get into. Others, like Austria, require you to invest millions for a residency visa. In this post, we’ll look at the other end of the spectrum… those countries with relatively easy immigration laws.

There are four basic reasons people seek out countries with easy immigration laws. Some want to leave their home country and live somewhere with a different vibe and a lower cost of living.

Others want to get a second residency and hold it in their back pockets should they need to leave their country of citizenship. This residency in a country with easy immigration laws is meant to provide a soft landing should they decide to move.

Finally, some are being forced out of their home country because of political strife. Considering that most residency programs, even those from countries with easy immigration laws, require an investment, the country we see the most here is South Africa. ZA is unique in that the wealthy and middle class are being forced out.

With that said, here aare are some of the easiest countries to immigrate to.

It is more complicated to buy a house in Mexico than it is to become a Mexican citizen. All you need to start the process to become a temporary Mexican resident is an active visa and a job offer from a business in Mexico. You’ll need an immigration lawyer and to apply directly to the Instituto Nacional de Migracion (INM), which is a unit of the government of Mexico dependent on the Secretariat of the Interior that controls and supervises migration in the country, but the process is relatively easy. The permanent residency in Mexico is one of the few that doesn’t need yearly renewal, it is also extremely easy for the residency to turn into a citizenship. For more, see: How To Become A Mexican Resident.

The government of Bulgaria has opened a new residency program that will allow you to obtain a Bulgarian second passport and citizenship without the need to abandon your current passport. With a “small” investment, you can be a member of the European Union. In order to apply for the Fast Track Bulgarian Citizenship Program you must first make an investment of BGN 1,000,000 (app. EUR 512,000 or $600,564 USD)n to get residency. Then, after you have your residency visa for a time, you make a second investment of BGN 1,000,000 to get citizenship.

The entire process of obtaining a second passport from Bulgaria takes about 18 months, much shorter than the time spans of other second passport programs, which are usually 5 years or more. The investor only needs to make two visits to Bulgaria in order to complete the residency/citizenship program.

I suggest that Bulgaria has one of the easiest immigration laws because, if you have the cash, you can buy government bonds rather than real estate. At the end of 5.5 years, you get your investment back with no need to mess with real estate. This is especially “easy” if you don’t want to actually live in Bulgaria and a home would be an unnecessary cost.

For more, see: Bulgaria Is The Best Second Passport In The EU

The Republic of Malta offers the possibility of applying for citizenship and obtaining a second  passport. If you’re a high net worth individual then you can obtain a second passport by investing in Malta, which consists in making a contribution to the government of 1,150,000 euros. Malta’s program is a tad more expensive than others, but unlike other European countries, it offers citizenship after only one year.

If you’re an American, you have many reasons to want a second residency. Getting that residency in a tax friendly jurisdiction such as Panama is a no brainer. First, Panama residency will allow you to maximize the benefits of the Foreign Earned Income Exclusion. If you’re living AND working abroad, you can exclude up to $101,300 of salary from your US taxes. A husband and wife operating a business from Panama could earn $200,000+ per year tax free.

And, if you’re from a “friendly nation,” Panama has the easiest immigration laws on the planet. Simply invest $20,000 into one of the approved reforestation programs to get residency. You can apply for citizenship after 5 years of residency.

This program is most popular with US and EU persons and those from South Africa. Surprisely, South Africa is a “friendly nation” and on par with the United States when it comes to moving to Panama. For more on the reforestation visa, see: Panama Friendly Nations Reforestation Visa b

Canada also offers a simple path for citizenship. The most common way to get residency in Canada is to get a job offer from a Canadian company. After becoming a permanent resident, you can apply for naturalization as a Canadian citizen after four years. Other requirements include: If you are 14 to 64 years of age, you must send documents that show that you can speak and understand English or French. You will have to pass a citizenship test. If you wait until you are older, these requirements do not apply. Canada does allow dual citizenship.

The lowest cost second passport for purchase program is offered by the Caribbean island of Dominica. For an investment of US $100,000 plus fees you can acquire a second passport. In order to become a citizen of Dominica, the interested party must choose between two options: making a donation to the government (paying a fee) or buying real estate. If you buy real estate on the island, you must prove you have the capital prior to beginning the process. I strongly suggest the purchase option. For more on this, you can contact our office HERE.

Above I wrote that Panama had the easiest immigration laws for those who are from a friendly nations. If you’re not on that list, Nicaragua has the easiest program. You invest $35,000 in Nica’s reforestation visa program and pay about $10,000 in fees per person (per family member) to get permanent residency.

The catch in Nicaragua is that you must spend 180 days a year in the country to maintain your visa. Panama doesn’t have a physical presence requirement. Thus, the Nica program is generally only used by those who don’t qualify for Panama’s friendly nation reforestation visa.

I hope you’ve found this article on countries with easy immigration laws to be helpful. For more information on these and other residency programs, or for assistance on any second passport program, please contact us HERE.

I would also like to include a few additional articles for you to read, enjoy!

How to Retire in Thailand with a Long-Term Visa