Bulgaria is the Best Second Passport in the EU - Escape Artist 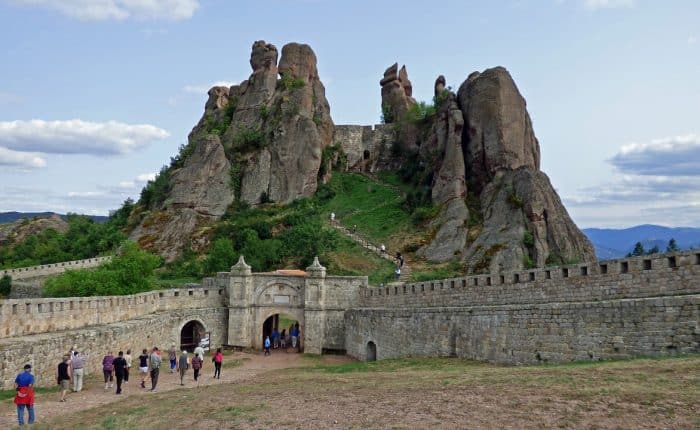 The purpose of this post is to give you some background on Bulgaria, review their second passport offer, and then tell you how to get a second passport from Bulgaria. When we’re are done, I think you will agree with me that Bulgaria is the best second passport in the EU as a value proposition.

For second passport offers at lower price points, check out my article 10 Best Second Passports. Note that I am talking about second passports you can acquire by investment or purchase. These are not simple residency programs or citizenships by family heritage. These are passports that anyone can get if they have the cash… and a clean criminal record.

First, a bit about Bulgaria.

Bulgaria is the up and coming hotspot for young and adventurous hipsters. Prague is played out and the cool factor now goes to Sofia, Bulgaria’s capital. It’s where oh so many travel writers and internet hopefuls end up.  More importantly, it’s become a hub for business in Eastern Europe.

I love this country because it’s authentic beyond belief. Bulgaria has not changed in hundreds of years, and it won’t change any time soon. It’s not affected by hype or style. Yes, it’s cook again for visitors, but that’s because what online entrepreneurs and young travelers want has  changed, not Bulgaria.

Bulgaria is the oldest state in the old continent. One that has remained the same throughout history, keeping its name and place on the Balkan Peninsula for over 1,300 years. You can’t get much more authentic than that!

Bulgaria’s currency is (basically) pegged to half of the Euro. The cost of living in Bulgaria… and living well… is a fraction of Western Europe.

In 2015, TripAdvisor rated Bulgaria’s capital Sofia is the No 1. city in terms of cheap hotel stay. A hotel stay (including room service) in Sofia cost $126.04 per night on average. That’s a quarter of the cost in New York, which is listed as the most expensive destination with $546.61.

I’ve known struggling writers who live well in Sofia on $350 Euro per month. Try that in France, and you’ll be staying in a hostile praying to go home to Mommy on the earliest flight!

Of course, if you have $1.2 million to invest in a second passport, you’re probably not looking for the lowest cost city on the planet. But, you might like to know that Bulgaria is an amazing deal. If you want to be a big fish in a small and authentic pond, Bulgaria is the place to be.

OK, enough wanderlust, let’s get to the point.

How to Value a Second Passport from Bulgaria

We value a second passport based on where it allows you to live and how many countries it allows you to travel to without a visa. As to where you can live, Bulgaria is a great place to call home if you’re an adventurer.

If you want something a bit more mainstream, a second passport from Bulgaria gives you access to most of Europe and just about anywhere else you want to go (not including the United States). This is why I believe Bulgaria is the best second passport in the EU.

Bulgarian citizens have visa-free or visa on arrival access to 153 countries and territories, ranking the Bulgarian passport 21st in the world. You can travel to most countries for 90 days, including UK, Hong Kong, Taiwan, and basically all of the Caribbean.

You can also travel throughout the Schengen region of the EU with your valid passport. Many from Bulgaria live in Schengen, but you will not get a work permit with a Bulgarian passport. That’s only available with a second passport from Austria or Malta.

If you hold a passport from a Schengen country, you may live, work, and travel to any other nation on the list. You must still show a valid ID card or passport when travelling to or from Bulgaria, Croatia, Cyprus, Ireland, Romania and the United Kingdom. While part of the EU, these countries do not belong to the border-free Schengen group.

How to Get a Second Passport from Bulgaria

Note that you will have residency in Bulgaria during this time. Your travel options outside of Bulgaria will be limited until you get your second passport, but you may live and work in Bulgaria.

Here’s the next reason I believe a passport from Bulgaria is the best second passport in the EU.  Your 2 million BGN investment may be in Bulgarian bonds. No need to buy real estate you will never use, pay carrying costs, tax, and all the other BS. Invest in guaranteed government bonds for five years, and you are done.

Here’s the final reason I believe a passport from Bulgaria is the best second passport in the EU.   Their fast track program allows citizenship to be earned in about 12 months after residency is achieved. As of 2016, residency is processed in 6 to 12 months. So, the process can be completed in about 18 to 30 months – to be on the safe side 30 months.

Here are the requirements to qualify for Bulgarian citizenship:

3. Provide a proof of legitimate source of funds;

7. Be able and willing to travel to Bulgaria to complete residence process;

There are no nationalities or religion restrictions to apply for a second passport in Bulgaria. There are no requirements pertaining to management and work experience, education, or age limit to apply. This is a cash for passport offer.

Travel to complete the program:

You will need to plan three appointments in the nearest Bulgarian consulate:

1st appointment:      for the signing of powers of attorney and the set of bank documents

2nd appointment:     for submission of application for Bulgarian visa D

3rd appointment:     for receiving the granted Bulgarian visa D (optional – some Bulgarian consular offices accept passports for stamping even if the passports are presented by a third person)

You will also plan at least two trips to Bulgaria for personally signing and submitting application documents before the Bulgarian authorities.

1st trip:  to submit request for permanent residence – this procedure is completed within 1 day

2nd trip:  to submit application for Bulgarian ID and to collect the Bulgarian ID – the application is submitted within a maximum of 2 hours. The ID card is ready on the 3rd business day following the day of application.

I hope you have found this article on why I believe Bulgaria is the best second passport in the EU. Please contact us HERE for more information.

You might also like to read my recent posts, The Best Passports and European Second Passport Programs

Is Nicaragua on your radar? This is a fantastic article

Reasons to Operate a Business Offshore

Open a Business in Mexico in 24 Hours