Retire to a Barge on the Canals of France - Escape Artist

Retire to a Barge on the Canals of France 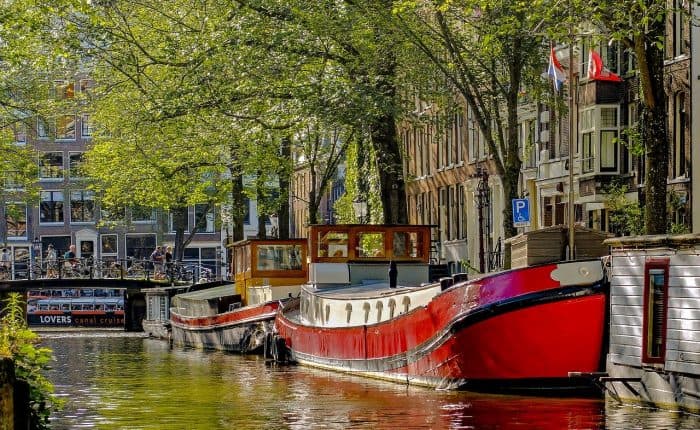 Retire to a Barge on the Canals of France

For many people of a certain age and stage of life, and income level, setting up housekeeping on a barge is an ideal way to live in Europe, at least for one or two years. A well-equipped barge offers all the comforts of a home because many are as spacious as an average American house–2,000 square feet is common–without having to mow the lawn or even stay in the same neighbourhood. You are hardly aware you’re on a boat because the barges are so heavy that the traffic on the narrow, shallow canals does not produce the usual rocking motions of boats.

There is the added advantage of being able to move in the event of obnoxious neighbours. Moorage fees are a seldom thing, and when they are charged they are modest by American marina standards.

More and more Americans moving to Europe are buying barges rather than apartments or homes, and a few are supplementing their income by taking on paying passengers a few weeks each year. The general rule most follow is to buy the barge in The Netherlands or Belgium because they are cheaper than in France. Several Dutch barges are available in Britain as well, but getting the slow, flat-bottomed vessels across the English Channel is a major factor to be considered, especially for inexperienced boaters.

In European boating circles, nearly all barges that have been remodelled for homes and hotels are Dutch barges because nearly all were intended to haul freight on Holland’s maze of canals and lakes. They were built for cargo space, not speed, and do not have the graceful clipper lines of sail and powerboats. Most are built like enormous shoeboxes with only a hint of a curved bow. Only the few built to be powered by sails rather than teams of horses have the sharpened clipper bows. This bluntness is part of their blessing because the enormous, boxy cargo space allows you to use virtually every square inch of space for living. French barges, called peniches, were built only for canals so they tend to be even boxier in appearance with hardly a hint of graceful lines, and usually, their hulls are made of thinner steel or iron.

What does a well designed and furnished barge offer? Usually, it will have at least two bedrooms and one, perhaps even two bathrooms, a large living room/salon, and a galley. In addition, it will have a considerable amount of storage, a good diesel engine, electric generator, holding tank, potable water tank, heating and perhaps air conditioning. In other words, everything you need for comfortable living.

While barges come in almost any length you want, the canal locks in France dictate that they be no longer than 114 feet (38.5 meters) and no wider than (16 feet) 5.2 meters. Thus the largest barges are usually no longer than and 110 feet (33.5 meters) long, leaving room to open and close the lock gates. In order to clear the many bridges across canals, barges cannot rise more than 10 feet (3.7 meters) above the water (called the air draft) and the shallow canals limit their water draft to about 4 feet (1.2 meters). Some owners have a special rack in the rear portion to park a small car.

Dedicated do-it-yourselfers can go to The Netherlands or Belgium and buy a retired freight barge for as little as $20,000 and have it converted to their own specifications. If the bare barge you find is too long for the French canals, you’ll have to decide what length you want. Be careful with the boatyard in this case because one the plans for one hotel barge called for a certain length but the boatyard cut an extra meter out of it, throwing off the entire plans. When a barge is shortened, its long, flat sides are an advantage because the mid-section is simply cut out and the barge is welded back together. This gives you a very large empty steel or iron box to which you must add everything: engine, holding tanks, sewage system, water system, electrical generator, rooms, furniture and so forth.

Excerpted and adapted from the ebook “On Still Waters – Living and Traveling on the Canals of Western Europe and Britain” by Archie Satterfield.

I hope you enjoyed reading this article: Retire to a Barge on the Canals of France. If you have any questions, please contact our office HERE.

Emigrating to France? Here Are 5 Things You Need to Know About Your Pension

Living and Investing in Europe

Why Retire to Asia?