What You Need To Know To Move To France - Escape Artist 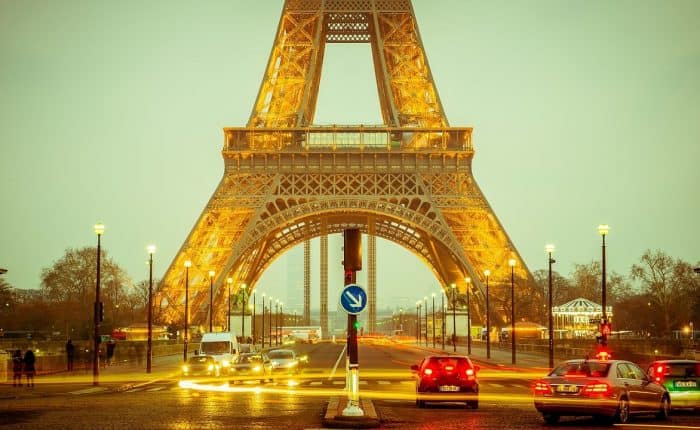 Having multiple passports is one of the fundamental tenets of the Flag Theory. As you get multiple passports and nationalities, you slowly shed your identity as a national of one nation and become a global citizen with potentially unlimited freedom to move around. This physical freedom is only one aspect of acquiring multiple nationalities, there’s an entirely whole new world of financial opportunities that open up to you.

There are few countries in the world that present a path to a better life than those in Europe. Even in Europe, France is undoubtedly one of the most advantageous to live in. The country has one of the most stable economies in the world— it’s a beautiful country, rich in culture and not a sprawling mass of urban structures. It’s a pleasant place to live in and also presents a lot of opportunities to the Perpetual Traveller.

If you’ve made the decision to move to France, then Kudos to you and if you’re considering a move then you should know what path to take and what you get out of it.

Citizenship By Blood, Descent Or Birth In France

The French are pretty traditional with their nationality laws—they follow the Jus Sanguine or the Jus Soli laws when deciding who can get a passport. Jus Sanguine effectively means that only people who are of proven to be of French descent qualify for nationality. Jus Sanguine literally means “by blood” and those who are born to French nationals automatically qualify for citizenship. It doesn’t matter if your parents have relinquished their nationalities; if you can show any close direct relative (grandparents for example) as a native French national, then you can apply for citizenship.

Similarly, you have the Jus Soli laws of nationalities which means “Of the soil” implying that anyone who’s born on French soil qualifies for a citizenship. This is a fairly tricky process, where your parent’s or relatives need not be French citizens but if you’re born in France, then you automatically get citizenship. Clearly this isn’t a route that many can follow, but it helps to know what the options are.

The French have a long intellectual history which is directly tied to their cultural values as well. As a highly political nation, the French are one of the most socially liberal nations on earth who protect their political values and place a high value on individual freedom.

To that end, they’ve created these societies which elevate your freedom and agency above all else. It’s because of this freedom, that the French people have taken their cultural development farther than possibly any other nation in the world. The emphasis on art and beauty as reflected in the architecture and cuisine is easily noticeable.

While many people think that the French people are all about the art, beauty, and art they forget that it’s also one of the most economically prosperous nations in the European Union. The country has some of the finest financial services in the world, with leading economic sectors like logistics, pharmaceuticals, automotive and robotics.

There are plenty of opportunities for people to invest in the economy, and sustain their financial status while also spreading their portfolios across the entire European Union.  The best thing about living in France is the fact that you have ample business opportunities in the country and specifically throughout the rest of Europe as well.

You Must Learn The Language

Even though many people in France speak English, you’ll need to learn French if you want to fit in. This is necessary if you’re applying for French nationality through marriage and it’s essential if you want to settle down in the country. Considering the attachment to their culture and value systems, the people in France exclusively speak French and it makes it easier for you to assimilate with the rest of the society.

Here is an amazing interview with my friend Olly Richards: Secrets to Learning A Foreign Language Quickly

France is a great place to live, and the Perpetual Traveler has much to gain from moving to the country, just be mindful of the length of stay in the country and the taxes that come with that.

If you decide to go the route of French nationality, you can travel throughout the world and have access to some of the finest financial services that Europe has to offer.

With the amount of time you’ve spent developing your financial well-being, it’s only right that you spend some of it on yourself. While making money is great, it’s of no use if you can’t experience a life of freedom—in many ways, it’s only money that can buy you freedom. As a financial libertarian, I am firmly of the opinion that your overall agency is dependent on your financial independence and your wealth. Moving to France is a great way to enjoying your financial success and it also offers you the opportunity to financially grow even more.

If you want to learn French before you move, then you should probably speak to my friends at iwillteachyoualanguage to learn French with the experts, their methods for learning French are proven to work.