The Birthplace of the James Bond Spy Stories

Few people realize that the inspiration for James Bond originated during World War II in the seaside Portuguese resort of Estoril, 18 km southwest of Lisbon.

Portugal played a crucial role in the history of WWII, even though no blood was spilled in its territory. Despite political pressure, Portugal remained neutral during the War, leading to intense spy-activity from both the Allies and the Axis agents that operated openly in and around Lisbon. Portugal also became a temporary home to much of Europe’s exiled aristocracy (notably Spanish, Italian, Bulgarian, and Romanian royal families) and other influential people, as well as a stop-over for over one million refugees (mainly Jews) that sought safe-passage to mainly the U.S. or Palestine.

The coast, flowing from the Tagus River onto open Atlantic, between Lisbon and Cascais became known as the ‘Coast of Kings’ due to its abundance of royalty during this period.

During the war there were as many as fifty intelligence agencies operating in and around Lisbon. There were official spies, but these were vastly outnumbered by an army of freelance amateurs, including: waiters, prostitutes, cleaners, taxi drivers and shopkeepers who watched and listened and reported to whomever was paying, regardless of allegiance.

Stationed at Estoril’s luxurious Hotel Palacio during the height of WWII in 1941 was Ian Fleming, a journalist and British Naval Intelligence Division Officer. He was in Portugal to devise Operation Goldeneye, an Allied plan to monitor Spain and defend Gibraltar in the event that Spain joined the war on the side of the Axis Powers.

A few hundred metres away (and visible by the higher balconies at the hotel) was Tamariz beach, where ships would send signals via signaling lights.

Within the hotel, Fleming’s favorite bar is known today as “The Spy Bar” and is open to guests who wish to sample the from the extensive cocktail menu, including Martinis (shaken, not stirred of course). The hotel’s dimly-lit bar and original wooden decor and checkered marble floors of the bar has been well-preserved, transporting visitors to the 1940s. 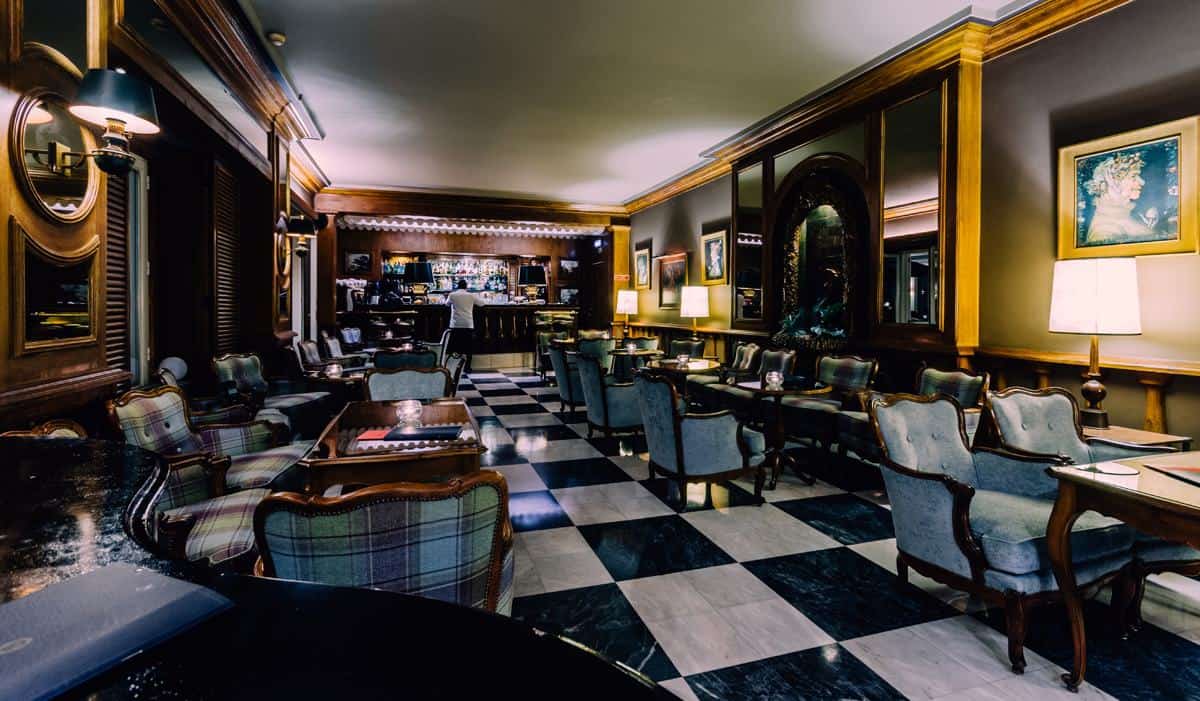 The long and narrow “The Shining” style-corridors have become a museum with historic original memorabilia. 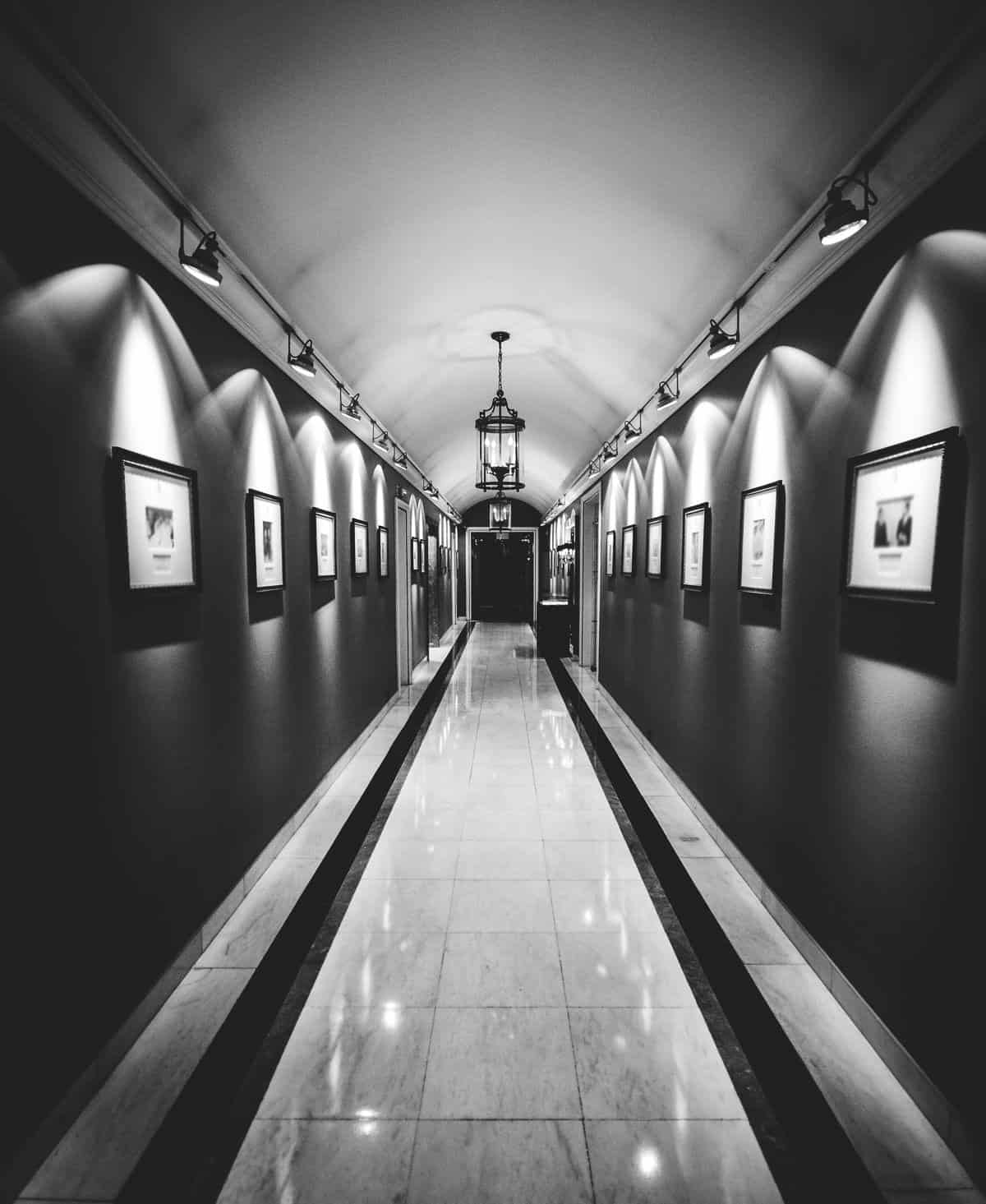 The hotel is adjacent to Casino Estoril, where Royals mixed with spies and wealthy Jewish refugees and huge sums were gambled.

Popov, a Serbian and British double-agent, was a womaniser, gambler and had a taste for champagne and sports cars. His nickname was “The Tricycle” for his penchant for having a woman on each arm and sometimes a third in tow.

He was a character who fascinated Ian Fleming tremendously and would become the inspiration for the character of Bond in his series of spy novels. Starting with his first novel, Casino Royale, which was written at his summer house in Jamaica, “GoldenEye” and published in 1953. The James Bond film series debuted in 1962, with “Dr. No”.

In Popov’s 1974 book of memoirs, “Spy/Counterspy,” he wrote: “I’m told that Ian Fleming said he based his character James Bond to some degree on me and my experiences. As for me, I rather doubt that a Bond in flesh would have survived more than forty-eight hours as an espionage agent.”

On Her Majesty’s Service

In the sixth film of the James Bond sage, On Her Majesty’s Secret Service (1969), James Bond (played by George Lazenby) stays at the Hotel Palácio Estoril and many scenes are captured at the hotel and the surrounding areas. Nearby locations include Guincho Beach in Cascais, where the famous beach-fight scene took place.

Next time you head to Lisbon, take a 35-minute train journey from Cais do Sodre and spend the day in and around Estoril, and be sure to visit Hotel Palacio and surrounding Cascais municipality!

For more information on Lisbon’s fascinating spy history during WWII, read “Lisbon: War in the Shadows of the City of Light, 1939-1945” by Neill Lochery.

We hope you enjoyed our article on Estoril, Portugal. For more information on 2nd residency and passports, you can contact us HERE