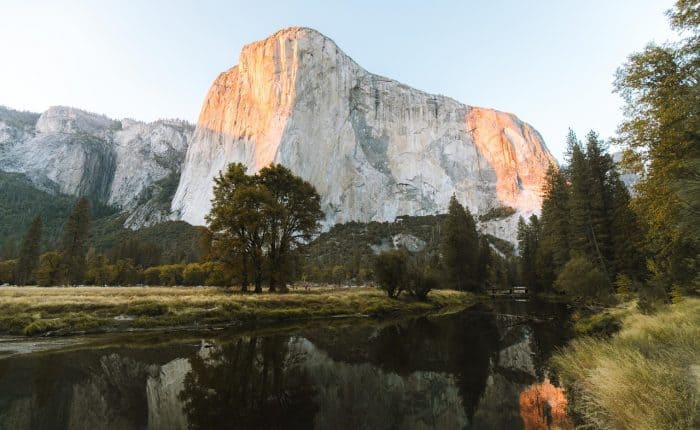 I have lived in San Salvador, the capital of El Salvador, since April 1999. El Salvador is the smallest country in Central America, and it has the highest density of population in the region.

There are 3 major cities, San Salvador, San Miguel, and Santa Ana, but I will mostly tell you about life in San Salvador. Tourism is just beginning to pick up, so investment here could be good.

Right off, I should warn you that you will have to speak at least basic Spanish. English here is not used a lot, but some lawyers, doctors, and engineers do speak English very well.

Also, don’t believe the rubbish spouted on some government web pages. El Salvador is a beautiful country, it has its problems, but nothing close to what some of these sites report. I am British by birth, but with the very high rate of tax in the UK, and the lousy weather that was starting to play havoc with my joints. I decided to look for a warmer and less tax invasive country where I could live, in the mid-nineties.

My job as a telecoms engineer has taken me to just about every country and capital city in the world, but of all of the Latin American countries (and I have worked in 90% of them), El Salvador was the one I felt most at home in. In 1998, when I first arrived, El Salvador was already one of the safest countries in Central America. That trend has continued to the present day.

El Salvador, unfortunately, has a very bad international reputation, mainly due to the war and the human rights atrocities that took place during that war, but you have to look at the country as a criminal that has served his or her time and has no intention of regressing. The people are very friendly and helpful, and they remember what the war years were like, and do not want to ever go back to that time.

El Salvador has a very stable currency, the US Dollar. It also has the second-largest American Embassy in the world, which indicates the country’s importance in the region. The embassy takes up a whole city block, but please don’t let that put you off if you are American.

There are very high concentrations of French, Chinese, German, and English speaking peoples.

Initially, as a visitor with a 90-day visa, or a card granting temporary citizenship, you will only be able to open a Bank Savings Account, but most banks issue a Visa debit card against this type of account, and they are usable internationally. I would recommend Banco Agricola or Banco Cuscatlan.

The requirements for a savings account are a passport, an NIT, and an address. No other information is normally required. The NIT is the local version of a tax registration number, and it can be obtained from the appropriate government office with a passport, even if you only have a 90-day visa.

Permanent citizenship is normally granted after 5 years of legal temporary citizenship, and will allow you to apply for mortgages, etc.

At the airport or any border crossing, a 90-day visa is normally issued for Europeans and Americans/Canadians. This can be renewed simply by leaving the country, and then coming back in, 1 hour later if you wish.

In El Salvador, a foreigner can legally own any land, property, or vehicle. None of the messing about with having to use friends or a local business is unnecessary.

Buying land or property here is a simple process: All land and property is registered with a government office, making the verification of the owner very easy. Use a good lawyer though to make sure.

Vehicle owners are also registered, but if you buy a vehicle, make sure that you check at the government offices for outstanding fines. If not, you, as the new owner will be liable to pay. Again, use a good lawyer. It does not cost a lot.

If you want to bring a vehicle with you, pickups carry an import tax of only 5%, so are a good vehicle to bring. Ordinary cars carry about 30%. Major car dealers have a monopoly and are a huge rip-off. There is not more than 1 dealer per make of vehicle, and prices can be very high. For example, a new BMW 4×4 can cost USD 10000 more than what you would pay if you brought the vehicle yourself, and paid all taxes and registration.

Prices for land in the countryside vary enormously, but are very much cheaper than the city; you will have to do your research. Salvadoreans have a habit of inflating their prices when they see a white face, so initial negotiations should be done using a local face if possible.

Remember one fact though, every price is negotiable, and you are expected to try to lower the price of any land, property or vehicle that you wish to purchase. Prices are occasionally given in the old, non-existent, currency of the El Salvador Colon, but there is a government-mandated fixed rate to the dollar, so the cost is easily translated. Colons don’t officially exist anymore, but many locals still find it easier to think in Colones.

Shopping And Food In El Salvdaor

For those of you that want to shop, no problems, San Salvador has 4 big (by Central American standards) shopping malls. They range from exclusive and expensive, to accessible and cheap.

There are also ironmongers, building accessories, computer shops, anything you want. Prices are 10% to 30% higher than the US, as import taxes are applied. Local government taxes are 13%.

There are many excellent restaurants, with just about any type of food you could wish for, and there are also the normal fast-food restaurants like Pizza Hut, Kentucky, Burger King, Wendys, plus all of the local versions of them also. Prices are, on average, 30% lower than the USA.

Public transport here is limited to buses, but they are frequent and cheap. They can be a little bit risky. Robbery is not as common as it used to be, as the police ride some buses openly or covertly, but they still happen. Incidentally DO NOT attempt to bribe the police. I have heard that Salvadoran jails are not quite up to international standards, and that is where you will end up.

Taxis are plentiful and can be found in varying states of repair. Most of the roads in the city, and the major artery roads are either in the process of being resurfaced, or already have been, with widening of the major roads taking place. There are some bad roads, but NOTHING like I have seen in Costa Rica for example.

El Salvador has many excellent beaches, and the sand varies in color from Black to White and all in between. This is because of the volcanic activity in the past. The beaches are all on the Pacific. There is a lot of property and land for sale on some of these beaches, at good prices.

There are many lakes, with crystal clear water, good for fishing and swimming, and houses regularly come up for sale in these areas also.

If you want mountain scenery, El Salvador has it. The active volcanoes, well worth the visit. Honestly, you can find anything you want, and if not, you can buy the land and build it, cheaply.

There are at least three major Mayan ruins sites that I know of, all worth the visit, and one is only 30 minutes outside the city.

El Salvador has a major earthquake around every 20 years, and there are frequent minor ‘quakes and tremors. Don’t let this put you off the country though. Housing standards are high, and every house is built to withstand the biggies.

There are only really 2 seasons here, Rainy and Dry, and they are both very welcome. The rainy season lasts from around May to November, and during this time, it rains at least once per day, heavily, but for only a few hours, and normally in the evening.

So, visits would be better in the dry months, but try to avoid the Christmas week, and the week of Easter (Semana Santa). In these periods, prices rocket for hotels and flights, and the beaches are crowded. There are also more road accidents, due to more cars on the road, and occasionally, drunkenness.

I hope you enjoyed reading this article: Living In El Salvador: A Forgotten Beauty. If you have any questions, please contact our office HERE.

Which Central American Country Is The Best To Invest In?

5 Myths About Living In Central America

What To Know Before Retiring To Central America

My Life As A Soon-To-Be Expat In Central America

Excerpted from “What You Need To Know About Living In El Salvador: A Forgotten Beauty” by Phil Davies in Escape From America Magazine, Issue 47.

Driving in the philippines

Tips for Securing Your Bitcoin Wallet