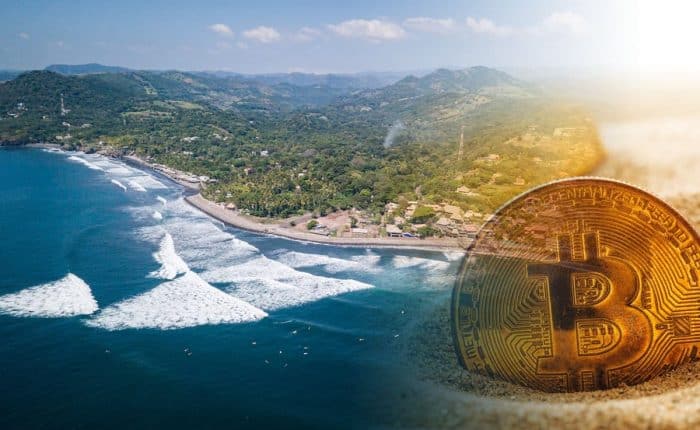 Throw all expectations about El Salvador and Bitcoin out the window. This interview is for the person looking to reconnect with the experience of being part of something new, something edgy, and ends an enslaving system. You decide. El Salvador Bitcoin: Good or bad?

Mike Cobb: I’m doing great. And I’m going to turn the tables on you. Where are you going tomorrow, Charlotte?

Mike Cobb: You’re going to be there a while, I understand.

Charlotte Tweed: For six weeks. Going to be taking in some exciting things, some community activities, tourist activities, real estate activities. The first thing we’re doing on Saturday is joining Yaka from ECI with the Rotaract group. We’re going to do some garbage pickup in Central Park and along the beach.

Mike Cobb: Fantastic. You’re going to have a great time. I knew it was coming up, so safe travels tomorrow. Now, you have some questions for me.

Charlotte Tweed: I do. We’re going to chat today about El Salvador and Bitcoin. El Salvador’s historic adoption of Bitcoin as legal tender on September 7th is on everyone’s mind. How will the radical change break the paradigm of El Salvador’s past?

Mike Cobb: Wow, that’s a heavy question. I’m going to take one little bite out of that question. You know, I think El Salvador has suffered from—not just the perception of high crime—but one of the highest crime rates in Central America for many years. It has come down significantly over the last four years and continues to improve. Going from one of the worst, highest crime rates in the world but significantly on its way down is a big deal. They’ve always been this incredible industrial engine in Central America.

They’ve been an incredible manufacturing facility. They’ve got a lot of industry. This move to Bitcoin as legal tender; I believe it adds a whole other element to El Salvador’s portfolio. Like Puerto Rico started attracting all the Bitcoin billionaires and millionaires. You know, it really had this powerful effect in Puerto Rico. Now, when you’ve got the whole country of El Salvador that has the same kind of rebirth of financial vitality with Bitcoin, you’re going to bring in a significant number of new investors who will be looking at different types of investment such as opening, different businesses, software business, that type of thing. There are all kinds of Bitcoin-related crypto-related service industries.

A lot of affiliate programming and other types of online remote work have captured the imagination of Bitcoin enthusiasts. They will be coming to El Salvador to live in many cases. And when they do, they’ll be bringing in their business ideas. They’ll be bringing their entrepreneurial spirit. This will be transformative in ways that El Salvador probably couldn’t predict outside of what I would call the strict monetary piece. I think people get these other benefits that really transcend into something very powerful and wonderful for the country of El Salvador.

Charlotte Tweed: That brings me to my next question to kind of flesh that out a bit, especially you mentioned the new investors coming into the country. So how will the legalization of Bitcoin help El Salvador advance towards the First World?

Mike Cobb: Well, a couple of things. As more and more people come to El Salvador—because it is a powerful investment destination—they have an investor visa which is three Bitcoins. That’s what it is. It’s not dollars, it’s three Bitcoins. With three Bitcoins you become a resident, an investor resident of the country. They’ve made it very easy and affordable for people to choose to go to El Salvador to live or spend a lot of time or set up a business. These kinds of things really matter a lot. Let me touch on something kind of unrelated, but also not unrelated… Remittances are monies that people earn outside their home country and then send back. Imagine that your son and daughter, and a couple of sons, or a couple of daughters, move to the U.S. or Canada and mom’s still back in El Salvador.

Every month they want to send her a couple of hundred dollars. Right now, they must use the traditional banking system, which is difficult because many people in El Salvador don’t have traditional banking.  They use a wire service such as Western Union or something like a Western Union. Those guys charge high fees. For example, out of a $200 wire back to mom, maybe $30 or $40 dollars are taken at one end and maybe another $20 or $30 at the other. So now $50 is taken out of a $200 wire. Well, that’s 25% gone. It’s very significant. 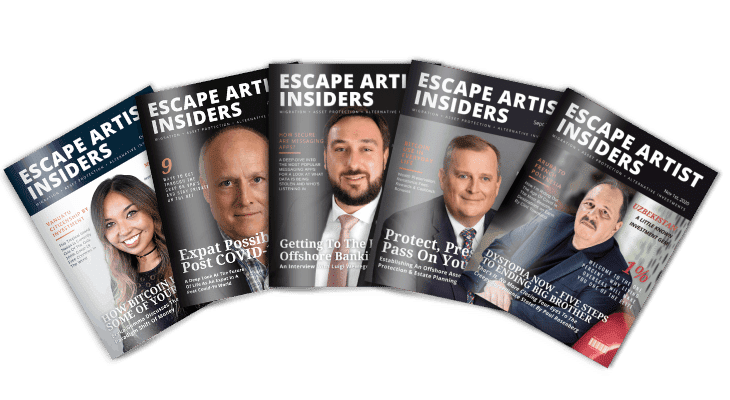 Using crypto, almost all of the $200 goes to mom, because a crypto transfer might be a few cents. Transfers with crypto cost infinitesimal amounts of money to move from one place to the other. El Salvador received approximately $6 billion in remittances in 2020. With crypto, an extra 20% of that number would end up in the Salvadoran economy. It’s a lot of money.

Another huge benefit will be the Bitcoin enthusiasts who decide to make El Salvador their home, set up their businesses, create jobs, be an incredible revitalization of the economy. When people come down, they buy a home. Think about that. They’re going to buy a home. Somebody has to build that home. Those are jobs for Salvadorans. At ECI, we’re developing a community in El Zonte and Bitcoin Beach for Bitcoin enthusiasts. It will be a community where people will want to live. 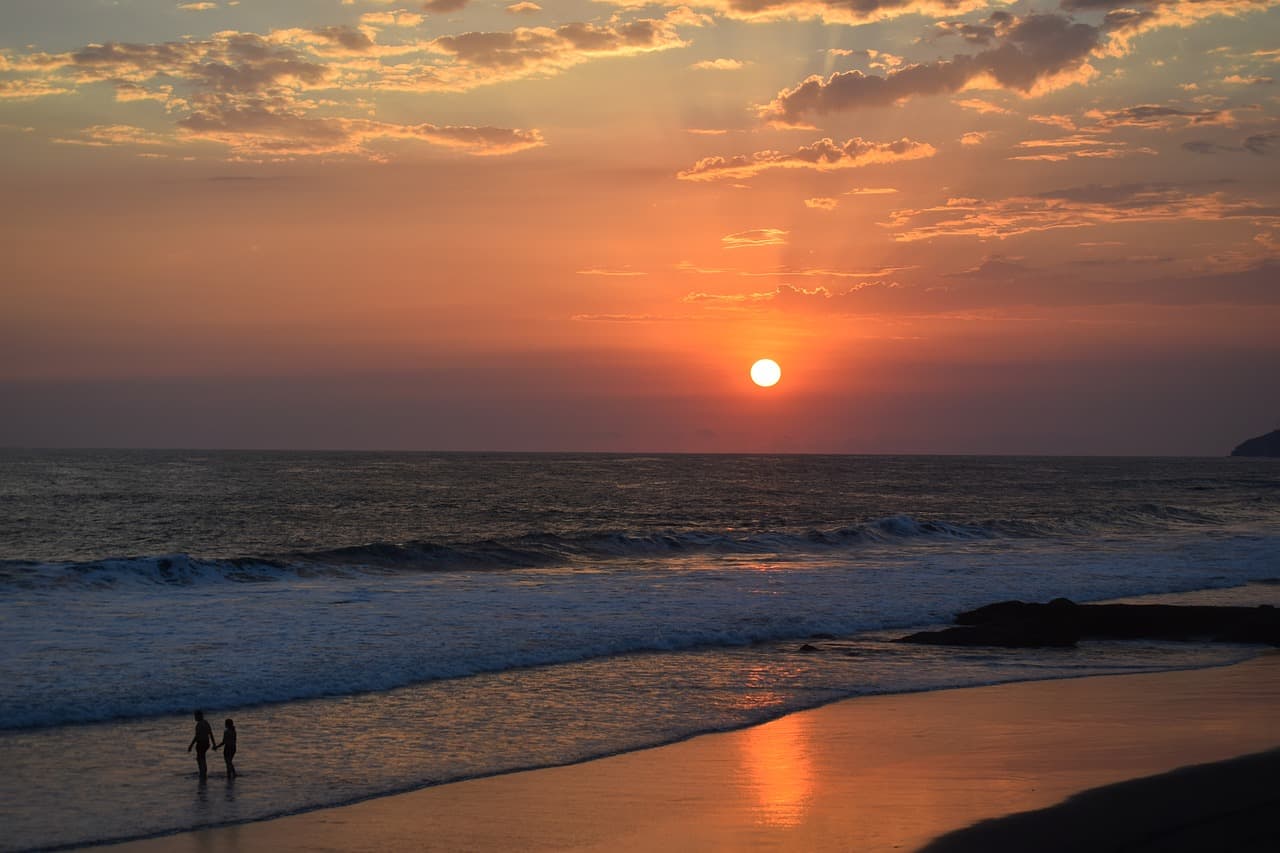 We did a survey and I was shocked that 41% of the people who answered the survey said they were going to live in the community full time. When somebody lives there, full-time, they’re a perpetual traveler. They’re going to the grocery store, they’re eating out, they’re going to the bar, whatever. They’re engaged and contributing to the economy, or they also start a business. Many of these people are in their 40s and 50s. That was the biggest chunk of the age demographic of our survey, 40 to 59. These folks are probably going to want to work or do business. Again, you’ve got a lot of things all coming together to make a big difference.

Charlotte Tweed: Thank you for explaining the remittances and how those work, because a lot of people don’t understand how those fees don’t stay with El Salvador people, and they don’t stay in the country, which is with the Bitcoin transactions it’s staying in the country. That makes perfect sense.

You have been to El Salvador. Have you ever got the feeling that Salvadorans are skeptical about using Bitcoin?

Mike Cobb: Some are. Let me be clear. I was in El Zonte, the home and hub and the launching point for Bitcoin in El Salvador. The gentleman we’re working with, Mike Peterson, is known as the godfather of Bitcoin in El Salvador. He’s our joint venture partner there to build the Gran Zonte community. We were in an area that is highly Bitcoin-centric. I think there will always be skeptical people. I saw a quick blurb from a New York times writer saying how horrible it was and that it’s a big rip-off. Fine. That’s their opinion.

Everybody’s entitled to their opinion, but the overwhelming attitude that I’m picking up in media, with the people we are working with in El Salvador, and the people who are using Bitcoin transactionally, they love it. They absolutely love it. It has given them the ability to have an official kind of banking, official monetary engagement in a way that they couldn’t before, because they weren’t going to go down to the bank or they don’t have the ability to open a bank account. But when they’ve got their money on their phone, it’s a bank account—it’s a Bitcoin bank account. Now, people can move from the informal economy to a formal economy, or some part of that formal economy with their Bitcoin wallet, which is basically like a bank account. Most people are for it once they understand it. I understand there have been protests in the capital, small groups of people who are against it. Some of the media’s out there saying that it’s not a great thing. But overwhelmingly the response has been positive both in the media and from the people on the ground who are utilizing Bitcoin as a medium of transaction.

Charlotte Tweed: How has your experience been when visiting the El Zonte community?

Mike Cobb: One of the things that I found wonderful was the incredible warmth of the people. I’m used to living in Latin America, I lived in Nicaragua for 14 years. I felt like El Salvador was home. El Zonte was another home. It was another place that I felt very comfortable and enjoyed the engagement with the people. The community of El Zonte, Bitcoin Beach, is tremendous. What we’re doing there will be fantastic as well, building a tourism village for folks who want to come down and be a part of that broader Bitcoin Beach community. Very exciting times.

Charlotte Tweed: Excellent. Well, thank you for the update on El Salvador and Bitcoin. Always a pleasure chatting with you, Mike.

Have you ever wondered what would happen if you released your tight grip on your misconception of a country and cryptocurrency? Opening your mind to the good that El Salvador and Bitcoin can do for local communities? Courageously blowing up your comfort zone? That is what all our stories have in common. Pour yourself a shot of courage and… Join the Conversation with Escape Artist Magazine.

Retiring in Switzerland, a Wealthy Nation

Disqualified Persons in a Self Directed IRA