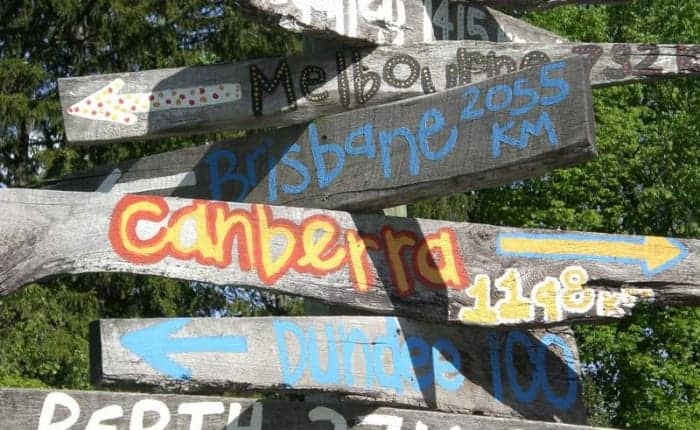 When moving to a new country there are always many things to think about. Where to buy a house, what schools are available, will there be health insurance and how are the hospitals and doctors in our new home country, should I buy a car or use public transportation. Will it be difficult to adopt to my new country and its people?

It seems, that it should be very easy to move to Australia, it is like a mixture between the UK and the USA, everybody speaks English, there are McDonalds and KFC restaurants everywhere, the economy is strong, the infrastructure modern and sophisticated, so everybody should feel just like at home. And basically everybody does feel like at home apart from a few differences that may make life in Australia just a bit foreign.

Due to the variety of races and cultures Australia adopted the “fair go” as their main cultural point. Everybody has the opportunity to thrive and be successful not because of favoritism or social hierarchy but because of talent and hard work. Men and women have the same rights and obligations inside and outside their homes and expats moving to Australia have to sign a “Values Statement” declaring they will abide by the local value system, and they will uphold the laws of the land.

Handshakes and first name basis is the norm and family values are very important. People speak their mind and don’t beat around the bush, but at the same time they are very polite and standing in line and being punctual is part of everyday’s life.

In the cities public transport is of a very high standard, with buses, trains and even trams in some places, available on tap. Taxis are also available, for a relatively low cost. But if you plan to move permanently to Australia the purchase of a car will be your best option. European cars are very expensive as are spare parts and maintenance so the best option would be to buy an Asian car.

If you need health insurance and are a British citizen you can use Australia’s national health service called Medicare, due to the current Reciprocal Health Care Agreement (RHCA) with the UK. Permanent residents are also covered, but if you have entered Australia under another visa programme your eligibility may be waived and you’ll need private health insurance. The Australian government as well as the Private Health Insurance Administration Council (PHIAC) provide information and advice about private medical cover

The education system in Australia has a good name, and since there are no language barriers, parents don’t have to worry about finding an international school for their children. There are, however, the usual choices between state and private schools, but both demand full-time attendance from the age of six to either 15 or 16. Schools tend to be run by the individual state governments rather than by the national government, but pre-schools are unregulated. Tertiary education students are charged higher education fees unless they are Australian citizens. The school year in Australia runs from late January/early February to December. With the exception of Tasmania who has 3 terms, all states have a 4 term year. There is a long summer holiday during December/January and a break of between 10 days and 1 month between each term. The school day runs from around 9 am to around 3 pm.

I hope you enjoyed this article: Moving to Australia. If you would like additional information, please contact our office HERE.  Also, I would like to share a few articles I hope you will enjoy on Australia!

Renting or Buying in Australia