Australian Expat Guide - How Do You Contest a Will Overseas? 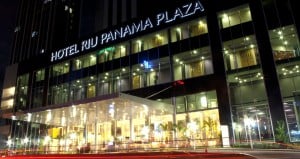 The courts only change the provisions of a valid will for legitimate reasons. If you are living overseas and are looking to contest a will in Australia, you need to know the grounds for making such a claim and whether you qualify.

When Can You Challenge a Will?

An estate planning lawyer will advise you that the grounds for contesting a will are any of the following:

If during estate planning, the will is drafted in a clear language, the courts will hardly interfere with the deceased’s wishes. However, in case the elements of the will were ambiguous, the courts may attempt to clarify the will maker’s wishes if an interested party or the executor of the deceased’s orders makes such an application. The court’s main objective is to implement the will maker’s wishes and to intervene when the will fails to achieve its intended objectives. When making a will in Australia, people are warned against using ambiguous statements or languages to prevent future conflicts.

Who Can Contest a Will?

During estate planning, the applicant has the right to apportion assets and property any way they deem fit. However, when a family member or someone with close ties to the will maker is not included in the will as a beneficiary, they can dispute a will. The people who can contest the will on grounds of being left out as beneficiaries include:

When deciding whether someone qualifies to dispute a will, the court may consider the applicant’s age, mental/physical disabilities, and financial resources.

The deceased’s partner is their domestic partner for two consecutive years, spouse, or a person who shares a child with the deceased.

A former partner is eligible to contest a will if they were the will maker’s domestic partner for two consecutive years, or if they shared a child with the deceased.

How to Contest a Will

The Statute of Limitations of Contesting a Will

According to the ACT, contesting a will time limits should be followed. A person should make a claim to contest a will 6 months before the date administration or probate is granted. In some special cases, claimants are allowed to apply after the expiry of 6 months. To make a claim six months after the administration or probate has been granted, one needs to prove “sufficient cause.” Applicants should show the court sufficient explanation or justification to be allowed to contest after the expiry of the limitation period. Your estate planning lawyer will advise you on the exceptions of statutory time limits of contesting a will.

What Does the Court Consider when Listening to a Claim?

According to the ACT, the court looks into several matters when a person files a family provision claim. The main considerations include:

I hope you got value from this article: Australian Expat Guide – How Do You Contest a Will Overseas? For information on Asset Protection or moving your business to Australia, please contact our office HERE. I’ve also added some really great articles for you to read:

How to Stay Young at Heart When You Retire in Australia

Sponsoring Family Members to Australia: Is it Possible?

Overseas Self-Directed IRA? Don’t Have to Go it Alone