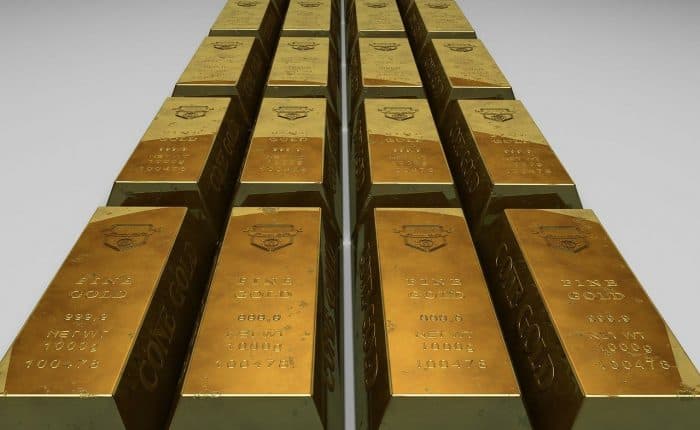 Traditionally, there were two major gold markets in the world—New York and London. Recently, Hong Kong moved to the center of gold markets with the creation of some of the largest gold vaults in the world. Today, however, we find ourselves in a unique situation—London is going through Brexit, New York is caught in a trade war and Hong Kong is facing intense political pressures from pro-democracy protesters. Let’s discuss moving your gold to Panama ~ today!

With these considerations, this is the best time for you to move your gold holdings out of these three locations and perhaps even switch from securities investments into gold. I personally think that we’re edging towards an economic calamity and potential economic recession, and the traditional places to hold your gold are no longer the safest.

So, if you can’t take your gold to New York, London or Hong Kong, where should you take your investments? The answer is, Central America, and more specifically, to Panama. Panama is one of the most open economies in the world, second only to Hong Kong—although they’ve made service outsourcing a priority, they’re moving towards gold vault storage as well.

I’m writing this article as a potential warning, specifying the reasons for why I think we’re moving towards an economic recession and why you should move your gold to Panama instead.

The World On A Precipice

The US-China trade war and Brexit are two of the most significant events of contemporary history. It’s a time when nationalistic, populist politics is ravaging most of the achievements of libertarian economics and finance. I’m not even surprised that it’s turning out like this to be honest. The British Premier Boris Johnson promised that the UK will only help the Britons and Trump wanted to make America great again, but what has that really accomplished?

England finds itself in the middle of a political nightmare, where they can’t really decide if they want to leave the EU. Considering the deeply entrenched economic codependency across Europe, including Britain, we don’t even know if Britain can survive the resulting restructuring of the economy. Even now experts keep warning against the economic implications of going through with Brexit like losses worth $140 billion from the UK GDP, uncertainty about the resumption of trade with the EU, and much more. Britain is definitely heading down the path of economic catastrophe.

Across the Atlantic, we have Donald Trump in a trade war with China that’s said to have reduced global economic growth rates to half of what they were originally projected to be. A prolonged trade war has brought both the US and Chinese economies to a standstill considering both economies were each other’s largest trade partners. An added effect of this trade war is sending the Chinese economy into a recession that’s just not going to bode well for anyone around the world. Add to this, the political and economic certainties in one of the largest financial centers in the world and it becomes clear that we’re headed towards potential financial collapse.

The Emerging Role Of Gold

Its basic economics that when financial instruments become volatile and uncertain, people move to commodities to protect themselves against the resulting shock. This isn’t apparent at the moment, mostly because we keep underplaying the possible implications of both Brexit and the US-China trade war. However, experts have begun voicing their concerns about a prolonged trade war and Britain’s inability to settle the uncertainty of Brexit once and for all. Each of these events has forced global gold markets to reach higher valuation and forced a greater spread across gold markets.

None of this comes as a surprise really, given the global economic environment. However, it’s interesting that the three centers of global gold markets are now under threat of economic collapse. Now we need to consider what our next option is, and as I mentioned before, it might very well be Panama.

Panama As The Center Of Global Gold Markets

It’s come to my attention that Panama is building its gold markets by using its various trade treaties as a way to attract greater capital investments. The use of residency by investment plans attracts millions of dollars in FDI, a large chunk of which comes in the form of investments in gold storage vaults. As the Panamanian authorities work towards acquiring a greater role in global economics, there’s been a definite increase in the number of funds flowing into the Panamanian economy.

As investors lose faith in Hong Kong, New York, and London, they’re focusing their attention on Panama to save up gold with the various gold storage vault service providers in the country. The one thing that works for Panama is its centrality in global trade routes and control over the Panama Canal. Ever since the creation of the Panama Canal, and the development of various free trade zones in the country, Panama has hundreds of billions of dollars flowing through the country. All of the conditions needed to create a robust center of commodity trading.

It seems like more people are beginning to take notice of the potentials offered by the Central American country and spending on gold vaults has also increased. I personally work with people at the Fort Kobbe Depository who tell me that investors are honing in on their services to protect themselves from the consequences of a potential economic fallout between the US and China. With Hong Kong also in a crunch, it seems like no one can really rely on the autonomous economic regimes in light of a growing threat of Chinese military encroachment.

I don’t think we really have much time to wait around for the economic implosion between the US and China, nor for the economic impacts of Brexit on the global economy. Combined with the political crisis in Hong Kong, both Brexit and the trade war don’t bode well for anyone following traditional methods of financial management. We need new options, switch to commodity investments, and create fail-safes against the economic crisis that comes with the crash of any of these markets—Panama is possibly one of the best places to do that in.

I hope you found this article; Moving Your Gold to Panama – Today! interesting and compelling. This is serious business and I would hate to see you waste any more time storing your gold elsewhere.

So, are you ready to invest in Gold? To move your precious metals from London, New York, Hong Kong or anywhere else in the world to Panama? Or do you just want more information on gold vaults? Contact us here are we’ll start the process immediately to secure you the best gold vault in the world.

How to gain access to banks and investments closed to Americans