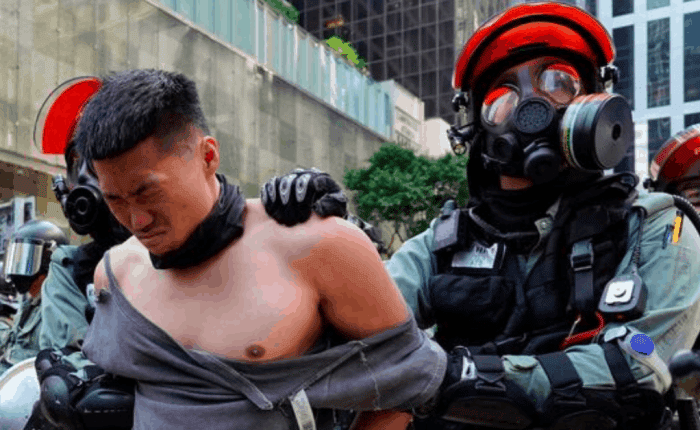 Looking To Move Your Money Out Of Hong Kong? Discover How – Download Our Special Report On Offshore Banking For FREE By Clicking Here

There is one offshore haven that has traditionally been known as a preferred tax haven for much of its history. The country has been known for its lax tax structures and top-class financial service sectors which have helped many build sizeable wealth offshore. One of the biggest plus-points going for this offshore haven is the ease of access to its financial sector that uses minimal screening while offering some of the most stringent privacy protection measures in the world. Right now, considering the situation in Hong Kong, the country of Belize is perhaps the best option for people wanting to move their money out with the least amount of hassle possible. Let’s dive into An Offshore Haven For Crashing Hong Kong Investors.

I say this because, right now, Hong Kong stands at the edge of an economic catastrophe which will take investors down the drain with them. As the government faces increasing internal political pressure from abroad and from mainland China, I don’t really see how anyone gets out of this in one piece. I’ve been warning people of the dangers of sticking with Hong Kong for quite some time now and it seems like my warnings were right on point. China is a monster and it is looking to gobble up everything it can get its hands on.

I now expect greater credit controls, martial law and a drastic devaluation of the HKD which no one with a sizeable financial investment in Hong Kong can survive. So, it’s imperative that you move fast and find a foothold in a place offshore, I have been recommending Belize for years because of the unique financial services the country offers and their strong banking laws and I’ve spoken of Belize before because of its incredibly convenient tax laws, and the ease of doing business in an English speaking commonwealth country. Now I speak of this in a different light, as a validation of the wisdom of the Flag Theory and the answer to a question people who have investments in Hong Kong have been asking. How do I get my money out?

Why Do You Need Offshore Accounts?

As a financial libertarian, I’ve always scoffed at the state’s ability to manage a country’s economic affairs. Even now, we see that Donald Trump and Xi Jinping are threatening a global economic catastrophe as they pursue a trade war that isn’t showing signs of stopping any time soon. Think about it, Donald Trump came to power with these nationalistic promises about making America great again and the Chinese Premier has been trying to invest his own persona with ultimate political authority. The decisions they made seem to come from a position of an egotistical-saviour-complex that’s threatening massive economic destabilization.

While these people make political decisions with catastrophic economic consequences, the government in Hong Kong is facing pressure because of certain controversial extradition laws. On top of that, the Hong Kong Premiere has the gall to impose a state of emergency that could only have riled the people up more and potentially exacerbated Hong Kong’s economic woes. It seems like these people lack a fundamental understanding of how politics affects economics and the position their countries occupy as leading economic powers. It’s obvious that their political moves will have economic consequences and they won’t be able to get those in hand.

In the latest turn of events, Hong Kong is losing a fair bit of capital to a steadily devaluing HKD and loss of investor faith in the economic environment. Considering China’s trade deadlock with the US, it’ll probably lean on Hong Kong to figure a way out of this loss of revenue without realizing that Hong Kong’s too small a party to have any significant impact on the deficits China faces. They’ll impose capital flow controls, introduce martial law and clamp down on any dissent with extream prejudice which will attract the wrong kind of political attention to the country (Tiananmen Square anyone?). Worst case scenario, Hong Kong will face a fair bit of trade embargoes of its own and lead to a total meltdown of the economy.

This is a political failure on the part of the governments in the US, China and Hong Kong for which you’ll have to pay through the investments you’ve made in these countries. This is exactly why the Flag Theory tells you to get an offshore account—to escape the consequences of state-created economic catastrophes. Even if you keep some part of your wealth locked up in a low tax country, you still have a buffer to fall back on.

The Advantages Of Using Offshore Accounts In Belize

The good thing about having offshore accounts is that they can protect you from all sorts of state-sanctioned economic and financial exploitation. For as long as your money lies in an offshore account, it comes under the jurisdiction of these countries and no one else has a claim to it.

The banking sector in Belize, especially the people at Caye International Bank, let you set up accounts remotely and require a minimum deposit amount of $1000 compared to the $250,000 asked by other offshore banks I have spoken with. In the context of taking your money out of Hong Kong, you can virtually transfer all your wealth from Hong Kong to this offshore location and sit back as Hong Kong goes down the drain, safe in your knowledge that you got out in time. In the event that the Hong Kong and China recover from this episode, you can always transfer your money back, but you’ll still have minimized the risk of losing your money to more stupid decisions by the state.

Besides this failsafe, Belize has a 0% income tax rate and other very convenient tax laws that you wouldn’t find anywhere else in the world. In terms of developing and sustaining your wealth, Belize is literally the best possible option at your disposal.

But this is all assuming you get your money out before currency controls are put into place and you are stuck there. At this point, time is against you…

I’ve always said that government intervention in the affairs of the individual is not a good thing. Time and time again, global political powers get ahead of themselves and make it a conflict over ideologies without considering the economic damage that comes out of such an approach. Be it taxes, financial regulation, this trade war between the US and China or even Hong Kong’s approach to protests—all these events have proven destructive for the individual economic agent.

In light of these events, you should really think of moving out of Hong Kong to avoid a potential financial catastrophe. I have spoken to the Vice President of the best bank in Belize and he told me they are currently accepting Hong Kong clients. Setting up an account with a reputable bank offshore is an easy process and if you are dead set on Hong Kong as your financial center, you can move back into Hong Kong if the unrest dies out, and if it doesn’t, at least you and your families wealth is safe.

What To Do Next?

If you need to get your money out of Hong Kong I recommend downloading our Special Report on Offshore Banking: How Privacy And Control Can Protect What’s Yours

In this FREE Special Report, you will get answers to things like:

Download your copy of the Special Report for FREE by clicking here.

The 3 Things You Need to Know When Retiring Abroad

How to Travel with Kids in Costa Rica

Top Mistakes Made by Foreigners Buying in Costa Rica