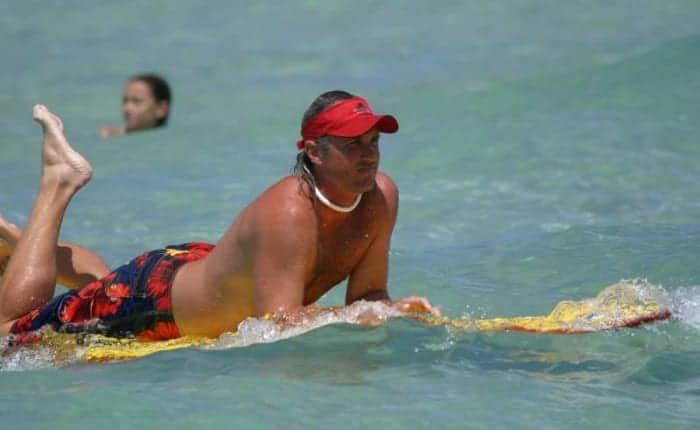 The Australian tourism industry is huge. This can work for and against you. Because the tourism industry is as large as it is, it’s relatively easy to find activities, from some of the cheapest scuba diving and skydiving rates in the world to competitively priced accommodations due to price-warring hotels and hostels.

Most Australians encounter tourists on a daily basis. While this prepares a person to work easily with other cultures, it eventually allows sarcasm. Because so many American tourists expect to see kangaroos hopping down the road or Crocodile Dundee jumping out of the bushes, a pastime has evolved: locals exaggerate or create stories with which to fool you.

People you meet, who will seem the kindest people you’ve ever met (and they ARE) will often engage in a story or two, just for fun. While driving through southern Victoria late one night, two petrol (gas station) attendants told me to watch out for the womabats, who would attack me and my campervan if I stopped on the side of the road. There is a bit of reality to this. Wombats, which look like a pit-bull-sized guinea pig, are often the subject of late night road kill, much like deer and skunk at home. However, they will not attack you. If you see a wombat while walking through the bush, it will run away from you.

Or, some friends in Noosa, Queensland, told me to drive to Newcastle and sell my old surfboard to surf legend Mark Richards. “Oh, he’ll buy it, for sure,” my friend told me, looking as though he innocently believed what he said. Watch out for these traps. Australians are definitely friendly, and probably know more about world politics and happenings than most average Americans, yet many will act very simple, playing as though they haven’t a clue, similarly to the way a southerner will feign “dumb redneck” around a New Yorker. These are all harmless activities, and no offense should be taken to it.

Think about it. How many people come to their country, knowing absolutely nothing, and believing everything? Dealing with this daily would affect you too. Rather than becoming bitter, locals use this lack of knowledge to their advantage, and turn it into a joke. And they have an additional upper hand with us, since they are constantly inundated with our culture. So rather than taking offense, be aware when someone tells you a story, and decide whether it makes common sense or not. Obviously, people don’t keep koalas as pets as much as you don’t have bald eagles nesting in your backyard. If you catch someone in a tale, or better yet, know enough Australian information to answer the tale with its factual similarity, you may have made yourself a friend.

More often than not, though, Australians poke fun of everyone, themselves included. The differences between cultures and skin colors is not to be taken too seriously. A popular comedy currently showing in movie theatres is called “the Wog Boy”. “Wog” is the Australian term for Italian and Greek people, of which the eastern and southern parts of the country have a large population. Popular sentiment leans towards accepting all peoples. Even the names for various peoples of the world reflect this. For example, Canadians are kanucks, and the British Pommies. P.O.M.Y. is actually an acronym for Prisoner of Mother England. One group of Australian friends confided to me that while we Americans think that we’re being called “Yanks”, they actually call us “God Damns,” since that’s all we ever seem to say. I thought this was really unusual, until I started watching, and realizing, that in every American movie I watch, it’s “god-damn” this and “god-damn” that. You know, they’re god-damn right.

I hope you enjoyed this article: Meeting the Australians. If you would like additional information, please contact our office HERE.  Also, I would like to share a few articles I hope you will enjoy on Australia!

What A Tour of a Teak Plantation is Like

Are You Ready to Live Overseas? Take the Quiz and Find Out Today