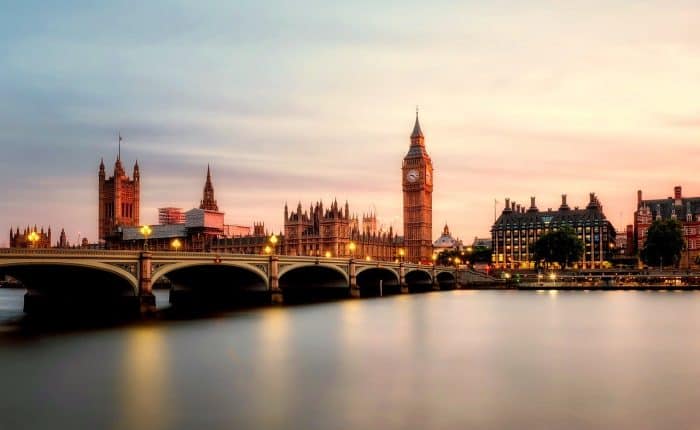 England is not only famous for its Royal Family, its castles, history, beautiful gardens and cozy cottages, the Big Ben and Tower Bridge, but also for its many famous writers throughout time.

If you want to follow in the footsteps of your favorite writer you can choose from organized trails to self-guided literary trips. In the following we like to give you some ideas as to how you can spend a great weekend inspired by world famous literature.

George Gordon Byron, better known as Lord Byron, lived from 1788 to 1824 and was famous for his poetry and prose. His major works include Childe Harold’s Pilgrimage and Don Juan. Even though travelling through the whole of Europe he was always close to his home county of Nottinghamshire. Follow in the poet’s footsteps on The Byron Trail, having a pint at places he used to frequent. You can start at Newstead Abbey, the grand country pile which Byron inherited at an early age, take a walk in the little market town of Southwell, where Byron spent many of his school summer holidays, before heading on to St Mary’s church in Nottingham, where the poet’s body was laid to rest in the family vault.

If you are an avid reader of Shakespeare’s plays you might be interested in visiting Newcastle’s Theatre Royal where the Royal Shakespeare Company (RSC) performs three weeks in autumn during Shakespeare Season. The RCS performs in Newcastle since 1977 and it is their regional home behind London and Stratford upon Avon. The Theatre Royal was built in 1837 and is located in Grey Street, which was voted UK’s best street by BBC Radio 4 listeners.

If you are a fan of DCI Barnaby and the Midsomer Murders he solved, you will spend the time of your life in following his footsteps in South Oxfordshire locations like Wallingford, Thame, Dorchester, Ewelme, Nettlebed, the Rotherfields, the Haseleys and Warborough and even though you won’t be involved in murders (hopefully) you will enjoy the traditional pubs and village greens, visit the churches and shops and cross the same bridges just like DCI Barnaby.

Almost everybody knows The Jungle Book by Rudyard Kipling. But do you know Kipling’s home in East Sussex? Batemans, built in the 17th century and home to this beloved author from 1902 until his death in 1936 maintains many rooms the same way they were during his lifetime including Rudyard Kipling’s study where he wrote many of his books and poems as well as the author’s Rolls Royce.

Who doesn’t know ‘Lady Chatterley’s Lover’ by DH Lawrence? David Herbert Lawrence was the son of a former schoolteacher and a Nottinghamshire coalminer, brought up in the small mining community of Eastwood. Come to Nottinghamshire and visit the house where he was born and find out what influenced much of his writing at the heritage centre. You will recognize many of the places as ones featured in his writings, so just come and enjoy a great break in this inspirational surroundings.

We just gave you a small sample of literary tours, there are many more places that inspired authors like Charles Dickens, John Keats, Jane Austin or Wordsworth among other well known writers and so just pack your bags and start on an unforgettable literary tour through the UK.

I hope you got value from reading this article, Literary Inspired Holidays in Great Britain. Please contact our office HERE if you require any services for going offshore.

Know a Millennial? Do Them This Favor

Is the UK drifting away from Europe?