Travelling To The United Kingdom For The First Time - Escape Artist 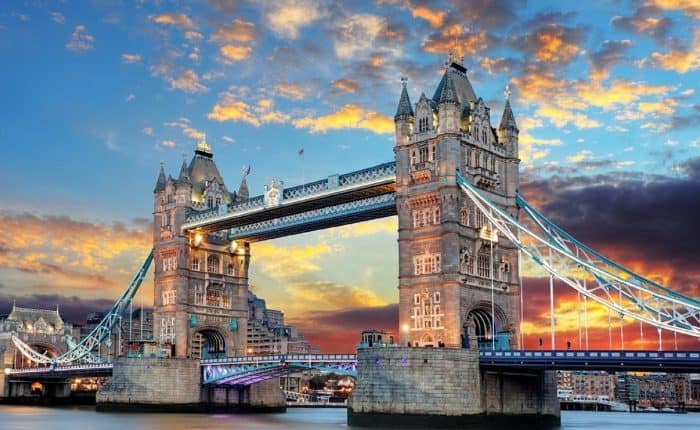 While it might not be somewhere with the best weather, the UK has tons of options for first-time visitors. It’s actually one of the most popular tourist destinations in the world, and for good reason. There are tons to do both inside and outside of London. While the capital might be the main attraction in the UK, there’s so much more as well. In this article, we’re going to look at a few tips if you’re travelling to the UK for the first time, as well as some great places to visit.

Your airport might say “London”, but it could be much further than you think. In fact, Oxford Airport has recently been trying to add “London” to its brand, but this is a couple of hours away. The only London airport that is really close to the middle of the city is London City Airport, but this is quite small and doesn’t have that many flights. Make sure you’ve planned how to get from your airport to the actual city.

Plan Enough Time In The Capital

People think that they can walk around a city and see everything there is to see in a day—but that’s not the case with London. It’s one of the biggest cities in the world and has tons to offer, so plan enough time to see everything you need to see.

While tipping isn’t as common as in the United States, it’s generally accepted that you should be tipping in most restaurants in the UK, especially in the capital. Check to see if service has been added and if not then around 10% should be an acceptable tip.

Taxis in London are black (normally) and these can be hailed from the side of the street. These guys have gone through years of training and have to pass stringent tests to become a driver, and they’re all licensed. Minicabs are not normally allowed to pick people up from the street unless you’ve booked them in advance, and the same is true for Uber drivers.

If you’re coming from somewhere like Spain, people eat out a bit earlier in the UK. If you’re coming from America, then they tend to eat a bit later. Bookings for dinner tend to be between 7 pm and 9:30 pm. In big cities, there will be more options to eat later or earlier.

What To See And Do In London

If you’re coming to the UK for the first time, then you’ll probably be visiting London. There’s so much to see, where should you start? Here are a few tips:

This is one of the newer tourist attractions in the city, but it shouldn’t be missed. It’s a great experience. You might need to book in advance though, and it isn’t cheap.

London has some of the best museums and art galleries in the world. The good news is that many of them are completely free. You can try the Science Museum and the Natural History Museum in Kensington as they’re right next door to each other. There’s also the Tate and the Tate Modern for art lovers (bear in mind these are in different parts of the city).

The famous West End theatre district has some of the oldest and most-loved shows around. Only Broadway in the New York rivals London’s West End as the heart of world theatre. There are shows on every day, including in the afternoon, for all sorts of different tastes. You can try and get discount tickets to make it a bit more affordable.

London’s Oxford Street has some of the best shops in the world, and there are also great out of town centers like Westfield in Stratford and Shepherd’s Bush.

London has some of the best eating options in the world, thanks to the diverse background of much of the city’s population. You can find food from almost anywhere, in all sorts of different settings.

If you like to gamble, then London has plenty of options for you. These include the famous Grosvenor and Hippodrome in the city centre, as well as Aspers at Stratford in Westfield. While you can visit many of the land-based casinos there is NetBet, which is a very well known online casino from the UK you might like to play on the go.

Don’t Just Stay In The City

While most visits to the UK have London as their main priority, try to get out of the city. The UK has a lot more to offer, and London isn’t really representative of the rest of the country. Some say it’s like a country of its own.

Where To Go Outside Of London

Home of the famous University, Oxford has a nice old-town feel to it that’s a lot different to London.

Don’t expect tropical beaches, but Cornwall has some of the best in the UK, as well as lots of nice small villages on the coast. It’s a surfing hot spot as well if you like that sort of thing.

Manchester is almost like a mini London these days and has a lot more to offer. You might want to check out a football match at one of the two EPL teams in the city.

Scotland is part of the UK but separate to England, but has a load of great cities, towns and especially countryside. You could enjoy a battered Mars bar while searching for the Loch Ness Monster.

The UK has plenty of nice countryside with lots of quaint villages. Try The Cotswolds for some of the best the country has to offer. You could also visit famous national parks like Snowdonia and Exmoor.

If you’d rather a few more thrills on your trip, check out the famous Alton Towers theme park. There’s something there for the whole family.

Hopefully, you’ve now seen how much the UK has to offer, so you can start using the tips you’ve learned and enjoyed them while visiting one of the country’s many hotspots. When you are ready to try and get residency in the UK then check out this article.