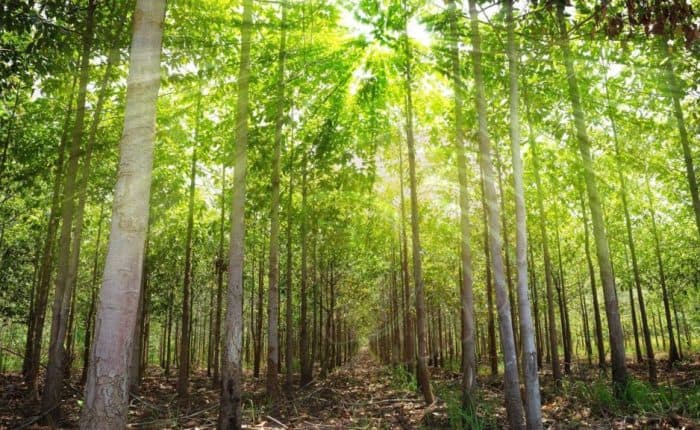 Teak is a truly amazing wood. It has so many amazing qualities that just cannot be found in the average tree. For example, at the age of only 3-years old, teak trees develop resistances to rot, fungus, termites and fire. It truly is an incredible tree.

Despite all of the amazing qualities of teak, many people are not really aware of it. Here are a few interesting facts to get you acquainted with this enchanting wood.

For many, the stock market is thought to be the pinnacle of the investment spectrum. “If you want to get rich, invest wisely in stocks,” they say. However, this is not really the case. While stock markets can be excellent ways to invest money, there are many other avenues for investing that actually can net you vastly more in returns than stocks would. Teak is one of these avenues. Over the past 3 decades, teak has increased in value annually by 5.5%. This is very strong growth. In addition, it is stable growth. Teak prices do not fluctuate drastically in the same way that other financial assets, like stocks, do. Lately, teak has been doing even better. In the past several years, teak has increased in value an average of 7% annually. It is very impressive the way this mere tree can outperform complex, international corporations in terms of annual growth rates, but it does.

2. It Lead to Britain’s Rise in Power

Teak played an integral part in the rise of British military power in the 18th  century, specifically, it helped to cement the dominance of British naval power. During the 18th century, teak was prized as one of the hands-down best timbers that existed to build ships with. The British established a shipyard in Bombay, India to build ships, and they chose to have the shipyard in India specifically because of its close proximity to the mighty teak tree. Being resistant to rot and marine borers, teak was naturally sought after as one of the premiere woods to be used for shipbuilding. Historians have noted that, even after 100 years of service, a ship built of teak would still retain its frame and utility. To put that into perspective, modern steel-warships typically only have lifespans of about 50 years. Warships of the 18th century built of English oak typically had life spans of less than half of that.

3. It Makes Some of the Best Furniture Money Can Buy (But Don’t Paint It)

Teak is known for the many amazing qualities that it possesses. Being resistant to rot is one of them; this is why teak is often used in ship building, specifically to make the ship’s deck. This is also why teak is a popular and highly sought-after material for making high-end outdoor furniture. Anything from tables to lounging chairs to benches can be made out of Teak, and will always have incredible resistance qualities.

One fact about Teak wood furniture that many people aren’t aware of, however, is that you should not paint it. Due to the high oil content of Teak wood, there is no need to paint or stain it. In fact, painting or staining Teak is actually very bad for the wood, as it saps out much of the natural oils in the wood. The sorts of things that one might hope to get by doing these things, such as keeping the wood from rotting or rusting (when coming in contact with metal) Teak already does. Teak already has a very welcoming honey-hue to it, and coupled with the natural rot and rust resistance of the wood, there is simply no reason to ever apply a coat of paint or stain to it.

4. The Bark Was Once Used to Make Tea

Native inhabitants of regions where Teak is abundant, such as Myanmar, used to make a tea out of the bark of the Teak tree. This is perhaps due to the fact that Teak is a member of the mint family. More likely, the Teak bark tea was made because of the many medicinal effects that Teak is said to have. It is said that the Teak bark tea would help alleviate such things as headaches, fever and stomach pains.

Beyond the bark, all parts of the teak tree are said to have a multitude of health benefits. The leaves, for example, have been proven to have antibacterial, anti fungal and anti ulcer properties. Other claims have been made about the medicinal uses of teak, such as that the bark can treat diabetes, the powdered wood can be used to remove internal parasites or turned into a paste to treat dermatitis, and that the dried leaves can be used to cure sore throats.

After learning about all of the many uses and desirable characteristics of teak, both historic and modern, it is no wonder that this wood is highly sought after and heavily logged. Although centered primarily in southeast Asian, teak is very durable, and can be grown, and is being grown, in many other regions of the world. Central America, specifically Panama and Nicaragua, for example, is a region of the world where entrepreneurs, realizing the incredible investment potential of this wood, have begun growing teak.

Despite its now more global propagation, teak is still being harvested at 8-12 times the rate at which it is being replanted. This is potentially tragic news, as we do not want to lose this incredible tree. However, this news can also be advantageous. For example, greater scarcity of teak translates into greater returns for those forward-thinking and entrepreneurial enough to have invested in this wood.

Teak has an incredibly interesting history, and is still an incredibly intriguing wood. Although it is no longer used on a regular basis for medical reasons or for building war ships, teak still has many modern uses, such as for high-end outdoor furniture and for building specific parts of ships, such as the decks. Just as teak has historically been a wood of incredible value, it still is today. And, as noted above, it is also an incredible wood to invest in.

If you would like to learn more about teak: Teak Hardwoods.

I hope you enjoyed this article: 5 Things you Didn’t Know About Teak.  If you are thinking about investing in Teak, and pairing it with residency in Panama, please contact us here.

Here are two really great articles on Panama Teak and how you can get involved:

Making Your Way Into Teak Plantations in Panama