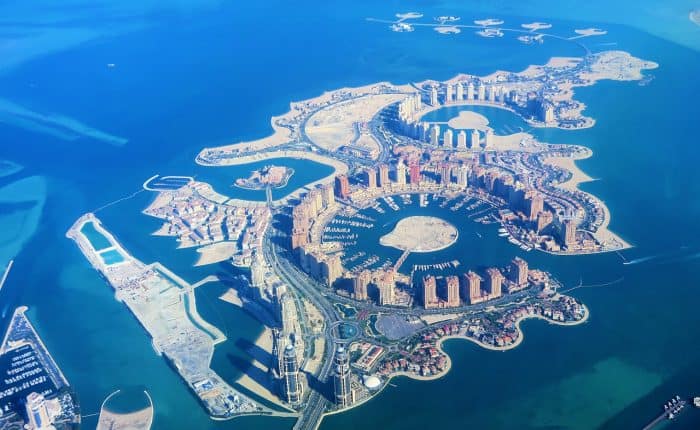 It seems like every day there is a new story about some tragedy, some battle, some act of terrible violence happening somewhere in the world. These stories pour in from all corners of the world. If one were to base their world view merely on news headlines, they might think the world was an extremely violent place caught in an unending turmoil. And for many parts of the world this may be true. However, it is not all doom and gloom. There are in fact many places in the world that are incredibly peaceful.

The World Peace Index,looking at data from 2015, found that only 10 countries could be classified as completely free from conflict in that year. This includes both external and internal conflicts. This news should be especially interesting to our readers, as many of you are international minded individuals looking to relocate to a foreign, and safe, country. Well, here are 10 great countries to consider. Some of the names you will recognize, but some others may surprise you. Either way, these are great, conflict-free destinations.

Starting the list off with a potentially surprising entry, we haveBotswana. Botswana is a landlocked country in southern Africa. Despite conflicts in neighboring countries, Botswana has been able to make the list of countries in the world not currently experiencing any conflict. Botswana is not only conflict-free, but also in excellent economic condition. The country has gone from one of the poorest in the world to one of the richest in Africa, boasting a 2015 GDP per capita of $18,825, and holding the distinction of highest Human Development Index score of continental Sub-Saharan Africa. Its economy is one of the fastest growing in the entire world, boasting a GDP growth rate of 9.3% in 2013 and 4.4% in 2014.

Chile is a beautiful country located along the western coast of South America. It features 2,580 miles of coastline, making it a great location for beach lovers. Chile also features a lengthy range of the Andes Mountains, which allows it to appeal to different geographical preferences of visitors. Its capital city of Santiago is home to almost 40% of the country’s population, and is a cultural beacon, featuring many museums and an active night life. Chile is also one of the most industrialized countries in the region, making it able to afford a very high quality of life.

Costa Rica is well known internationally as a peaceful nation. The fact that they haven’t had a military since 1948, almost 70 years now, is certainly a testament to this fact. Costa Rica is a well-known destination for North American tourists. Its very forgiving climate and lively culture make it a wonderful destination for almost anyone. The medical tourism industry is also doing very well in Costa Rica, and can be a great way for many, but especially Americans, to get top quality medical care at lower costs than they would find at home.

Similar to Costa Rica, Japan’s constitution bans it from having a traditional standing army. Perhaps this contributes to their peaceful nature. Perhaps also it is the fact that the nation is made up of islands, or perhaps that they are heavily involved in international trade, which of course encourages peaceful, fair play between them and other nations. Whatever the case, Japan is a conflict free nation, and certainly one worth visiting or even moving to. It is full of rich culture, delicious foods, and incredible sights. Though a bit pricey, at least in the major metropolitan areas, Japan is an excellent destination for travel or living.

Mauritius is an island nation located in the Indian Ocean off the coast of Africa. It is a small nation, with only a little over 1 million citizens. Mauritius can be an excellent location for living or doing business. Beyond being conflict-free, the nation also ranks very highly in international polls of democracy, as well as economic and political freedoms.

Known famously for its canal, Panama has so much more to offer. It has one of the fastest growing economies in the region. It also boasts the highest global well-being ranking of any country in the world. Perhaps this is due to the strong economy, perhaps this is due to the warm, tropical atmosphere, or perhaps it is due to the friendly and inviting culture. Whatever the case, Panama is a country on the rise. Happy people, strong economy, modern infrastructure, and conflict-free, it’s hard to find a better destination for expatriation than Panama.

Despite being in the tumultuous region of the Middle East, Qatar has been able to stay conflict-free. The nation’s immense wealth, Qatar currently holds the distinction of highest GDP per capita in the entire world, may play a part in this. The country’s capital city of Doha is an up-and-coming city, featuring sleek, modern architecture and many museums and cultural centers. It even had the distinction of hosting the 2006 Asian Games.

This may not come as a major surprise; Switzerland has made this list. Switzerland is a country known for its beautiful mountains, renowned financial sector, and peaceful lifestyle (Switzerland hasn’t been involved in any wars for almost 200 years). What is impressive is that Switzerland has been able to keep itself free of major terrorism attacks and threats, which have kept many other European countries off this list.

Nestled on the eastern coast of South America, Uruguay is a great country to visit for a peaceful adventure. The country could potentially be an excellent destination for living or doing business, as it currently ranks first in Latin America in democracy, peace and lack of corruption. It also ranks first in South America in prosperity, press freedom and size of the middle class. Uruguay certainly is a peace-loving country. They currently contribute more troops to the United Nations peace keeping missions than any other country in the world, on a per-capita basis.

Vietnam has come a long way from being embroiled in war the way it once was so many decades ago. It is now among the select group of conflict-free countries in the world. Beyond that, it is an absolutely beautiful country, with an atmosphere and a culture unlike anything most have ever seen before.

How to Retire in Thailand and Double Your Income