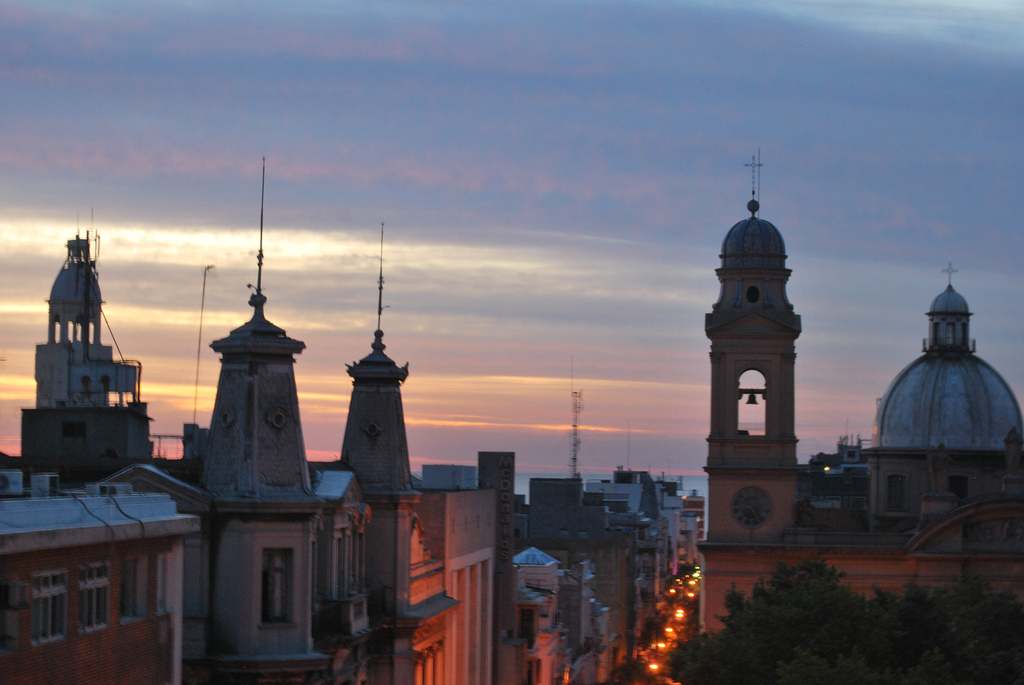 Uruguay is becoming a known retirement haven thanks to its safe and secure economy and culture.   Combined with its pleasant weather and first world amenities – such as fast, reliable internet and clean drinking water. About 90 percent of the population is European (mostly Spanish and Italian), so there is a European feel to the culture as well. This country offers a quiet lifestyle with farmland or life on the beachfront, whichever you prefer. It’s small in size and population and allows for a happy, quiet retirement.

Uruguay is not among the most affordable places to retire. When compared to other South American countries like Nicaragua or some parts of Panama, it can seem pricey. The current exchange rate from the U.S. dollar to the Uruguayan peso is 0.035 UYU to $1 USD. Still, with the dollar coming out so favorably, you’ll still find yourself paying at least $700 USD/month to rent a one-bedroom apartment in Montevideo.

Life in Uruguay is still plenty affordable, and likely cheaper than where you’re coming from. A three-bedroom apartment in the city center runs at just over $1,000 USD per month. Depending on which lifestyle and area you choose, you can live a comfortable life on anywhere between $1,300 USD per month and $2,700 USD per month.

You may choose to apply for a retirement visa in Uruguay rather than a regular permanent resident visa. This will allow you to bring your vehicle over duty free, and it will also grant you a passport without any wait time. Neither of these options are available with the regular rentista visa. There isn’t an income requirement that needs to be met, but most of the time a monthly income of $1,500 will suffice.

When applying for residency, you’ll have to go to immigration in person, and a permanent residency application can take anywhere between six months and two years to process. Fortunately, you can go ahead and begin your life in Uruguay during the waiting time. You will be issued an ID card right away, and this will allow you virtually all of the same rights as a permanent resident. This includes opening a bank account and obtaining a driver’s license.

If you continue to spend a majority of your time in Uruguay, you can apply for citizenship after five years of residency. Uruguay frowns on paper residencies, so it will be important to show that you intend to spend most of your time living there. During the process to be granted either permanent residency or citizenship, the government may check in on you to see that you are in fact living in the country. This is highly important for them. You can also hold on to your citizenship from the country you’re leaving as well. Uruguay allows for a double citizenship and its passport allows visa-free access to many other countries.

Here is what you’ll need when applying:

The culture in Uruguay carries a heavy European influence, mainly from Spain and Italy. This gives the country a more European feel than most of the others in Latin America. Education is held in high regard here as well, and the people are both friendly and well educated. Spanish is the spoken language, though, so if you’re hoping to have a social life among the citizens of Uruguay, you might want to brush up. The language also has a lot of Italian influence, thanks to a large Italian population. In business and among the younger generations, English is also commonly spoken.

Much of Uruguay’s charm is in its mild climate. The country has four seasons and temperatures in the summer average about 82 degrees Fahrenheit, while they can drop into the 30s during the colder seasons. Frost happens on rare occasions and it never snows. The best part is that Uruguay doesn’t even have a rainy season! The regular 41 inches of rainfall per year is spread out over the four seasons. Many find that they don’t even need air conditioning in the summer thanks to the nice sea breezes, although you would want heat in the winter.

As far as things to do, Uruguay boasts gorgeous beaches such as the Gold Coast, and a capital city with colonial charm – just check out its Independence Square! This country offers restaurants, shopping, and museums as well to keep you plenty happy.

I hope you enjoyed this article on retiring in Uruguay.  If you have more questions or would like help in starting the residency program for Uruguay, please contact us HERE. Someone will reach out to you within 48 hours.

How is Teak an Investment?