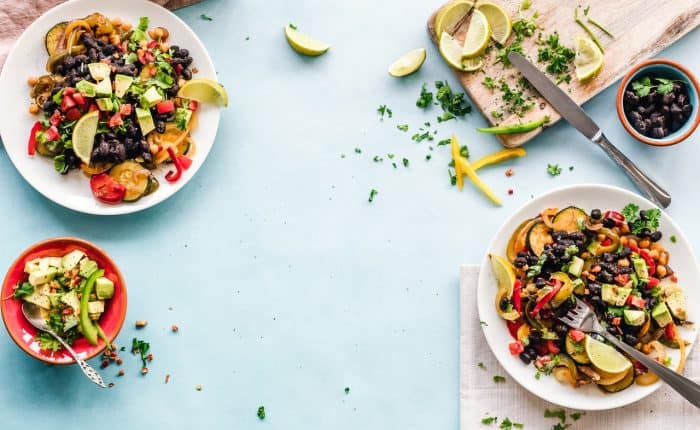 Reforma did a national “encuesta” (survey) of Mexican eating habits in May, and here are some of their results.

Mexicans drink lots of milk, like salty foods more than sweet foods, eat an average of 6 tortillas every day, and have a traditional domestic diet: soup, rice, and stew, without leaving out salsa and beans…

94% of Mexicans eat lunch every day, followed by 78% for breakfast and only 64% for dinner.

Although you usually think of Mexican lunches as being rather leisurely affairs, the statistics show that only 5% of lunches go beyond an hour, with 57% of lunches going from 30 to 60 minutes and 37% taking less than 30 minutes. Where I will live, 7% go beyond an hour, 68% go 30 to 60 minutes (the highest percentage in the country), and 25% go less than 30 minutes (the lowest percentage in the country).

Putting It On, Or In

77% of the population has tortillas with their food daily, while 58% put salsa on their food each day and 46% have a ration of beans.

86% of the population generally eats only corn tortillas. The central part of the country (including Mexico City) is the most given over to corn tortillas, with 91% almost always sticking with maiz. Too bad for me – I like flour tortillas much better.

The apple is the favorite fruit of Mexicans, cited as the best by 22% of those surveyed. It is followed by papaya at 15%. In the center part of the country, apple and papaya are tied for first at 18% of the population.

43% of the population says they snack between meals, and of those, the largest proportion snack on fruit (45%), followed by junk food (16%).

Where Did You Get That Water?

72% from a garrafon (large container of purified water)
10% from the faucet (yikes – dangerous!)
8% from bottles (expensive)
5% from the tap through a filter (that’s probably me)
5% boiled (if you can’t afford the filter and can afford the time)

Most people in Mexico just have a milk product and bread for dinner – having something to eat while watching TV is the key criteria for success en la cena.

If you’re thinking of leaving your home country and working in a country that doesn’t speak your language, I would suggest you take some language courses. My friend Olly Richards has one of the best platforms on the planet. Reach out to him at ICanTeachYouALanguage. He does several with Spanish being his #1 course.

I hope you enjoyed reading this article: Mexican Eating Habits. If you have any questions, please contact our office HERE.

Drugs, Cartels, And Crime: How Mexico Is Misrepresented And Stereotyped—And Why So Many Americans Are Going There Anyway

Living In Mexico For Work, Retirement, Or The Mexican Lifestyle

Work In Mexico As A Foreigner