Transportation In And Around Nicaragua - Escape Artist 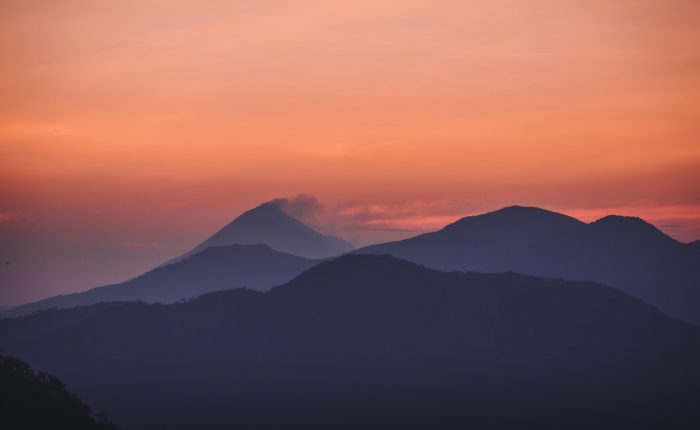 Your plane just touched down at the international airport in Managua. You’ve officially made it to Nicaragua! The largest leg of your journey is now over, but that doesn’t mean you’re done traveling just yet.

There is still the hotel to get to. The islands and volcanoes you plan on exploring. The various shops and markets you want to visit. You have so many places you want to visit, but you’re not quite sure how to get there. What’s the best way to travel to Ometepe? Around Managua? What will this cost?

These are the types of questions you may find yourself asking upon arrival in Nicaragua. Luckily, we’ve got a guide here to help you answer all these questions.

Nicaragua has one international airport, the Augusto C. Sandino International Airport, located in the capital city of Managua.

This airport is a major hub, with routes going to multiple countries and cities. There are daily flights to the United States, going out to such major airport hubs as Dallas, Atlanta, and Miami. Ticket prices typically cost around $500 from the United States to Nicaragua and can be even cheaper if you’re getting a direct flight from one of the cities listed above.

One of these is on the island of Ometepe. This island is located inside of Lake Nicaragua. Due to its unique geographical location, travel to the island has been historically a bit difficult. A ferry that runs from the island to the mainland has been the most popular way of getting to and from the island. However, this is all changing with the introduction of a new airport.

Another domestic airport has recently been opened in the southern part of Nicaragua in the Rivas region. The Costa Esmeralda Airport opened this past November and offers flights from the Augusto C Sandino Airport, as well as some airports in Costa Rica, such as Liberia.

With the constant improvements going on in the area of air transportation, traveling in and out of Nicaragua, or to and from different locations within the country, is now easier than ever.

The roads in Nicaragua vary greatly in quality. You will encounter anything from freshly paved roads, most likely along with one of the major highways or in the cities, to dirt roads in the more rural areas. Improving the roads, both in quality and quantity, has been a major goal of the Ortega administration, and they certainly have been delivering.

Buses are one of the most popular and forms of transportation in Nicaragua.

The country is full of old school busses from the United States that have been purchased and refurbished by entrepreneurial Nicaraguans to provide transportation services to the masses. Truly, for a day or weekend trip, there is no better way of getting around.

If you plan to travel between any of the major cities, the busses are the best option. Routes between Managua and Granada, Managua and Leon and Managua and San Juan del Sur run daily.

Busses that run along the most popular routes, such as Managua to Granada, run all the time, and it won’t take more than a 15-minute wait to hop on a bus. And besides being extremely frequent, the busses are also extremely cheap. A bus trip from Managua to Granada, for example, will cost only 25 córdobas, or slightly less than one US dollar.

Taxis are another great way to get around. Especially in the capital, there are constantly taxis on the street, and getting a taxi is as simple as waving your arm at one of the many that will undoubtedly be honking at you as you walk down the street.

Taxis are probably the safest way of getting around the cities and towns of Nicaragua, short of renting your own car. A few safety tips for taking taxis in Nicaragua would be:

After stating your destination, negotiating the price should be the first thing you do when you get into the cab. Most Nicaraguan taxis do not have meters, so the pricing is incredibly subjective. A trip from one part of town to another, even in Managua, will typically cost $5 or less.

Exceptions to this are if you’re going to/from the airport, or if you get picked up in front of your hotel, especially if it’s a nice hotel. When negotiating price, realize that you’re going to be getting the “gringo prices”, and that whatever the driver initially asks, you can probably knock 20-30% off that. If you’re taking a taxi from one town to another, a general rule of thumb would be $10 for every 20 kilometers (12.5 miles).

If you are in Nicaragua and decide to rent a car, make sure you get one that is capable of handling rough terrain. Although Nicaragua’s major roadways are well paved and maintained, when you get off of these roads, you are likely to encounter tougher terrain.

Either old roads that need repair, or possibly even dirt roads. Larger cars and trucks will be able to traverse these, but smaller, lighter vehicles will have a hard time, or potentially not be able to drive through them at all.

Directions are a funny thing in Nicaragua. It is not like in the United States at all. Street signs are few and far between in Nicaragua. Even native Nicaraguans who have lived here their entire lives don’t really know the names of streets, nor do they care to know them.

Instead of using street names, directions in Nicaragua are almost always given using landmarks. For example, getting around in Managua requires knowledge of where the lake is, as many directions will start with, “You go towards the lake” or, “You go away from the lake”.

Of course knowing the basic directions such as north, south, east, and west are incredibly important. Other major landmarks used for directions will be rotundas and businesses.

I hope you enjoyed reading this article: Transportation In And Around Nicaragua.

Spend Your Summer Vacation In Nicaragua