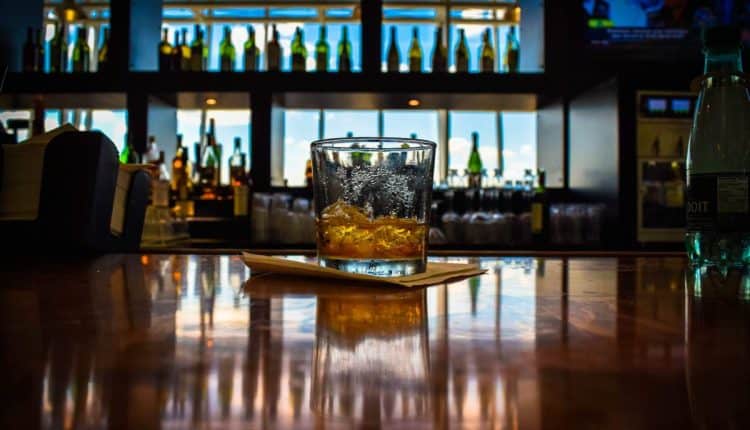 When you’re born in a certain country, at the age of 18, you become subject to certain laws and regulations that weren’t applicable before. These include the freedom to vote, the freedom to pursue whatever economic activities that you wish, amongst numerous other liberties. You can enjoy “certain inalienable rights, that among these are Life, Liberty, and the pursuit of happiness” as the constitution of the United States very eloquently states.

At this moment, you should take a step back and wonder if you truly are free though. You were born in a country that you didn’t consciously choose to live in, there are all sorts of laws and regulations imposed on you, and your “Liberty” is subjected to these laws. This was a paradox that I came to quite a while ago which really made me wonder whether I agree with this definition of Liberty.

Nowhere is this paradox more apparent than the financial regulations that governments impose on individuals. One would imagine that the right to liberty and the pursuit of happiness would imply that they have complete control over the outcome of their efforts. Then what is the real deal with taxes and “redistribution of wealth” that policymakers speak of? It’s fairly obvious that this is a way to force individuals to give up their money to make up for shortcomings the government ought to have realized a long time ago.

This would also then make you wonder, whether it’s your responsibility to help overcome governmental shortcomings as a private individual? Even if you feel like you do, then you should have control over how you want to help. Unfortunately, existing systems of power would never let that happen. Ironically enough, existing ideas of economic liberation are pretty illiberal.

Interestingly enough, John Locke, one of the more well-known thinkers in the liberal tradition, defined true rebellion as an abuse of power, one that ought to be shrugged off. He said specifically:

“Shaking off a power, which Force, and not Right hath set over anyone (Power which is unjust), though it hath the name rebellion, yet is no offence before God, but is that, which he allows and countenances.”

He says that the true offence doesn’t come from a rebel, but the person who creates a situation for a rebellion and ultimately justifies the actions of a rebellion. Harry Shultz is that rebel for anyone who realizes that we aren’t exactly economically free, in the truest sense of the word. Shultz developed the first three flags in flag theory where he pointed out the ways in which any high net worth individual could escape financial regulation in a very controversial set of publications.

The crux of the three flag theory was that if someone were to place financial flags across the globe, then they can avoid taxes, penalties and regulations to enjoy their hard earned incomes. These flags could be planted in three very basic steps:

Later the theory became fully formalized into a 5 flag theory, with the additions made by WG Hill when he also implored the high net worth individual ask 2 more to the initial 3 flags. These were:

Now for a second try to understand what Harry Shultz was implying with each of these steps:

When you have two passports, the legal implications of any one country don’t apply to you anymore. So if you’re a citizen of, for example, Brazil and the United States of America, then your citizenship legally protects you from any law that applies in either nation. As a citizen, the greatest protection will be extended to you from either side. This also extends to protection from prosecution, financial penalties and any number of legal penalties.

Benefits of Having Funds Offshore

If you have your funds syphoned off into locations where financial institutions go out of their way to protect your privacy and the details of your accounts even against political intervention; then there is no way anyone could know how much money you have (this is changing with FATCA and GATCA). If they don’t know how much money you have, they can’t ever tell you how much you owe in taxes or how some other financial legislation applies to you.

If you have a legal address in a Tax Haven, where you can set up your companies, then there are lower taxes that you’ll have to pay on your income. With this, you can enjoy a greater share of your profits that you can spend however it is that you wish to.

The first the three flags were actually designed as advice for millionaires or high net worth individuals protect their wealth from uncalled for expropriation.

Finally, the theory asks you to enjoy your lives living off the funds that you’ve accumulated.

Someone is considered a national of a specific country if the laws of a country apply to them. This could be physical, financial, or social; it doesn’t matter. When you begin to globalize your financial holdings and enjoy two different nationalities, then technically no law applies to you. As a result, you become a perpetual traveller such that you don’t really have any legal or financial obligation to any political authority. This is how the flag theory makes you a perpetual traveller.

The Expat Money Show is a podcast where I, Mikkel Thorup, have conversations with experts on flag theory and financial libertarianism. On my podcast, we discuss concepts like anarcho-capitalism, how to become a perpetual traveller and how to protect your assets with the offshore markets. In addition to my podcast, I also advise clients on the best ways they can incorporate their companies offshore, set up offshore bank accounts and set up precious metal vaults for wealth preservation. Visit my website for more information on my services or to listen to my podcast to live a financially independent lifestyle.

I hope you got value from this amazing article: The Steps to Becoming a Perpetual Traveller: a Guide to Flag Theory. Here are a few articles I’m pretty sure you will love: