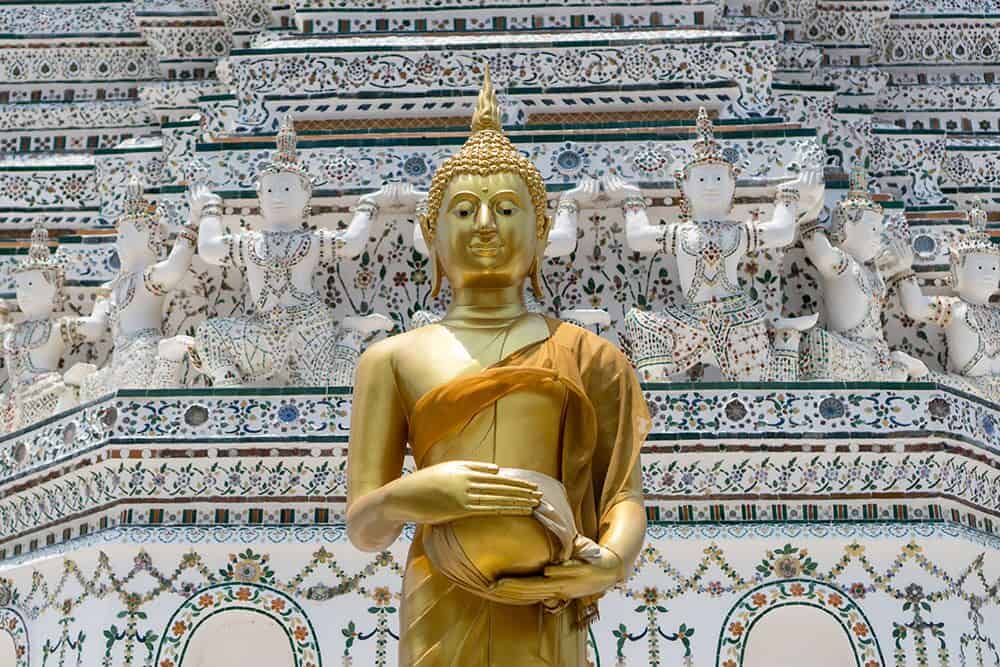 Today, the dull Florence sky matches the color of the pale grey comforter I just bought to protect me from Italy’s sudden shift from summer to winter. I suppose they don’t understand the concept of Fall here. The gargantuan clouds spit droplets of rain at me as I rush towards the academic building, in fear of being late for Italian class, which for some reason has proven to be painfully easy for me. Something about today hasn’t felt right; and as I take my seat in the class which I was not late to, I pull out my phone to scroll through Instagram. A precise pencil drawing of the monarch that I have spent my entire life respecting plagues my phone screen and my heart sinks.

King Bhumibol Adulyadej, the world’s longest reigning monarch, was so prominent every single day of my life, from the time I was born until I left Thailand at seventeen years old. Every time our school held an assembly, all 2000 students ranging from five to eighteen years of age would stand together as the King’s anthem played to pay our respects. Every trip to the movie theater or soccer game was accompanied by this same anthem, and the respectful stance that comes with it.

Many people outside of Asia fail to recognize the significance of the King, due to the fact that the prime minister is generally more active in the government and international relations. I have been asked if he is simply a figurehead, a mere symbol of tradition, but I can assure you that this is not the case. The reason that the King is so relevant is because he was not elected, therefore he is respected and loved by all citizens; figures such as these are not often found in Western democracies.

In seventeen years, King Bhumibol and Queen Siraket were the only constant aspects of everyday life. Industrialism hit Southeast Asia hard in the 1990s, and the city of Bangkok drastically changed in appearance as new skyscrapers ascended from the ground every other week. The King and Queen were present to see their nation flourish. After countless natural disasters, such as the floods and the tragic 2006 tsunami which left Thailand damaged and devastated, King Bhumibol kept the country in tact with his air of confidence, and Thailand rose above the ashes and flourished once again. After years of political unrest and military coups driving the country to the threat of civil war throughout my high school years, only one thing was certain: everybody loved the King. During the times following the terrorist acts in the recent years, he exuded brilliance and was a source of hope for a nation that had suffered so greatly. Whenever the Thai people were in despair about the state of the nation, the King was there to provide support to every citizen, regardless of their political affiliations.

The love that the people of Thailand had for their King is incomparable to anything I’ve ever seen. I am not considered a Thai citizen, yet I sit here surrounded by the yellow walls of my tiny Florentine room, mourning the death of the man whose picture was in every classroom, and whose anthem I have memorized without ever having been taught it. That was the power of the King’s heart and soul. King Bhumibol was one of Thailand’s best qualities, and he will be remembered as such in all of our hearts.

The Mennonite Market—Chronicles of Life in a New Land