What We Can Learn From Korea’s Response to Covid-19? - Escape Artist

What We Can Learn From Korea’s Response to Covid-19? 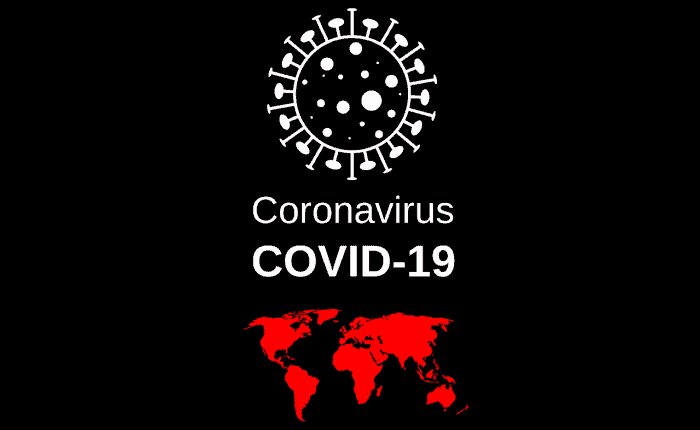 What We Can Learn From Korea’s Response to Covid-19?

Korea’s response to Covid-19 has been a masterful display on what steps must be taken to protect a nation’s citizens both physically and financially following the will of the people. The following article is written from the first-hand perspective of a well-known and respected business leader, Tony Medina, who lives and works in Seoul, Korea.

As the CEO of Korea’s largest medical tourism company, Seoul Guide Medical, I’ve seen the rapid advancement of Korean medical infrastructure over the 12+ years of living in the capital of Seoul. The focus of the people here is on solutions to problems and learning from past experiences. The MERS outbreak in 2015 taught the country that restricting travel, access to testing & care, access to PPE, and tracing are keys when fighting a spreading epidemic. As Korea became the next Covid-19 hotspot after the spread in China, swift action was taken by the government and people. The majority of the people here support the path the country is taking in the fight against Covid-19 with president Moon having a 71% approval rating as of May 8th according to the latest poll. Korea is a country that does not treat its presidents kindly if they act against the will of people. In 2017 former president Park Guen-hye was removed from office and sentenced to 25 years in prison for abuse of power after 5 months of weekly protests against her. It is estimated that a combined total of over 10 million people protested the abuse of power over the 5-month span. I personally witnessed a protest where police where between 270,000-500,000 people gathered. I state this point so it is clear that these are not draconian rules being implemented against the people but steps the people want (including myself) to fight the spread of this deadly disease.

Korea was fairly quick to restrict entry from Wuhan and other infected areas. The next step was to set up a 14-day mandatory quarantine. At first, the quarantine was allowed to take place at any place chosen by the traveller, but as some travellers broke quarantine stronger measures were taken. This includes monitoring bracelets, cell phone tracing, credit, and bank card tracing CCTV footage, and setting government facilities for travelers to stay in during quarantine. Buildings, where infections take place, are shut down immediately and disinfected. They are only reopened after the disinfecting process is complete and testing of all those involved in its operations is complete. I often stay late at the office and see the disinfecting process happening.

The implementation of advanced testing for anyone who has symptoms is swift. Multiple testing is allowed and in some cases testing is mandatory. At our company office building, we get a daily temperature check to make sure we don’t have fevers. There are body temperature scanners set up at airports, bus stations, train stations, hospitals, and even in private businesses. There are drive-through test centers, walk-up test centers and you can get tested multiple times. If you are found to have Covid-19 you are immediately quarantined in government-run facilities where care is provided. This keeps the likelihood of an infected person spreading the disease to a minimum. This is in sharp contrast to the country I come from, Canada. My brother was diagnosed with Covid-19 after a cluster infection took place in his workplace. After testing positive he was told there is nothing they could do for him and no care would be given unless he developed breathing complications. He was told to voluntarily stay at home. When he asked if he could be re-tested after he recovers, the nurse told him (off the record) that would not possible. In Canada, only medical staff are currently allowed to get repeated tests. It has been 2.5 weeks now since he was infected. Although he feels better, it is unknown if the virus has left his body or not. My mother also contracted Covid-19 with all the same symptoms as my brother shortly after he tested positive. Her test came back as negative and yet her doctor told her she was 100% sure she was infected with Covid-19 and that 30% of all tests they are using are faulty. She too was sent home in horrible pain without any care given. Access to testing is crucial to stop a wider spread. Testing and providing care for those infected is mandatory here in Korea.

Koreans are very comfortable using masks. It is considered polite to wear masks when you are sick so as not to infect others. They also use them as a fashion tool. It took me some time to adapt but even before this virus hit I found myself wearing them from time to time. The widespread use of masks helped tremendously to flatten the curve. The government-mandated that 80% of medical masks rated KF94 or higher must be sold to the government at a reasonable cost from local producers. They banned the export of those masks and allowed citizens to purchase the masks from pharmacies under tight supervision at a rate of 2 per week which has now been increased to 4 per week. The cost of each mask is set at about 1USD. Masks became mandatory on subways, buses, and many private businesses. Access to other personal protective equipment is easy and price gauging has not taken place. You can find hand sanitizer in most elevators, taxis, buses, offices, and stores. The president makes public appearances using the correct type of mask and the use of PPE is accepted by the entire country.

Contact tracing became a major key to tracking down the infected and the sources of those infections. When a person in Korea tests positive for Covid-19, CCTV footage, cell phone data, and personal interviews are done to find out who could have come into contact with the infected. Alerts are immediately sent out to all cell phones showing the area where the infection took place, the locations that person visited recently, and other relevant information.  Website links are included where you can see every place the infected person recently visited. Recently, Korea had 4 straight days of no new infections being reported. However, on April 6th, a cluster infection was discovered and tracing has kept it from becoming much worse.  On April 30th, a 29-year-old man from a suburb south of Seoul went bar hopping and visited 5 clubs in the district of Itaewon. On May 6th he felt ill and tested positive. Tracing discovered over 1900 to have had the possibility to have come into contacted and told to come in for testing. Between May 6th to May 10th, 34 infections were identified and quarantined. Infection numbers due to this cluster are expected to increase but the damage would have been unimaginable without such tracing.

Because of all the aforementioned steps that were taken against Covid-19, a general lockdown was never implemented. Instead, only when absolutely necessary are places shut down. The best example of this is schools. Almost immediately, schools were closed and classes moved online. The result of these actions has saved people from the kind of unemployment that is happening across the United States. Social distancing has been implemented but in general, people are living their lives as normal albeit with more caution than before the outbreak.

What Can We Learn?

Once the new epicenter of the Covid-19 outbreak, Korea took the steps necessary to flatten the curve under the approval of the public. As of May 10th, 2020 the number of infections in Korea sits at 10,840 with roughly 50% of those coming from a single cluster outbreak in the city of Daegu at religious cult gathering. The number of dead in Korea is 256 with 9610 recovered. The economic fallout has been minimized the lives of people here are generally normal. The response has not been perfect. There is much to learn from places like Taiwan which acted even swifter than Korea but other countries can take note of what has happened here. By having access to information people’s lives can be saved and the economic fallout can be minimized.

For further information, check out this podcast from The Expat Money Show with Mikkel Thorup –  006: Tony Medina – Building A Medical Tourism Business In Korea

Tony Medina is a Canadian expat and CEO of Seoul Guide Medical, Korea’s largest and most trusted medical tourism service provider. He has appeared on CNN, NBC, CBC, and other news outlets as the top expert in the field of Korean medical tourism and is a business leader in the Asia-pacific region.

How to Entertain Yourself Online: Never Be Bored Again