US Spending $5.5b to Keep Up with Panama - Escape Artist

US Spending $5.5b to Keep Up with Panama 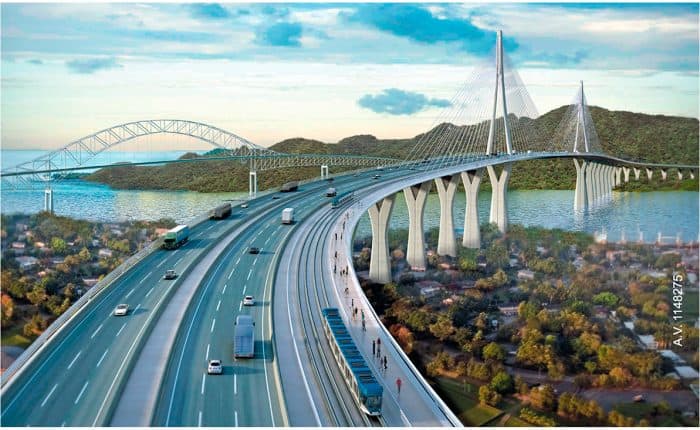 The United States is spending $5.5 billion to expand her ports to accommodate the giant freighters that will be begin coming through the Panama canal in 2016.  While the canal expansion cost investors about $5.25 billion, including major overruns in 2013 and 2014, port expansions in the US are landing where they always do… on the shoulders of average Americans. About half the costs will be passed on to city residents in the form of sales tax increases.

For example, expansion of the port in Jacksonville Florida will cost $766 million with $416 million coming from city taxpayers. The rest will be borne by the Federal government.

Likewise, the port of Miami is spending $1.3 billion on its expansion with 40 – 50% coming from city coffers and the balance from state and federal sources. This port has been hurting and hopes to cash in on its proximity to Panama. It’s the nearest major port to Panama with cargo moving by rail to other hubs at a lower cost.

In recent years, port in Miami has been crushed by Federal regulation and increased searches and seizures of foreign vessels. You might say, from government overreach or interference similar to the damage being done to us Americans abroad by FATCA et al.

Since 9/11, heightened inspections and the resulting delays have raised the cost of shipping through US ports. Back in the day, trans-shipments accounted for 25% of the traffic at the port of Miami and added significantly to its bottom line. Today, this high value traffic is almost non-existent.

Like private banking and diversified investment options, most of the trans-shipment cargo has been pushed offshore to smaller ports in the Caribbean and Latin America. And some cities are betting big on their ability to bring back this business through expansion. They assume smaller nations won’t be able to support the required infrastructure and giant cargo ships, which will account for about 65% of all containers by 2020, will be forced to return to the U.S. of A.

And if these wagers miss, several cities might be facing bankruptcy. For instance, Jacksonville expects to raise hundreds of millions in cash from the expansion to cover some of the $1.65 billion in pensions owed to fire and police unions. Unfortunately, the financial markets aren’t buying it… Jacksonville’s bonds were recently downgraded by Fitch ratings.

Miami’s plan is to “work with Federal regulators to make the transshipping process more efficient and less burdensome” to attract business to pay for the improvements. Is getting the US government to act reasonably a business strategy on which to bet $766 million? I guess we’ll find out.

No matter the costs and benefits of port expansion in the United States, the canal will ensure Panama’s place in the world for decades to come. And this is one of reasons I believe Panama to be a great investment. Panama will grow at 7% in 2015, down only 1% from the height of the canal frenzy in 2014.  Look for real estate (particularly outside of Panama City), banking / financial services and tourism to be major drivers. For more on Panama’s prospects, check out my post: Panama Outlook 2015

The Storm is Coming. Protect Your IRA Now!