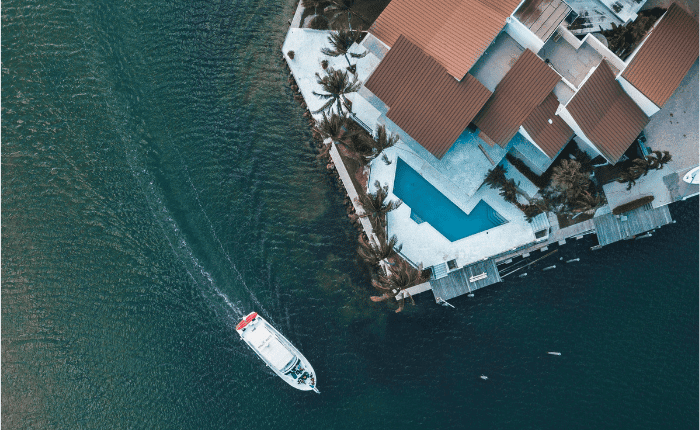 As 2018 came to a close, the National Assembly in Belize took action on amendments to three existing Acts. The goal was to modify current legislation, so it was more in line with the expectations set by organizations like the Organization for Economic Cooperation & Development and the Financial Action Task Force. As international organizations charged with evaluating and regulating financial policies and procedures within different nations, there was some concern about the laws applying to the establishment and management of offshore accounts within Belize.

Specifically, three Acts that provide the framework for offshore banking in Belize – The International Business Company Act, The Income and Business Tax Act, and the Stamp Duties Act – underwent modifications that allowed Belize to regain the status of a favored financial haven.

What were those changes and how will they affect International Business Companies (IBCs) now and in the future? Here’s a breakdown that will help you understand the impact on establishing and maintaining accounts in Belize.

A Fresh Take On Who Can Own An International Business Company

Passed in 1990, The International Business Company Act is no stranger to amendments. Legislative action to alter the Act occurred more than once over the years. The last revisions and/or changes took place in 2011. With the amendments that went into effect on 1 January 2019, three significant changes occurred.

The first has to do with who may own an IBC. Up to this point, owners of IBCs could not also be legal residents of Belize. It’s now possible to be a resident of Belize, have a physical presence within the country, and structure the company in full compliance of the laws that relate to IBCs.

How was that accomplished? The changes broadened the definition of a Belize resident. An exemption that once prevented an IBC from being classed in this manner no longer exists. This brought about the second significant change by also removing the prohibition of conducting business with other lawful residents, something that could help broaden sales and other business opportunities for qualifying companies.

Thirdly, IBCs can now own physical property within the country, providing the change to establish facilities that actively serve a local as well as an international customer base.

There are still qualifications that must be met in order to comply with the new IBC regulations. That includes a physical presence requirement. Business owners seeking this status receive a period of five years to comply.

The amendments also impact tax obligations. These go hand in hand with what type of entity can now be considered a Belize resident. Depending on the nature of the business operation, the entity may be classed as what’s known as a tax resident.

In some cases, the changes eliminate the potential of being considered a zero-taxation jurisdiction. Entities of this type are generally considered to be somewhat riskier. In the past, a zero-taxation jurisdiction faced greater expenses related to compliance costs. There was also a more complex process for complying with regulations loosely referred to as “Know Your Client” requirements.

Qualifying for residency does mean the IBC has to generate a minimum of annual income. That’s collected revenue rather than generated revenue.

There’s also the potential for an audit to take place. In order for this to happen, there are several factors that must be present. For example, the entity’s total receipts must be equal to or exceed $6,000,000 in U.S. Dollars. If the entity operates a processing facility within the country, the revenues must equal or exceed $500,000 Belizean Dollars.

There’s also a list of five other qualifications included in the amendments that may or may not lead to an audit. A minimum of at least two must apply:

Tax and reporting obligations that did not previously relate to those IBCs now apply. That includes calculating and remitting taxes in accordance with tables provided within the Act, filing annual returns based on the regulations now in place, and potentially being subject to the provisions found in the Stamp Duties Act.

The ability to register as a lawful resident also means that IBCs are subject to provisions of the Stamp Act that did not apply previously. This Act focuses on the duties or assessed taxes related to documents issued by and to organizations that are considered Belize residents.

Documents related to land transactions, invoices and receipts for services rendered, checks, and other legally binding instruments are now subject to the same duties as domestic entities.

How Does Belize Benefit From These Changes?

There are several ways that Belize stands to benefit from the amendments. Aside from collecting a modest amount of taxes, the potential for greater recognition in the global community is a strong motivator.

Simply put, amending current laws so that they are looked upon with more favor by international organizations that place a high premium on transparency translates into a higher positive profile. That in turn paves the way for more interest on the part of offshore business entities.

While there are taxes involved, they remain comparatively low when examined alongside taxes assessed in other countries. Even at lower revenue generation levels, the taxes are favorable for companies of all sizes. The fact that the tax obligation is lower once the revenues reach and maintain a certain level only serve to make establishing residency more attractive.

Choosing to bring the laws more in line with international standards is also a good thing for Belize. IBCs that are considering residency are likely to see the changes as enhancing the stability within the nation. That provides one more reason to consider Belize over some of the other countries that offer similar financial benefits.

There are those who believe that the amendments will only serve to make Belize more attractive to business owners than ever. While much depends on the nature of the operation and whether the company meets the qualifications for lawful residency, there’s a good chance that entities which once overlooked Belize will now seriously consider what the country has to offer. Only time will tell if this is true.