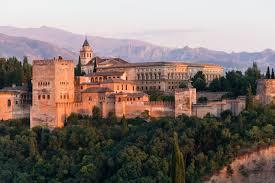 When it comes to living in Spain, there are a handful of cities that have a lot more popularity than others. Then again, Spain offers so many great options, so it can be hard from some expats to choose! Generally, the cities you hear mentioned the most among expats in Spain include: Madrid, Barcelona, Malaga, Granada and Valencia. Here is a little more information on each of those top five!

Madrid is Spain’s capital city, and with 3.2 million residents, it is also Spain’s largest city. It’s a bit more expensive than other cities on our list, but in return it has plenty to offer. Madrid is home to the Prado Museum, famous for having one of the world’s finest collections of European art, and the best collection of Spanish art. Aside from its collection of noteworthy museums and artwork, Madrid also possesses a preserved look and feel in its historic neighborhoods and streets. It is full of landmarks, such as the Royal Palace and The Royal Theater. With all that there is to see in this city, you may not even mind that you aren’t near a beach. Madrid is located in the center of Spain, on the Jarama and Manzanares river basins. The climate is cold in the winter and hot in the summer, with winter lows averaging around 37 degrees and summer highs averaging 82 – 88 degrees. Madrid is the third best city in the world for expats to relocate, according to the 2016 Expat Insider Survey by InterNations, and it is the top city in Europe based on the same findings.

Barcelona is the capital of Spain’s Catalonia region, and while the language is, of course, Spanish, it doesn’t hurt to know a little Catalan if you’re hoping to live there. This is Spain’s second largest city, and it is well-known for its art and architecture, like the Sagrada Familia church by Antoni Gaudi and the modern art museums of Picasso and Fundacio Joan Miro.

There is a network of expats in Barcelona who like to plan events together and help each other out with advice for living the new lifestyle in this city. With all of the things to do, there’s no shortage of activities for you to explore with your fellow expats. Barcelona is home not only to artistic architecture and museums, but to beaches, great food and wine, and an exciting nightlife.

The expats in Spain who choose Malaga, the country’s sixth largest city, usually do so for access to Spain’s southern coast on the Mediterranean. It features mild winters and hot summers and beachy breezes. The city itself is where the running of the bulls started, and when you enter it, you can see the plaza where it all began. The buildings themselves, in the downtown area, have rounded corners so that the beach breeze can make its way through. You’ll find rich history and culture here, and references to Pablo Picasso, since this is the city in which he grew up. The city comes together for cultural events quite often, so expect to build a strong sense of community with the locale.

The most affordable city on this list is Granada. Expats have found that they can live in the city center for as little as $460 USD per month. The city is located in southern Spain’s Andalusia region, at the foot of the Sierra Nevada mountain range. Granada’s claim to fame lies in the Alhambra, an Arab citadel and fortress complex dating back to AD 889. It began as an Islamic fortress, but saw change numerous times throughout history, due to the changing of power and government over thousands of years.

Granada is said to be the “land of a thousand castles,” and it was the last stronghold of the Spanish Moors. You’ll find strong Islamic influence in the architecture, and even in today’s cuisine. Granada has the best of each climate, in that it’s located at the foot of the mountains and the intersection of four rivers, and yet is still only an hour from the Mediterranean coast. World skip championships are held nearby, which says a lot about the difference in climates available all around it. Granada is also a university city, and is home to five different universities, although its population is small compared to those of the other cities on this list, at only roughly 237,000 people in the city proper. If you’re looking to be one of the expats in Spain who gets to enjoy historical architecture, mountains and beach, and a city whose population doesn’t overwhelm you, Granada would be your place.

I hope you enjoyed reading: Top 5 Cities for Expats in Spain. If you would like to know more about the visa process for Spain, please contact our office HERE!. I would also like to share some additional articles on Spain!

PUSH – The Love Motels of Panama