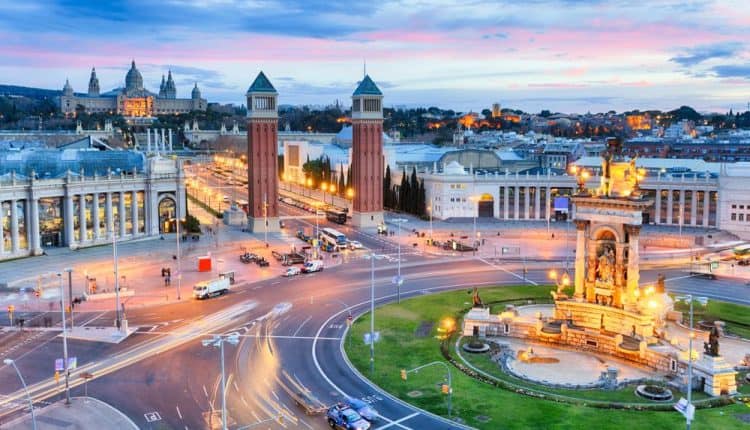 Spain is a dream destination for many, and as an expat, you can make life there a possibility. This country offers a more laid-back lifestyle, with mid-day siestas and later mornings. Of course, then there are the beaches, mountains, and vineyards along with a beautiful art culture and rich history in many of the cities. If you’re seeking an expat life in Spain, here is what you’ll need to know.

For those visiting Spain from the United States and Canada, you won’t need a visa up front. Your short-term, tourist visa is provided via a stamp in your passport once you land in Spain. That short-term visa will allow you to stay for up to 90 consecutive days. The stipulations that apply to this short-term visa make it very impractical for those wishing to be expats living in Spain. That’s because the visa doesn’t allow a renewal from within the country. You can stay for 90 days, but then you must leave the entire Schengen area for 90 days before you can come back again. This short-term visa is good for if you want to come and scope it out – travel through the cities and get an idea of where you’d like to spend your new life. Once you’ve spent that time up, you’ll have to go back to your home country and apply for a permanent residence visa through your Spanish embassy or consulate.

As a permanent resident of Spain, you can stay in the country while keeping your citizenship and passport from your home country. If you want to become a Spanish citizen, however, you’ll have to give up your original nationality and passport. Once you’ve been a permanent resident for 5 years uninterrupted, you can apply for an EU long-term residence permit. This allows you to stay indefinitely. You will have to provide the proper paperwork and proof that you can support yourself financially.

Pension in Spain for Retirees

While leading an expat life in Spain, you will find that it has a mandatory pension system that is funding by social security. There is a generous state pension and then a smaller market of company and private pensions for boosting your retirement income. Foreign residents who work in Spain can claim a Spanish pension after meeting certain criteria. In some cases, you may even be able to have your international pension transferred or have it count toward your pension in Spain. Pension rates in Spain are known for being very generous and are much higher than those of many other countries.

Spain sees a large expat population from the UK (310,000 as of 2017 stats), Ireland and France, which makes up the most of its expat population. There are known to be about 41,000 American expats living there, and that number is increasing year-over-year. The top five cities that expats flock to when moving to Spain generally include: Barcelona, Granada, Madrid, Malaga and Valencia. If you’re looking for a city with a large expat population, you are most likely to find that in one of these cities.

Your money has the potential to go a lot further in Spain than it does back home, depending on the lifestyle you choose to lead. Of course, in your view, expat life in Spain could very well mean luxury and fine dining, which would come with a higher price tag. If, however, you choose to live more like the locals, you’re more likely to have a lower cost of living than what you’re used to from back home. For example, if you want a one-bedroom apartment in the city center of Madrid, be prepared to pay about $985 USD per month. If you’re willing to live a little more on the outskirts, you can find one-bedroom apartments for around $730 USD. Prices are a bit higher in Barcelona, and lower in Malaga and Granada (Rent prices are, on average, under $500 for a one-bedroom in the Granada city center).

Spain residents also enjoy many options as far as climate. They can choose to live at the foot of the Sierra Nevada Mountain range in a cooler climate, or they can choose to live along the Mediterranean Sea for beach climates, and then anywhere in between. The weather near the Mediterranean, though, is known to be especially beautiful and sunny, with temperatures in the high seventies in winter, in areas like the Costa del Sol in Malaga.

I hope you enjoyed reading: Expat life in Spain. If you would like to know more about the visa process for Spain, please contact our office HERE!. I would also like to share some additional articles on Spain!

Healthcare and Elderly Care in Sweden