The Expat Life in Granada, Nicaragua 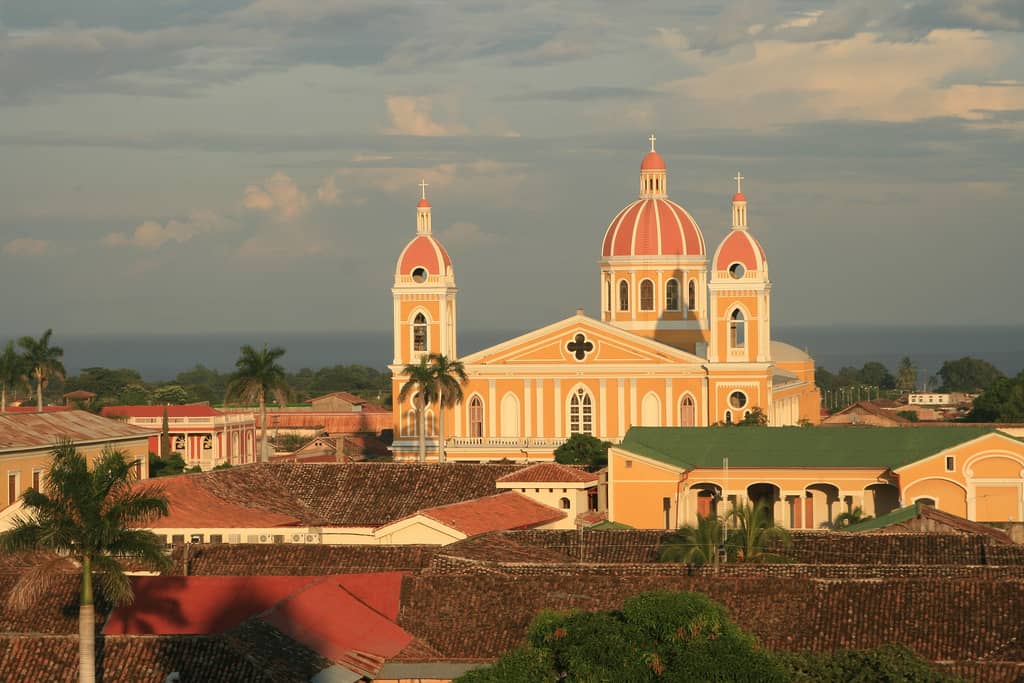 Granada is a city that sits on the banks of Lake Nicaragua. It’s most famous for its colonial architecture, including the yellow cathedral that sits in the city’s square. Granada is a city of culture and beauty and appeals most to those who wish to live in an elegant, colonial home away from the beach vibe. Expats flock to this location quite frequently, so the social opportunities for fellow expats and new arrivals are plentiful. Granada offers a myriad of activities to keep the fun going, even without the beach. The lake it sits on is the 20th largest in the world, and it brings its own set of adventures to the scene.

Granada is located in western Nicaragua and has a population of under 150,000 people. While it’s not an overly crowded city, it is still a highly important one for the Nicaraguan economic and political landscapes. It is Nicaragua’s center of commerce, thanks to its timber, gold and silver industries. It has also been a center for tourism for the country, thanks to its reputation for having some of the most well-preserved colonial architecture in Nicaragua. All of these factors combine to make Granada a city that thrives in the real estate industry as well. It’s not often you find a city with such history, that’s so relaxed, and yet acts as such a superpower for a country’s economy. That’s what makes Granada so special. Well, that and its elegance and beauty, of course.

This city was historically the sister capital of Central America, along with Antigua, Guatemala. This was thanks to its ideal location for trade, with access to the Atlantic Ocean through the lake, and also with access to San Juan River. In fact, Granada had such an important role in the economy of Nicaragua that it rivaled Leon as being named the capital city of the country. This dispute lasted many years until it was agreed Managua should be named as the capital, since it sits in between the two other cities.

The climate is warm all year round, which adds to the many qualities that make it a great place to live.

Why Granada Appeals to Expats

First, if you’re looking for a social, outgoing and busy expat community, Granada is a great place to start. Expats conglomerate in this city and they’ve organized book clubs, dance classes, art classes and they even plan excursions and tours together. You can never get bored in this friendly and welcoming environment, made up of others with your same interests.

Nicaragua is a great place to retire in general, thanks to its higher quality of life for a lower cost of living than many other locations. It’s possible to live a comfortable lifestyle in Granada for under $1,500 per month. Rent for a two-bedroom apartment can cost under $600, and a meal for a basic lunch in the city runs at under $5 USD.

The lifestyle itself is very laid back, but even so, the city offers good healthcare and amenities. Restaurants line the city center, and many of them have gained international recognition for their cuisine. Granada offers the appeal of a beautiful, historical town with a culture that embraces relaxation, plenty to see and do and all of the amenities you’d need to live comfortably. Why wouldn’t it appeal to expats?

There’s plenty to see and do within the city itself, but there are also numerous half-day excursions available for when you want to step out of town to see something new.

Within the city, there are art galleries, museums, and open-air markets, along with islets (there are hundreds of small islands off the lake, thanks to a prior eruption of the city’s volcano many years ago) to explore and a volcano to climb with lagoon waters in which to swim and revive. The volcano, Mombocho, also offers other activities, such as hiking trails and zip-lining.

La Calzada is Granada’s famous street for dining, where you’ll find all of the best restaurants, and day trips to Parque Nacional Archipiélago Zapatera are readily available for those who wish to take a look at the country’s biggest collection of petroglyphs.

There is so much to see and do in this interesting and culturally diverse city that it’s safe to say you’ll never get bored.

You’ll find that much of the housing is relatively new and owned by your fellow expats. You’ll have plenty of options based on the lifestyle you’re seeking. Keep an eye out for people trying to sell you real estate everywhere you look. Make sure you’re getting exactly what you want!

I hope you enjoyed reading this article: The Expat Life in Granada, Nicaragua. Here are a few additional articles that I know you will love!