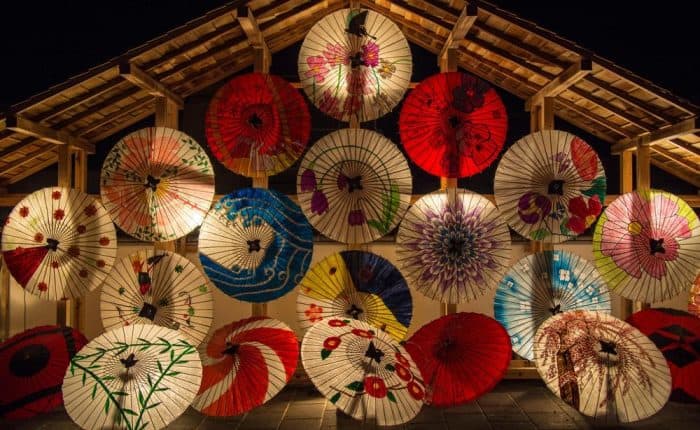 Even though you never have been in Japan before you probably know at least two of the traditional japanese dishes, sushi and tempura. But we can assure you that you will be in for a big surprise though, as Japan has many more traditionally dishes to offer that will leave you with a desire for more of this delicious food.

If you are a first-time visitor you can start exploring Japan’s culinary scene in the vicinity of subway and train stations. Here you will find many reasonably priced restaurants that offer great, traditional food. They are mostly located in downtown office building basements, the dining floors of department stores, urban shopping centers, and the underground malls of the busiest railway stations and are visited by office workers during lunch break. If you don’t speak Japanese you will find the menu displayed in the restaurant’s windows, either as plastic or wax replicas of the original dishes or on a menu with photos and you just point to the dish you want to order.

More pricey restaurants offering international haute cuisine food can be found mostly in the best hotels or in fashionable city districts such as Tokyo’s Ginza, Roppongi, Akasaka and Harajuku.

For people in a hurry, noodle stands, coffee shops, fast-food outlets and vending machines provide a variety of food and drink at very low cost.

In the following a list of the most traditional dishes you will find in Japan:

Sukiyaki is prepared right at the table by cooking thinly sliced beef together with vegetables, tofu and vermicelli.

Tempura is food deep-fried in vegetable oil after being coated with a mixture of egg, water and wheat flour. Among the ingredients used are prawns, fish in season and vegetables.

Sushi is a small piece of raw seafood placed on a ball of vinegared rice. The most common ingredients are tuna, squid and prawns. Cucumber, pickled radish and sweet egg omelet are also served.

Kaiseki ryori is regarded as Japan’s most exquisite culinary refinement. Consisting mainly of vegetables and fish with a seasoning base of seaweed and mushrooms, the dishes are characterized by their refined savor.

Yakitori is made up of small pieces of chicken meat, liver and vegetables skewered on a bamboo stick and grilled over hot coals.

Tonkatsu is a deep-fried pork cutlet rolled in breadcrumbs.

Shabu-shabu is tender, thin slices of beef held with chopsticks and swished around in a pot of boiling water, then dipped in sauce before being eaten.

Soba and udon are two kinds of Japanese noodles. Soba is made from buckwheat flour and udon from wheat flour. They are served either in a broth or dipped in sauce and are available in hundreds of delicious variations.

Papagayo: Another Jewel of Costa Rica