A Country You Don’t Want to Escape to - Escape Artist

A Country You Don’t Want to Escape to 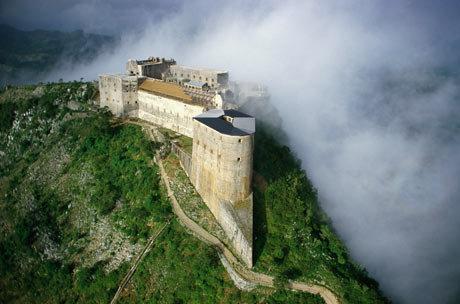 It is the Citadelle Laferrière, revered by professional distortionists of history as “the greatest monument to black freedom in the Americas.” What it really is, instead, is a monument to totalitarian insanity and what makes such insanity possible – a culture’s memetic defects.

Lately, we’ve all been subjected to the world media’s frenzy over the alleged use of a vulgar word used by the U.S. President in a private meeting. The media has gleefully repeated this word ubiquitously in order to accelerate the obscene vulgarization of public discourse.

There is no need to repeat such a word here. What we’ll focus on instead is the fact that there are countries you don’t want to escape to, and why. One of them is Haiti.

Let’s start with a quick look at Haiti’s horrific history. 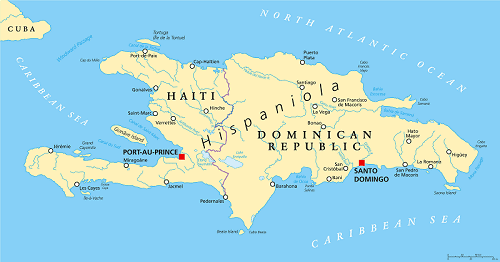 Haiti is the western third of Hispaniola in the Caribbean, between Cuba and Puerto Rico – the eastern two-thirds is the Dominican Republic. It’s the size of Albania in Europe or South Carolina in the U.S. (28K sq. km.)

Spain colonized the whole island of Hispaniola in the 1500s, but in the 1600s, French pirates took over the west. Louis XIV formally got it for France in a treaty with Spain in 1697, naming it the colony of Saint-Domingue.

By this time, the pirates had turned into wealthy planters with coffee and sugar cane plantations. By the 1760s, Saint-Domingue produced 40% of all sugar and 75% of all coffee consumed in Europe, making it enormously prosperous and providing France’s single largest source of revenue.

All of this was done by African slave labor. There were 40,000 wealthy, white French colonists, and over 400,000 Black African slaves.

The French Revolution, with its language of the Rights of Man, bloody revolt against the rulers of France, and destabilization of the French colonial military, triggered a massive slave revolt in Saint-Domingue in 1791. Over 20,000 French planters and their families were butchered; thousands more fled, particularly to America and New Orleans.

When Napoleon came to power in 1798, he was determined to get the colony back and resuscitate the sugar cash cow the slave rebels had killed. It had imploded into a murderous civil war of rival ex-slave armies that had divided the colony in two. The economy had completely collapsed with widespread starvation. In 1802, Napoleon sent 32,000 French troops to invade, then 12,000 more.

Almost all of them died, mostly from yellow fever, malaria, and starvation, as there was no food. Napoleon lost more of his soldiers’ lives in Haiti than he did at Waterloo. For by the time he ordered a retreat in late 1803, the victorious ex-slaves had renamed their new country Ayiti, meaning “homeland” in their Creole language.

Napoleon’s defeat had left him so broke he agreed to sell the French colony of Louisianne to the U.S. for $15 million: 3 cents an acre for the Louisiana Purchase.

Haiti, meanwhile, was still divided in two. The leader of the ex-slave army in the north was a fellow from the British island of Grenada who had adopted the French name of Henri Christophe (1767-1820). He declared himself King Henri I of northern Haiti, his wife to be Queen Marie-Louise, his daughters to be Princesses Amethyste and Athenaire, and his son Jacques to be the Prince Royal.

He anointed his cronies Dukes and Counts – with one couple having the title of the Duke and Duchess of Lemonade, another the Count and Countess of Marmalade.

He also proceeded to re-enslave his people. With their slave labor, he built several palaces and chateaux – the most impressive being the marble-floored Palace of Sans Souci (Without Care), where his ersatz nobility wore the latest French fashions and gorged on the costliest of imported French delicacies.

That same slave labor was put to work in reclaimed sugar plantations, and to build La Citadelle, a bastion high above Sans Souci to ward off another French invasion. 20,000 slaves died under the lash or from utter exhaustion building it, hauling hundreds of cannons, tens of thousands of cannon balls, and millions of bricks and rocks 3,000 feet up the steep slopes to the site.

Christophe murdered anyone who displeased him in any way – including Catholic priests. In the fall of 1820, he collapsed in terror, screaming that he had seen the ghost of one of these priests warning him of the hellfire to come, and suffered a stroke that paralyzed half his body.

The news that the monster could no longer rule spread like wildfire. On October 8th, a huge mob stormed the gates of Sans Souci, and Christophe’s troops deserted him. Knowing that the mob would literally rip his body apart, Christophe took his favorite pistol and fired a bullet into his heart. He was 53 years old.

His wife and daughters, terrified of what the mob would do to his body, fled with the corpse carried by assistants up the trail to the Citadelle. The mob followed them. Reaching the fortress, in the courtyard was a huge vat of liquid lime, used as building mortar. The ladies and their assistants shoved Christophe’s body in, where it dissolved. The only thing recovered were the buttons on the monster’s uniform.

The mob spared the ladies (they were allowed to flee to Europe), but when they found Prince Jacques, he was promptly bayoneted. The mob then burned Sans Souci down. Here is what it looks like today: 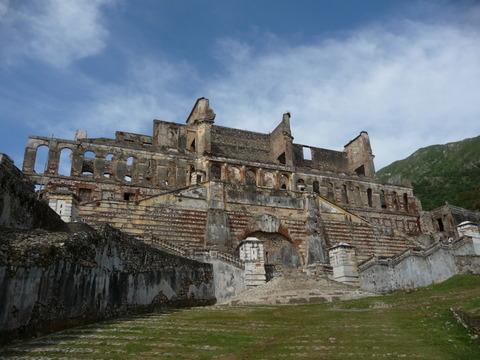 The Citadelle has been a deserted ruin ever since. I was the only visitor there. It is an incredibly impressive monument to insanity, breathtakingly large, with walls 130 feet high and 16 feet thick: 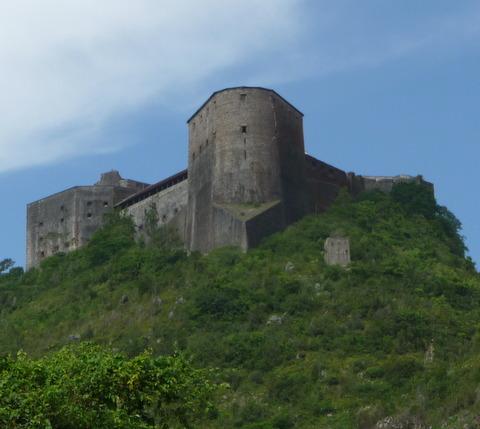 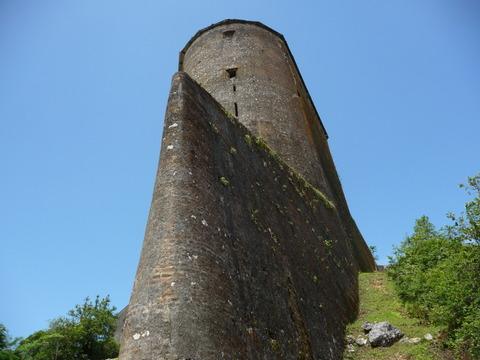 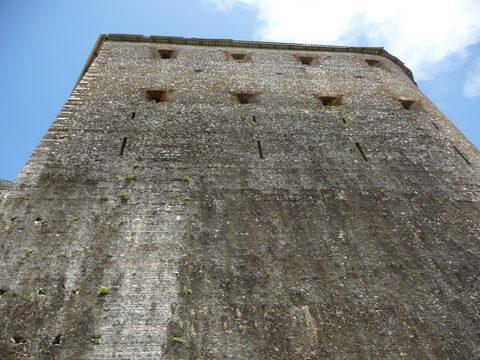 The holes in the wall are not windows — they are cannon ports. Hundreds of cannons and thousands of cannon balls lie untouched: 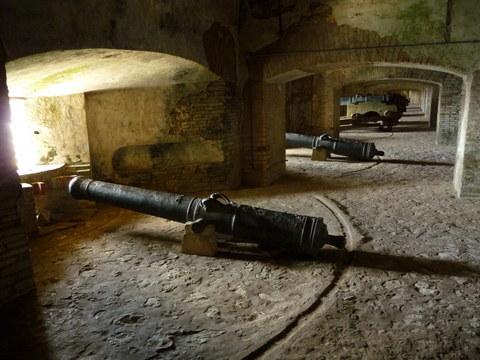 The solidified lime vat is still in the courtyard: 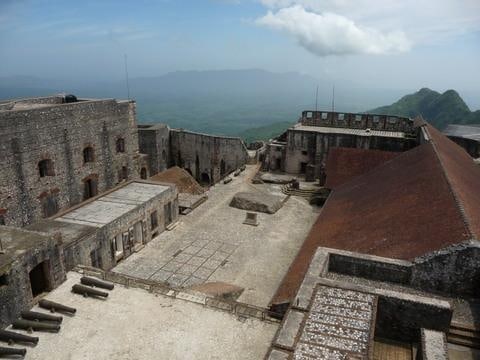 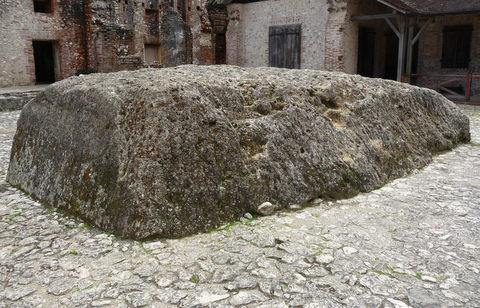 So much for “the monument to black freedom.” Haiti has never experienced a single day of freedom in its entire existence, to this very day. It’s been an unending series of dictatorships and coups ever since King Henri, like the horror of Francois “Papa Doc” Duvalier and his son “Baby Doc” from 1957-1986. In 2004, there was yet another coup, resulting in the takeover of the country by the United Nations (UN Stabilization Mission in Haiti or MINUSTAH).

The UN takeover was made complete after the earthquake disaster of 2010.

Haiti, in other words, is not only a failed state – for over 200 years, it has always been a failed state. Its memes are defective.

You may be familiar with the term. “Meme” (rhymes with seem) was coined by Oxford zoologist Richard Dawkins to conceptually reframe our understanding of the beliefs and values commonly accepted by members of a given community. Memes are cultural genes, the social equivalent of chromosomal genes.

A genetic defect can prevent an organism from being healthy, can cause its death, and if spread across its species, can cause a species’ extinction. A memetic defect can do the same for members of a culture and the culture itself. This is what is defective about Haiti. It’s not a matter of intelligence, nor of race or ethnicity, but of cultural values.

Take a look at the Country IQ list compiled by the world’s expert on IQ, Richard Lynn. Haiti’s is 72. Right next door, the Dominican Republic’s is 84 – not a lot higher, but the cultural difference is vast. (Table 4, IQs for 185 Countries)

Haiti has completely trashed its environment with giant piles of rotting rubbish everywhere and deforestation like you wouldn’t believe – entire mountain ranges are simply denuded. The DR is clean, neat, and with flourishing forests. This is just one example. Haiti and the DR are literally like night and day. 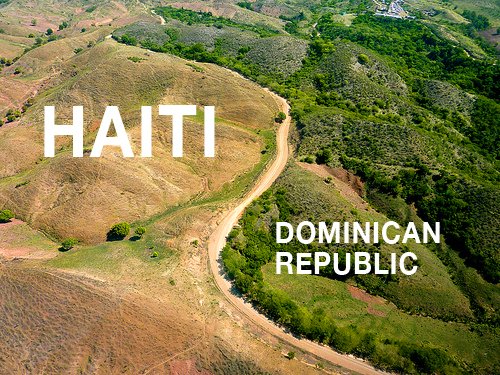 Or for an even more dramatic contrast, check out the Koreas: the North’s average IQ is 105, the South’s is 106. Same genetic ethnicity…cultural difference couldn’t be more stark.

As Escape Artists, it’s critically important to distinguish between countries you’d want to escape to and those you really don’t. The world’s most obvious example of the latter is, of course, North Korea. In the Western Hemisphere, it’s clearly Haiti – along with Cuba and, tragically now, Venezuela.

All three are grossly defective mimetically. The issue then is the depth and pervasiveness of the defects. Venezuela has been suffering from the Chavista cultural defect for 20 years (since 1998) and is now in the final stages of collapse – far too little time for a defective meme to become irreparable.

The odds are good then that Venezuela will recover fairly quickly once the Chavistas are swept away. Cuba will take longer.

The Castro dictatorship has been in power for almost 60 years, since January 1959. The memes of helplessness, dependency, and acceptance of freedomless misery as the norm have become entrenched in the Cuban people for over two generations. It may take a generation or two after the Castro regime is in the ashcan of history before Cubans can fully restore their culture. Let’s hope it’s much shorter.

Venezuela before Chavez and Cuba before Castro knew far more freedom and prosperity than now, and that memory gives them both a leg up on their post-Chavista, post-Castro futures.  Haiti, on the other hand, has never known any freedom and any prosperity, ever, for centuries.

Thus, it’s hard to hold out much hope for Haiti. The country’s defective memes seem lethally hardwired into the culture. There are several such failed states in our world today. There is tragically an abundance of them in Africa – such as Nigeria, Guinea-Bissau, Eritrea, South Sudan, and the poster-child of failed states, Somalia (but not Somaliland, that’s much better).

As someone who has been to every country in Africa, I wish it were otherwise – and it is otherwise in many other African countries, such as Rwanda or Namibia. There are perhaps as many places of hope than of hopelessness in the African continent.

There are failed states with mortally defective memomes outside of Africa, surely – two of them being Yemen and Afghanistan. Along with North Korea – it’s not going to last much longer (I’ve been there three times, I know the signs). And let’s not forget the Land of Fubar – the least viable country on the planet, Nauru.

To cut to the chase – as Escape Artists search for a place to escape to, it behooves them to carefully and objectively examine the foundational cultural values of a country, and the extent to which its currently popular and dominant memes support those values or threaten them.

Ask yourself whether those values and memes are compatible with yours.

So – good luck in your search. This should narrow it a bit, for you can scratch places like Haiti off your list.

Click here for details on Jack’s  “Hidden Pacific – Islands of Mystery and Legend” this coming May.