8 Reasons to Retire to Costa Rica in 2020 - Escape Artist 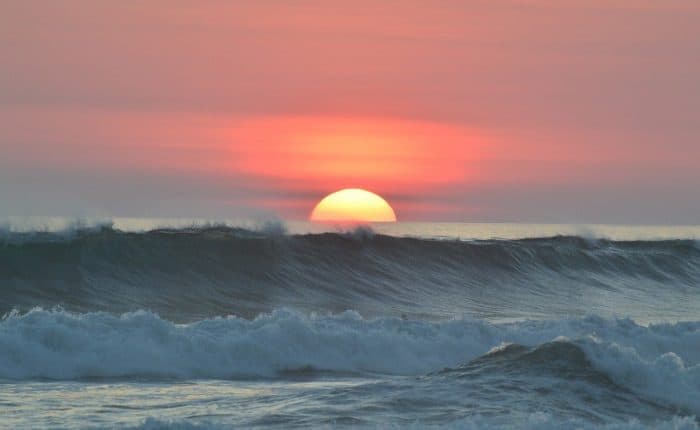 Compared to many other countries in Central America, Costa Rica enjoys far more political and economic stability. The country has a moderate growth rate, it’s a democratic country that doesn’t seem likely to change and there’s a fair bit of American expats living in the country at the moment. To make it even more convenient, it has a very low exchange rate with low costs of living to allow even those with moderate health to live in relative comfort.

In recent years Costa Rica has also become the hub of a thriving technology sector, outperforming even local talent. The outsourcing industry in Costa Rica is preferred by local US companies owing to the affordable services, smaller time zone differences and superior performance compared to its counterpart in Asia.

For all of these reasons, and some others that I’ll discuss in this blog make Costa Rica the ideal retirement location for American expats.

1. Cost of Living in Costa Rica

Costa Rica is one of the cheapest countries to live in across the world. The exchange rate is $1 to 568.61 CRC, effectively meaning that you will multiply your wealth 600 times. Usually what happens is that this disparity makes things very expensive in a country, but that’s not the case with Costa Rica. According to my resources, people say that a moderate lifestyle costs around $1000 a month, while $1500 can get you a fairly comfortable living.

2. Proximity to The United States

One of the many reasons people choose to retire to Costa Rica is its proximity to the coastal United States. It’s a four hour flight from the US to Costa Rica and even though it’s something of a tropical paradise, you can still stay in touch with your friends and family in the US because it’s just so easy to move around.

Costa Rica also has an open economy and has very convenient tax system that makes it ideal for business owners. Leading tech companies like Intel work in Costa Rica because of the fact that the country has some of the most talented tech labor force in the world and the wages paid can significantly reduce cost burdens on the owner.

The country also offers interested investors a wide range of investment incentives— these include full corporate tax exemption for the first eight years of operation. The tax burden is reduced by 50% for the next four years. These incentives apply to sectors like industrial manufacture, processing and businesses in the services sector. There are other incentives in forest sustainability and tourism.

Costa Rica follows a territorial tax system which only taxes people for the income generated from commercial activity in Costa Rica. If you’re setting up an offshore corporation in Costa Rica or deriving a pension from some place outside of CRC, you can have all of it without paying additional taxes on it. Some salient features of the tax system in Costa Rica are:

This is a pretty convenient tax system compared to what you have in places like the United States and most of Europe. Considering how your income derived from pensions or other retirement payments is free of tax, you really don’t have to worry about any complex tax savings schemes to protect your wealth.

Usually people are concerned about how they’ll fit into a new country, especially in terms of language barriers. Which makes sense, not being able to speak to the people around you can really take a lot out of the life you expect from your retirement. It makes life difficult because you really don’t know how to work your way around the country. Luckily, almost everyone in Costa Rica is fluent in English, according to some reports English is the most widely spoken language in CRC. So, you shouldn’t face any problems when you resettle in the country.

6. Plenty of American Expats Live There

There’s a thriving community of expats living in Costa Rica at the moment. People have been moving to Costa Rica for years now to take advantage of the comforts and financial advantages the country has to offer. While it was never a challenge to settle down in the country anyway, it becomes far more convenient to live there because of the common backgrounds people share.

Much like most other countries in South/Central America, Costa Rica is also home to a diverse geography that facilitates its thriving tourism sector. The beaches in the country are some of the most beautiful in the world, having maintained much of their natural state owing to the small number of people living in country. Additionally, Costa Rica is recognized as one of most bio-diverse regions in the world.

8. Residency Is Easy To Acquire

Many countries in South and Central America have designed policies that attract foreign investment by making it a great retirement destination. Panama, Nicaragua, Ecuador and Costa Rica hand out retirement visas without too much trouble. You have to get a temporary residency and have to extend your stay for long enough until you qualify for citizenship. I’ve also concluded in the past that Costa Rica is one of the easiest places to move to.

Considering the advantage that Costa Rica has to offer, there are few reasons why anyone should reconsider moving there. It’s one of the most stable retirement destinations in the world and one that’s steadily growing economically. With the existing infrastructure, low cost of living and the brilliant tax system, you should definitely think about going there for your retirement.