17 Things You Might Not Know About Costa Rica - Escape Artist

The Land Of The Finest Coffee Beans! 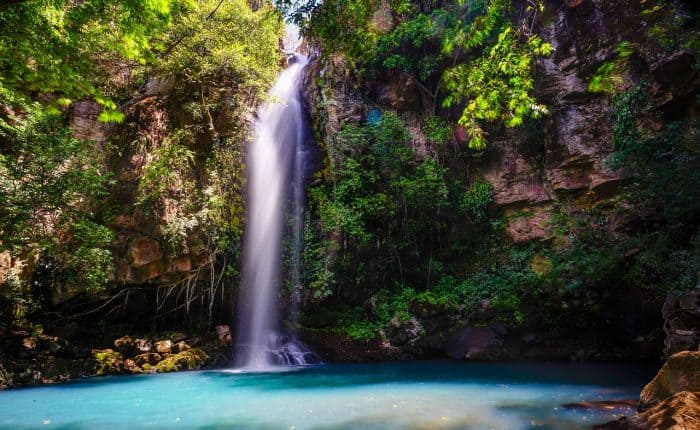 Costa Rica gets its name from its blue beaches and sandy seashores. The phrase “Costa Rica” means “rich coast” and perfectly describes the sandy beaches, the lush rainforest, and the biodiversity of the country.  Enjoy 17 things you might not know about Costa Rica.

The country may have made a name for itself with its natural beauty and gorgeous landscapes, but there are many things that people don’t know about Costa Rica.

Here are some facts about the country which you probably didn’t know:

1. The Locals in Costa Rica Are Referred to Ticos and Ticas

The residents of Costa Rica call themselves Ticos (for males) and Ticas (for females). These terms come from the practice of adding “tico” in the end of many Spanish words.

The general population is Tico. Costa Ricans use the term Tico every day, just like the word Pura Vida.

For example, the word “poco” (which means “a little” in classic Spanish), is changed to “un poquitico” in Costa Rica.

Here are a few other words using tico or tica;

The term Tico is not a sarcastic term, not racial, and not negative at all. 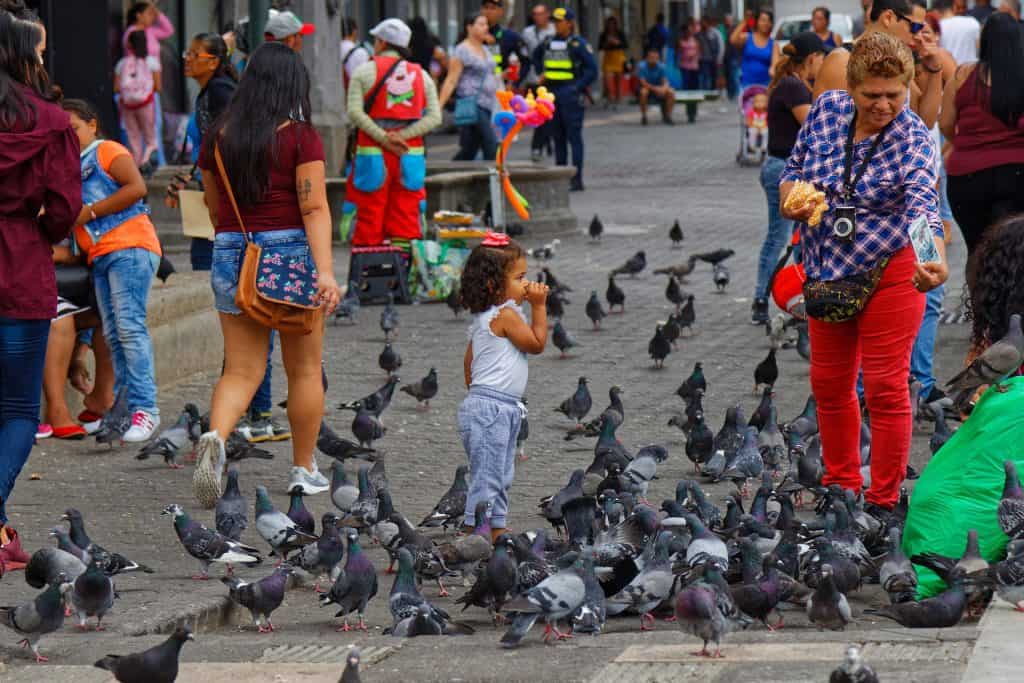 2. The Streets Don’t Have Names

That’s right! The streets of Costa Rica don’t have any street names or numbers on their buildings. Only recently has the country decided to place signs on some streets to make it easier for tourists.

San José, the capital of Costa Rica does have a gridded network of streets, or calles as they are called locally, that stretch into the avenues (avenidas). San José is quite easy to navigate through; it’s when you’re out of the city that you have to rely on local landmarks which can get very aggravating for expats and tourists that aren’t familiar with the place.

So how do people get around with no street names and numbers?

You know how some smartphones come with a compass app that most people never even open? Well, you’ll need it in Costa Rica because locals here rely on compass directions.

The locals of Costa Rica are great at using compass directions. If you’re visiting Costa Rica soon, get ready to hear instructions like “go 100meters northwest from the hotel, you’ll see an old building with a green gate”.

You may get nervous, but local cabbies won’t have trouble following the directions at all. Whenever you think you’re lost, always go to a church. All the churches in Costa Rica face the West so all churchgoers can be facing East (toward Jerusalem) when praying.

If you still can’t figure out where you have to go, feel free to ask the local people, they’ll be happy to help. It’s just how Costa Rica operates. It’ll take some getting used to but you’ll get the hang of it. 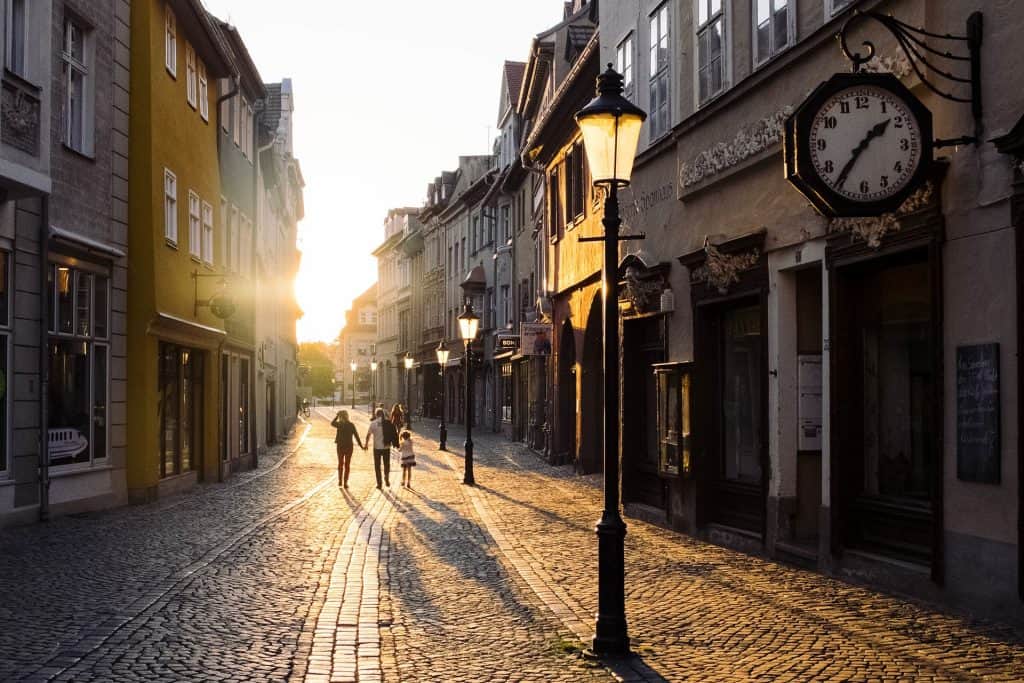 3. People Speak Languages Other Than Spanish

Costa Rica was once a Spanish Colony. It was conquered by Spain during the 16th Century and Spanish became the country’s official language. But Spanish isn’t the only language spoken in Costa Rica. About 10% of Costa Rica’s population considers English its first language; this is largely due to migration from North America. Many North Americans decided to make the move to Costa Rica to take advantage of affordable living and enjoy its gorgeous landscape.

Costa Rica values education and insists that students learn other languages such as French. Around 0.7% of its population can fluently converse in French.

Costa Rica is home to a few indigenous people who speak their own languages. The country’s indigenous languages originate from the Chibcha language family. Other languages include Limonese Creole (sometimes referred to Patua or Mekatelyu) which is a mix of Spanish and Jamaican Creole. Migrants from Jamaica that work in Costa Rica’s banana plantations and railways usually speak Limonese Creole.

If you travel to the Caribbean coast you’ll notice that there is quite a bit of Jamaican influence. You’ll spot Reggae bars and other food outlets that serve a fusion of cuisines.

4. It’s Not Unusual for Ticos to Brush Their Teeth After Every Meal

When you start working in Costa Rica, you’ll notice that your coworkers disappear for a few minutes after lunch. No, they aren’t gossiping about you—they’re brushing their teeth. Brushing teeth after every meal is a very common practice in the country. You’ll see people brushing their teeth in the mall, diners, etc.

5. Costa Rica Was One of the First Countries to Embrace Eco-Tourism

Around 25% of Costa Rica is protected land. It’s been set aside for parks and reserves to preserve the country’s flora and fauna from deforestation and commercialization.

The majority of Costa Rica runs on power that is generated by renewable resources. The government has also rolled out a plan to become carbon neutral by 2021. It also plans to completely ban single-use plastics.

As part of its plan to preserve its natural beauty, Costa Rica has built 8 biological reserves, 20 national parks and plenty of animal refuges.

By doing this, the Costa Rican government encourages people to use public transport and ride-sharing services which in turn help reduce carbon emissions.

6. Costa Rica Relies on the Tourism Industry to Bring in Money

In 2013, tourism in Costa Rica reached an all-time high, boasting more than 2.4 million visitors from abroad.

UNESCO which is the United Nations Educational, Scientific and Cultural Organization has picked four sites in the country that hold immense natural and cultural value and declared them World Heritage Sites. 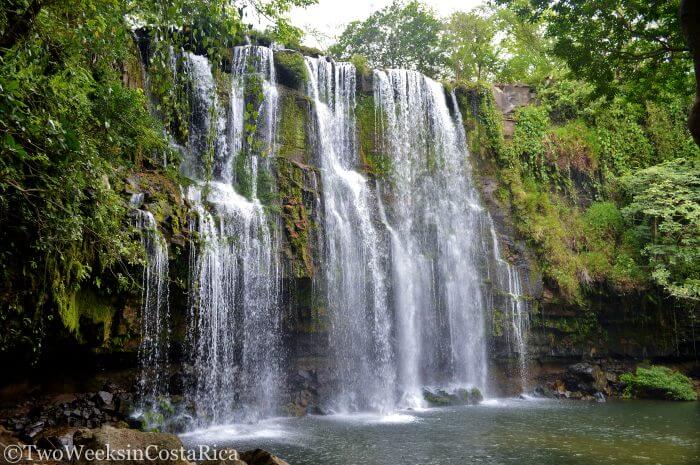 8. Costa Rica Doesn’t Have An Army

It dissolved its army in 1948. The dissolution of the military was actually added into its constitution in 1949. Once Costa Rica decided to dissolve its army, 21 countries said that if the need for military protection ever arises in Costa Rica, they would step in to help; the USA is one of these countries.

In 1947, all these nations made the deal official by signing the American Treaty of Reciprocal Assistance. 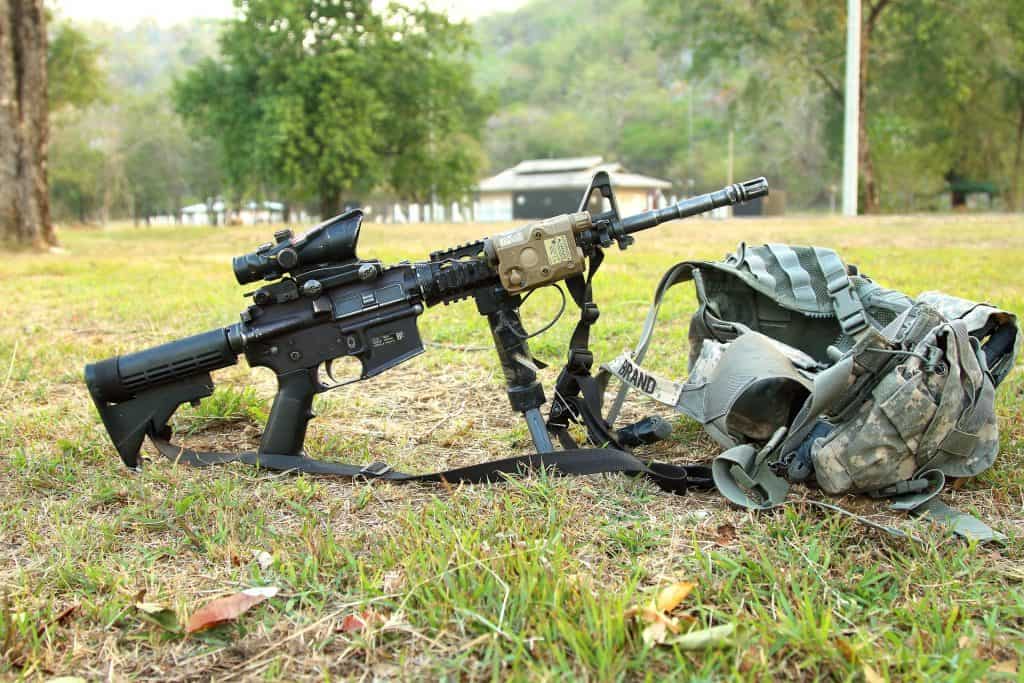 At birth, the life expectancy of Costa Rica is 80 years; this is even higher than that of the US (79 years). The Nicoya region in Costa Rica is considered one of the few “longevity hotspots” on the globe and is home to some of the longest living people.

The sheer beauty of Costa Rica’s natural environment along with its commitment to keep it free of pollutants appears to have a positive impact on the health of its residents.

You’d think that having more than 200 volcanoes will make Costa Rica a dangerous place to live; fortunately, its volcanic formations haven’t given it much trouble.

Around 112 of Costa Rica’s volcanoes have shown activity; 60 of its volcanoes appear to be dormant, they haven’t shown any activity for many years but there is a possibility that they may become active.

Arenal, Poás and Irazú are some of the most famous volcanic formations in Costa Rica; Arenal is Central America’s most active volcano, Irazú is the tallest volcano in the country and Poás is the world’s 2nd biggest volcanic crater. 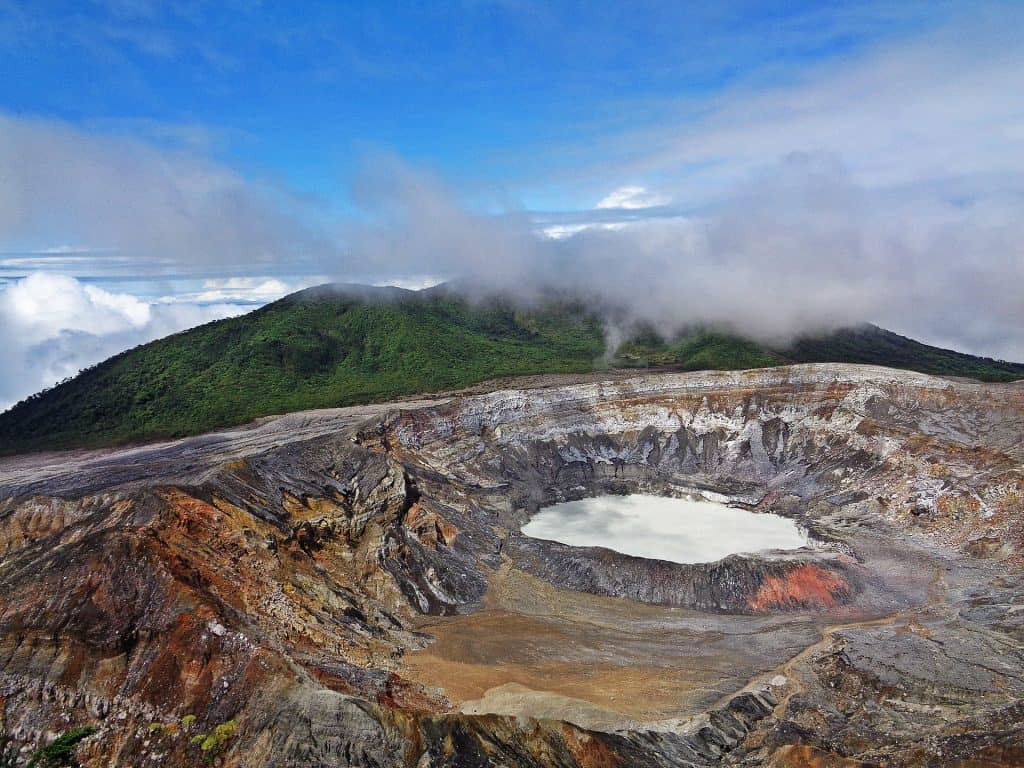 11. Costa Rica is Smaller in Size Than Lake Michigan

Costa Rica isn’t very big at all; it’s actually slightly smaller than Lake Michigan. The country is 19,730 sqm large out of which 801 miles is its coastline. 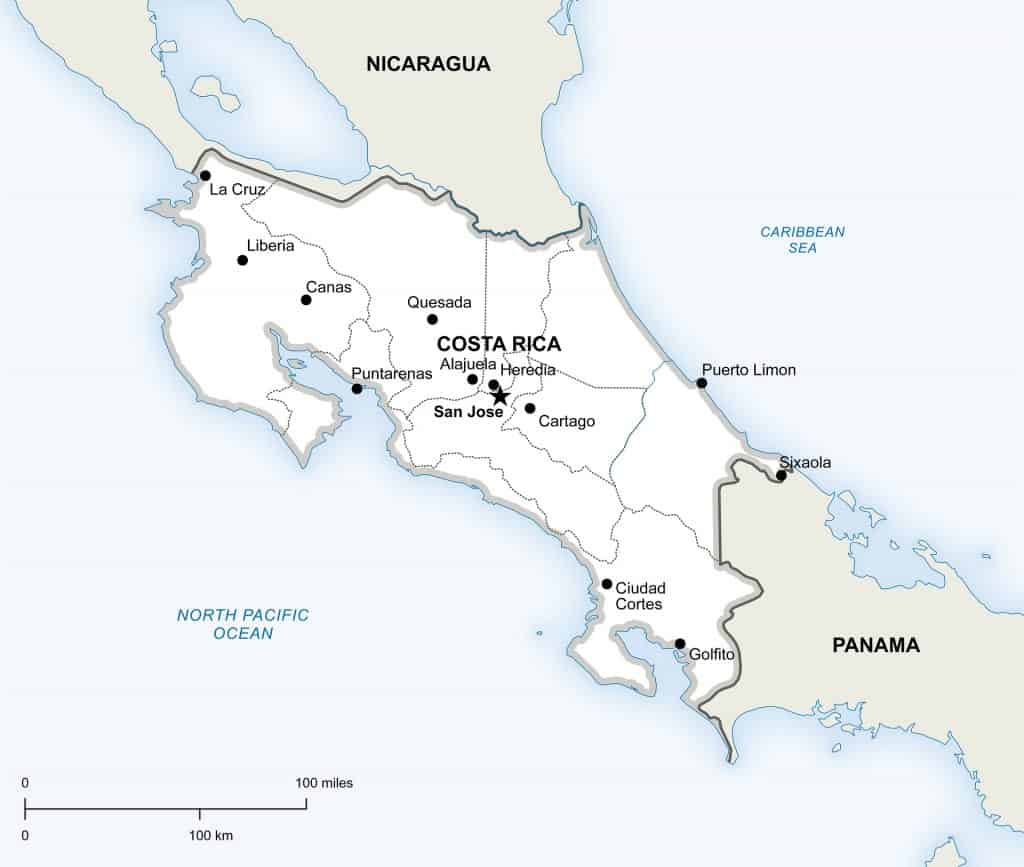 12. Costa Rica Holds over 5% of the Entire World’s Biodiversity

It may not be the biggest country but it’s filled with biodiversity. Costa Rica barely comprises of 0.3% of the Earth’s landmass but it holds more than 5% of its biodiversity.

The country has over 500,000 species of plants and animals, making it the world’s most diverse place in the world in terms of biodiversity. 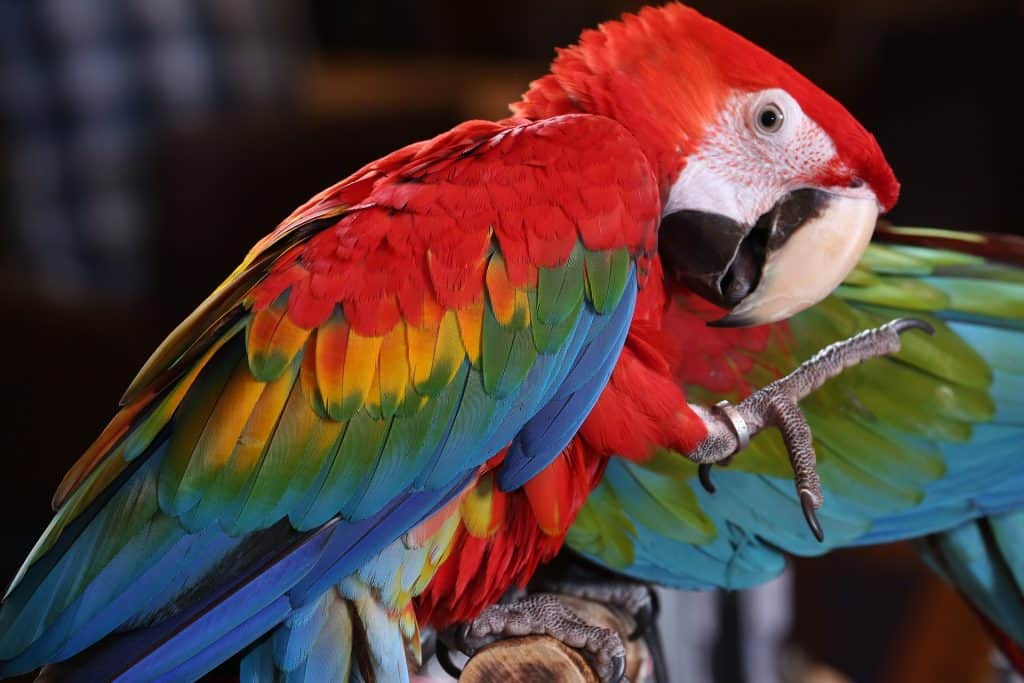 13. It Has All Kinds of Butterflies

Speaking of diversity, around 90% of all of Central America’s butterfly species can be found in Costa Rica. This translates to 18% of the butterfly species that exist in the world and 66% of neotropical butterflies.

14. Costa Rica Has More Than 50 Species of Hummingbirds 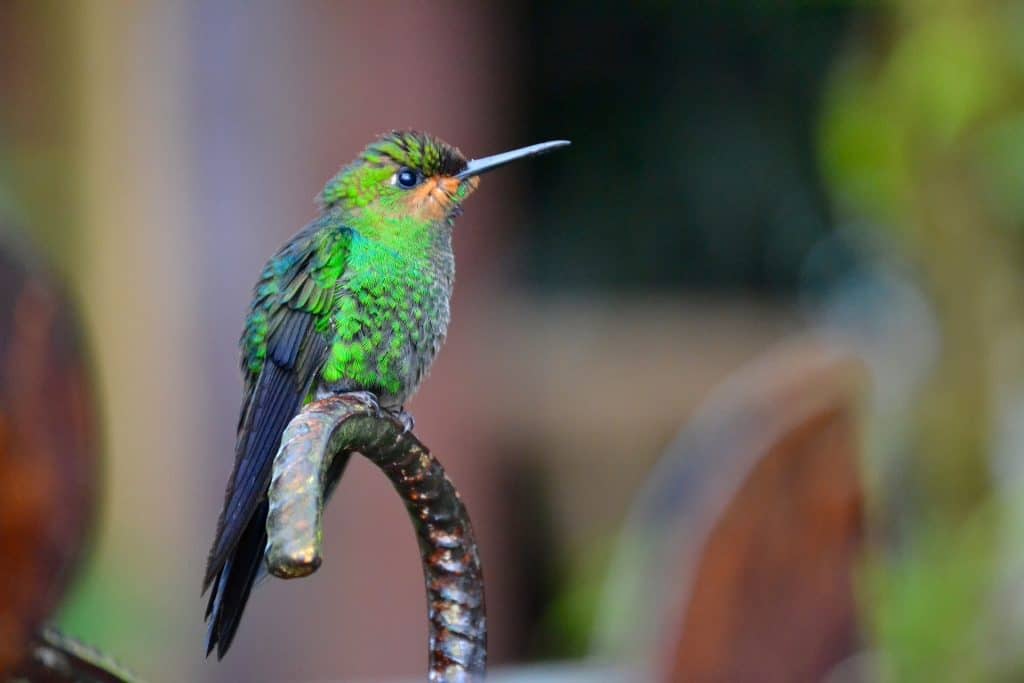 15. The National Anthem Is Played at 7 am on Major Radio Stations

The Costa Ricans may not have their own army, but they are patriotic. Costa Rica’s national anthem was first played to welcome diplomats from the UK and USA back in 1852 but it wasn’t considered the national anthem at the time.

The song “Noble Patria, tu Hermosa Bandera” written in 1903 by Jose Maria, praised Costa Rica and the flag. It didn’t become the official national anthem until 1949.

16. Pura Vida is a Lifestyle in Costa Rica

If you visit Costa Rica, you’ll see that the local residents say “Pura Vida” when greeting and saying bye to each other. The phrase “Pura Vida” literally means “pure life”. In Costa Rica, they don’t just say “Pura Vida” for the sake of saying it, they mean it; for them, it’s a state of mind.

Costa Ricans by nature are happy people, they genuinely believe in living a life free of toxicity whether it’s in the physical or emotional sense. They are some of the happiest people on the planet and have consistently scored high on the Happy Planet Index. The index assesses nations on three criteria: life expectancy, wellbeing, and ecological footprint. Costa Rica topped the list with a powerful score of 64.0 while nations such as the US scored 37.3. 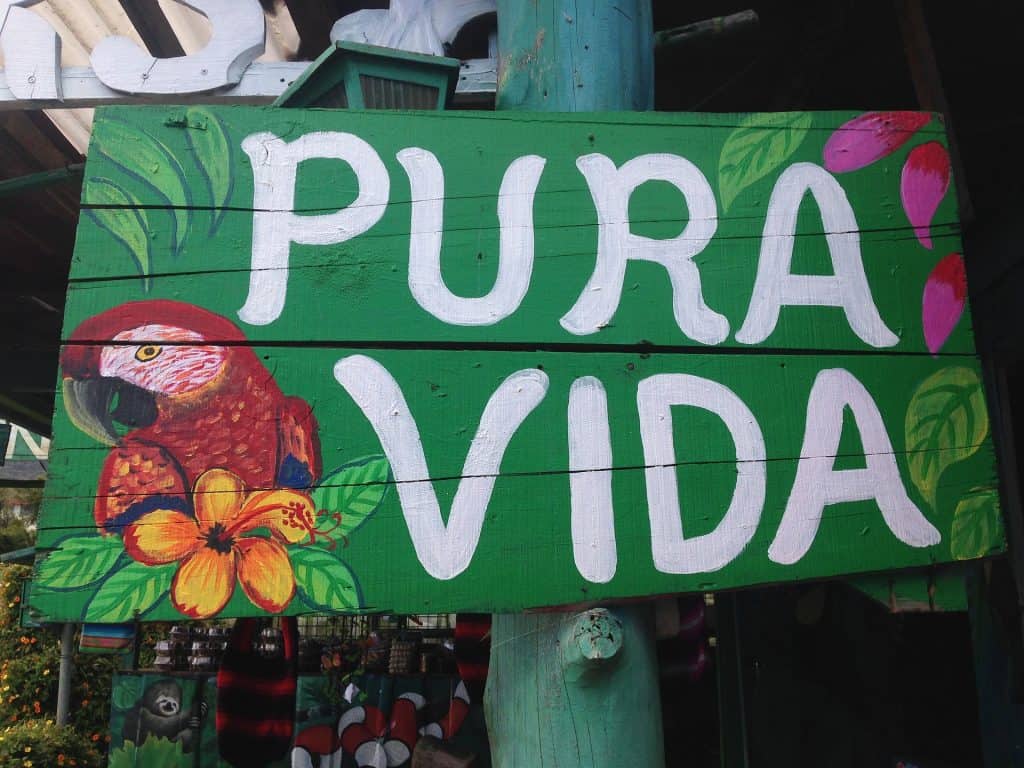 17. It’s a Haven for American Retirees

The cost of living in Costa Rica is a lot lower than what it is for people in the US, which makes it especially appealing to retirees looking to live a comfortable life on a limited budget.

Retirees that are single and have budget constraints can easily live in Costa Rica for just $1,500 a month. They even have the option of cutting costs by renting out space.

If you saved up enough for your post-retirement life, you can live comfortably in Costa Rica and enjoy all that it has to offer. 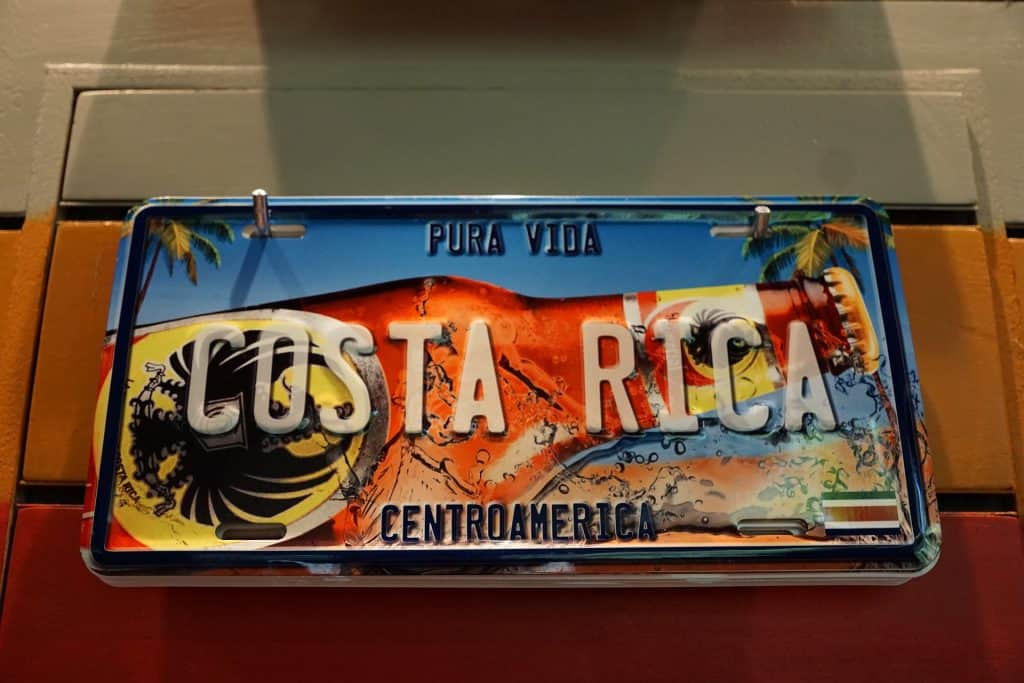 Expat Money Show Podcast with Mikkel Thorup – 089: IS COSTA RICA THE PERFECT PLACE TO BE AN EXPAT? – GILL PHELAN

Costa Rica has so much to offer and is such a great option for people looking to live and retire overseas.  For more information about Costa Rica, whether you are interested in investing in the country or buying your own home start with our Country Guide to Costa Rica.

Forget the Bottle, Drink it Straight from the Coconut!

The Fundamentals of Offshore Banking: Belize Checks Out On All Fronts

Self-Directed IRAs as a Tool for Greater Financial Agency