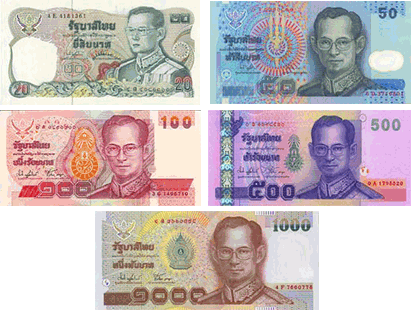 Although the vast majority of the Thai people live in Thailand, the stats show that there are large Thai communities in neighboring countries in Southeast Asia, as well as in the United States and several European countries (Germany, the U.K, Norway, and Sweden). Whether they emigrate just to work and ended up becoming citizens or they decided to start families in a country that offers them a higher standard of living, they all share similar concerns.

One of those concerns is how they can send money to their relatives back in Thailand without spending a fortune on transfer fees and without filling in a ton of paperwork. Fortunately, money transfer services have come a long way in the past couple of years and now it’s easier than ever before to make fast transactions, even between Thailand and a country on another continent. Here are the 5 cheapest ways to send money to Thailand:

TorFX is a great money transfer option for Thai residents in the UK and Australia. Established in 2004, TorFX allows users to transfer money in 59 currencies either via telephone or via their improved online platform. They have no fees worldwide, are regulated by Financial Conduct Authority (UK) and ASIC (Australia) and the thousands of positive reviews they have received make them a reliable option. TorFX has great exchange rates, even better than banks, the transfer process is hassle-free and the money arrives quite quickly.

Although TransferWise has an upfront cost that may seem prohibitive at first, they do not have a hidden conversion rate – which means that overall, it’s a cheap money transfer option. For USD to THB, the only fee is a separate 1.5% with a flat fee of 3 USD that you can always see before you send. This transparent fee structure made TransferWise one of the fastest growing money transfer services in the world and this is as close as you can get to no fee currency exchange.

HiFX trades in 142 currencies and transfer money to over 170 countries, Thailand included. This service charges no fees to open an account or to make transfers, but charges may occasionally be applied by a third-party bank when transferring the funds to HiFX or before the funds arrive in the recipient account. HiFX also works with businesses, so if you’ve started your own business in another country, you can use this service to send money to Thailand.

Moneycorp is a popular money transfer option among expats thanks to their competitive rates, fast transactions, and reliable customer service. If you send money to Thailand regularly, which you probably do, then you can set up recurring payments, fix your rate and schedule, overall, save money when making transfers to your loved ones in Thailand. Moneycorp offers transfers in 90 currencies, has offices in the UK, U.S., France, Spain, and Ireland and received the Trusted Gold Service Award, Feefo in 2017. However, pay attention when using this service from the U.S., because they don’t accept transfers from all states.

Last up, OFX Overseas Money Transfers is a transfer service that helps you save up to 70% on the rates banks change. They are regulated by ASIC (Australian Securities and Investments Commission). With OFX, you don’t pay any fees and exchange rates, but the minimum transfer amount is USD 1,000 and the transfer speed is one day. They have flexible transfer options and support 55 major and exotic currencies. Because the creation of new accounts on OFX requires phone verifications, it’s one of the safest options out there.

Freedom – The Foundation for Our Future