The Cost of Living in France - Escape Artist 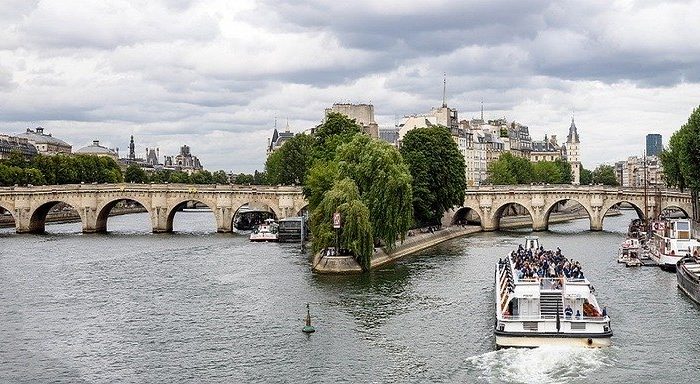 The Cost of Living in France.

What is the cost of living in France, you ask?

Well, as in the United States, it depends on where you want to live. Paris is ranked among the top 10 most expensive cities in the world, but if you take a drive outside the capital, prices decrease dramatically.

For example, the cost of living in Bordeaux, in southwestern France, is 25 percent less than that of New York City, according to Numbeo.com. But for quality of life, calculating such factors as cost of living, government spending, work-life balance, retirement age, and life expectancy, France ranks first among 10 European nations, with the United Kingdom coming in last, according to the website uSwitch.com.

A lot of these variables can change depending on your own particular circumstances, but on average France wins the contest for Europe because of its average retirement age (60), a number of work hours per week (38), and a number of holidays each year (36), as well as its more than 2,000 hours of sunshine per year. Not to mention, the World Health Organization nearly always rates France as the best country in the world for the quality of its health care.

Once here, you’ll find property taxes to be quite a bit less than in the States. High-quality food products will often be less, as will wine, because it is the norm to drink wine at every evening meal. Cars tend to be more expensive, as does petrol. Electricity and gas/oil for your heating can be slightly higher than in the United States, but health care costs are dramatically lower. If you have children, schools are free and child care is very affordable. Universities, which are harder to gain admission to than their U.S. counterparts, are much more affordable.

Overall, if you are careful with your real estate purchase and watch how much you drive, you can live on less in France as long as you are not living in Paris. France is a better place to retire to than to work in because tax rates increase to 40 percent in households where two people together makeover 139,500 euros per year. There are a lot of people who find their way around the system by various means, including setting up corporate structures in France or working in the auto-entrepreneur system for the self-employed. There are a plethora of books out there to answer all your questions on moving to France, such as David Hampshire’s Living and Working in France and Rosanne Knorr’s Grown-Up’s Guide to Living in France.

To the French everything is surrounded by their lifestyle. In a country where culture is a mix of old world charm and modern sophistication, we find through this eclectic mix a lifestyle that is clearly only found in France.

Formally known as the French Republic, the country of France is located in the West of Europe and is bordered by the countries of Germany, Belgium, Luxemburg, Switzerland, Monaco and Italy. One of the most curious aspects of France as a country is that it possesses many lands overseas, as well as many islands, with territories in the Pacific,  Atlantic and Indian Oceans.

Below, you will read a brief resume on the French nuances taken from an article that appeared on the france.escapeartist.com site titled “The French Lifestyle”

I hope you enjoyed reading this article: Cost of Living in France. If you have any questions, please contact our office HERE.

Visiting France is a Must-See Destination

Planning an RV Trip? Be Sure to Consider These 5 Things

5 Things to Consider Before Taking That Overseas Job