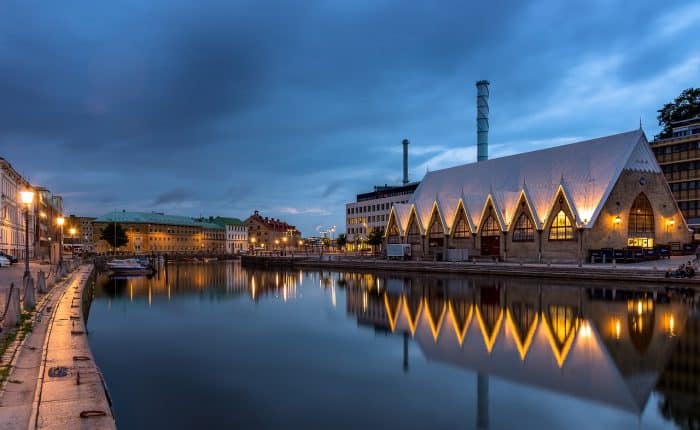 The best way to learn about a country is by visiting its historical places. In the following a list of the Unesco Heritage Sites listed on their website.

The southern part of the island of Öland in the Baltic Sea is dominated by a vast limestone plateau. Human beings have lived here for some five thousand years and adapted their way of life to the physical constraints of the island. As a consequence, the landscape is unique, with abundant evidence of continuous human settlement from prehistoric times to the present day.

The Birka archaeological site is located on Björkö Island in Lake Mälar and was occupied in the 9th and 10th centuries. Hovgården is situated on the neighbouring island of Adelsö. Together, they make up an archaeological complex which illustrates the elaborate trading networks of Viking-Age Europe and their influence on the subsequent history of Scandinavia. Birka was also important as the site of the first Christian congregation in Sweden, founded in 831 by St Ansgar.

Gammelstad, at the head of the Gulf of Bothnia, is the best-preserved example of a ‘church village’, a unique kind of village formerly found throughout northern Scandinavia. The 424 wooden houses, huddled round the early 15th-century stone church, were used only on Sundays and at religious festivals to house worshippers from the surrounding countryside who could not return home the same day because of the distance and difficult travelling conditions.

Seven timber houses are listed in this site located in the east of Sweden, representing the zenith of a regional timber building tradition that dates back to the Middle Ages. They reflect the prosperity of independent farmers who in the 19thcentury used their wealth to build substantial new homes with elaborately decorated ancillary houses or suites of rooms reserved for festivities. The paintings represent a fusion of folk art with the styles favoured by the landed gentry of the time, including Baroque and Rococo. Decorated by painters, including known and unknown itinerant artists, the listed properties represent the final flowering of a long cultural

Sweden’s production of superior grades of iron made it a leader in this field in the 17th and 18th centuries. This site is the best-preserved and most complete example of this type of Swedish ironworks.

The Varberg Radio Station at Grimeton in southern Sweden (built 1922–24) is an exceptionally well-preserved monument to early wireless transatlantic communication. It consists of the transmitter equipment, including the aerial system of six 127-m high steel towers. The site is an outstanding example of the development of telecommunications and is the only surviving example of a major transmitting station based on pre-electronic technology.

A former Viking site on the island of Gotland, Visby was the main centre of the Hanseatic League in the Baltic from the 12th to the 14th century. Its 13th-century ramparts and more than 200 warehouses and wealthy merchants’ dwellings from the same period make it the best-preserved fortified commercial city in northern Europe.

Mining Area of the Great Copper Mountain in Falun

The enormous mining excavation known as the Great Pit at Falun is the most striking feature of a landscape that illustrates the activity of copper production in this region since at least the 13th century. The 17th-century planned town of Falun with its many fine historic buildings, together with the industrial and domestic remains of a number of settlements spread over a wide area of the Dalarna region, provide a vivid picture of what was for centuries one of the world’s most important mining areas.

Karlskrona is an outstanding example of a late-17th-century European planned naval city. The original plan and many of the buildings have survived intact, along with installations that illustrate its subsequent development up to the present day.

The rock carvings in Tanum, in the north of Bohuslän, are a unique artistic achievement not only for their rich and varied motifs (depictions of humans and animals, weapons, boats and other subjects) but also for their cultural and chronological unity. They reveal the life and beliefs of people in Europe during the Bronze Age and are remarkable for their large numbers and outstanding quality.

The Royal Domain of Drottningholm stands on an island in Lake Mälar in a suburb of Stockholm. With its castle, perfectly preserved theatre (built in 1766), Chinese pavilion and gardens, it is the finest example of an 18th-century north European royal residence inspired by the Palace of Versailles.

This Stockholm cemetery was created between 1917 and 1920 by two young architects, Asplund and Lewerentz, on the site of former gravel pits overgrown with pine trees. The design blends vegetation and architectural elements, taking advantage of irregularities in the site to create a landscape that is finely adapted to its function. It has had a profound influence in many countries of the world.

The Struve Arc is a chain of survey triangulations stretching from Hammerfest in Norway to the Black Sea, through 10 countries and over 2,820 km. These are points of a survey, carried out between 1816 and 1855 by the astronomer Friedrich Georg Wilhelm Struve, which represented the first accurate measuring of a long segment of a meridian.

I hope you enjoyed reading this article: UNESCO World Heritage Sites in Sweden. If you have any questions, please contact our office HERE.

5 Best Places To Visit in Sweden

Healthcare and Elderly Care in Sweden

5 Best Places To Visit in Sweden