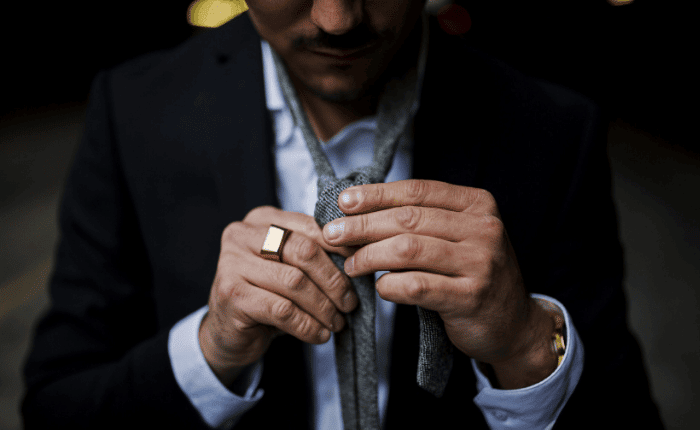 Understanding libertarianism and it’s relation to financial agency requires us to backtrack a little. There’s an entire history of economic, political and philosophical thought that speaks of how individual freedom formed an integral part of justice and how it was a virtue, which then extended to economic freedom.  This also involves understanding how currency or money helps achieve greater equality and freedom, which can never be challenged by any authority besides the individual’s own.

It’s a very interesting story that can be traced all the way back to how Aristotle thought of currency and transactions within the Greek economy. See, Aristotle was all about justice and freedom; we’ve made changes to his ideas of course, but for Aristotle, justice was the ultimate virtue and equal exchange formed a major part of his theories of justice.

In Aristotle’s Greece, the economy used to work on barter trades. So a doctor could exchange his services for fruits or animals, but the problem was; how do you decide how many potatoes to exchange for his services? What if the doctor didn’t want what you had to trade? This would then limit the services or goods that people had access to. The barter system was very limiting to people’s consumption choices and would needlessly restrict their economic freedom.

Considering this to be the ultimate crime against humanity, Aristotle identified individual well-being with currency. It is here that we find some of the earliest references to the importance of economic well being, in relation to the possession of currency (or wealth) and the need for cooperative exchange between economic agents.

It’s the same principle that we find carried forward to liberal economics and the American economic system.

As time went by, societies went through times of despotism, tyranny and all sorts of political/economic systems. Each time we think of monarchies or extensively controlled economies, we also find instances of social instability and dissent throughout all people. It’s almost like if you take away people’s freedom, it’s like stripping away their very happiness.

Whether it’s the USSR, the monarchies of Great Britain or the German Bloc during the Second World War; increased control over people’s economic agency has always been accompanied by instability. We’re really fortunate that the principles of freedom and the free market economy won out because otherwise, it would be a pretty oppressive world we’d live in.

Personally, I think Libertarianism presents the best possible model to live better lives not only at the individual level but also at a social level. Libertarianism advocates a concept of unrestrained freedom for all people, across all aspects of life for as long as their freedom doesn’t hinder anyone else’s.

To live and let live is the ultimate moral principle for us and this is especially true for financial liberty. Since it’s only possible to have everything that you want when you have more money, classical and libertarian economics encourage the pursuit for financial freedom, through the accumulation of wealth.

The earliest Libertarian and Liberal thinkers, like Adam Smith are credited with the creation of concepts like the free market, a case for private property and the right to produce or consume whatever you like. Since the consumption of goods and services could only be facilitated if you spend money, then any interference in the process of making money or spending it was considered immoral. This throws a very damning light on tax codes.

Many people ask whether taxation is theft since it involves paying the government for the freedoms that you can enjoy; a freedom which you have an “inalienable” right to. Economic Libertarians would reject the idea; we have no problems with paying taxes, after all, we understand the importance of taxation in the larger functioning of the state.

We do have a problem with the amount of taxes that someone should have to pay. Since the greater your tax burdens, you seem to be sharing a large part of the responsibilities that the state is supposed to be fulfilled. Whatever the case for increased taxation might be, at the end of the day it’s collected to help the community but at the expense of the individual. This is directly contrary to the spirit of libertarianism.

In such a situation, there are loopholes built into the system to reduce the tax burdens on any individual. This is where the flag theory and the concept of a perpetual traveller come into play. The flag theory is a collection of four basic steps through which you can reduce the amount of taxes you have to pay.

With strategic placement of your financial assets and your hard-earned income, you will become free of many unnecessary taxes which may hinder your long-term financial well-being. The steps involved include:

Getting a Second Passport

With a second passport, you essentially become a citizen of two states. This means that either of the two states will protect you from the excessive financial responsibilities of either. With this, you can also register your companies and accounts in countries with lower tax rates. It’s absolutely legal and also financially liberating.

Safe Locations for Your Assets At Offshore Locations

Countries like Switzerland, the Cayman Islands, and Germany offer extensive privacy protection for their clients. It can prevent the violation of your privacy on part of any investigative authority that could check and possibly confiscate your wealth.

Many countries have higher taxes on wealth and income than others. Registering your addresses in those countries as well as your bank accounts allows you to siphon your wealth abroad to generate a greater proportion of disposable income.

Wealth accumulation requires you make better investment decisions, such that they are suitable for people with high levels of wealth. For as long as you can keep on generating wealth from investments, your long term financial stability is guaranteed.

The flag theory represents the culmination of financial libertarianism in the face of at political and economic climate that compromises your financial liberty. It ensures that you have the appropriate amounts of freedom to enjoy your wealth and generate it to live an unencumbered lifestyle.

We hope you enjoyed this article on Libertarianism and Financial Agency.  When you are ready to make the move offshore or want to talk about any of the steps required you can contact us HERE.  We have written a fantastic article called The Ultimate Guide to Going Offshore. You will love it.  You can download it for your files in a PDF if you are so inclined.

Reading Just One Document Convinced Me to Move to the Island of Tonga!