The Gaijin Life for Me - Teaching English in Japan - Escape Artist 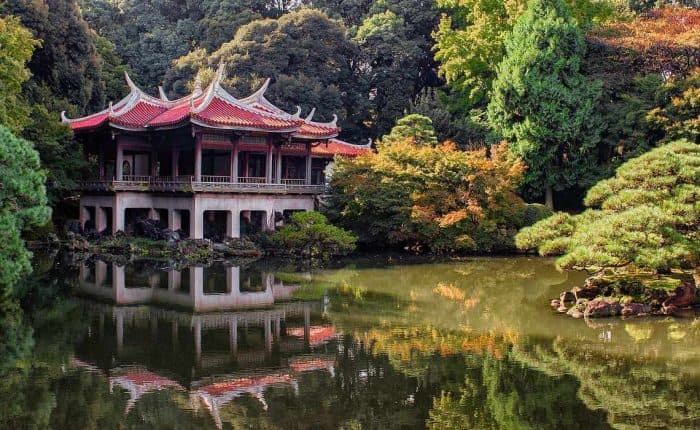 I went to Japan with no definite plan on leaving. It was a post-grad school adventure, and a time to be without a plan. Right after graduation with a master’s degree in social work that I wasn’t keen on using right away, the interim goal was to find a job teaching English abroad, most likely in Asia somewhere. An ad in the Boston Globe lead me to Nova Group – what turned out to be a corporate-run extensive network of English language schools all over Japan. They were looking for candidates in possession of a B.A in English to teach in the Kanto (Tokyo, Yokohama) and Kansai (Kyoto, Osaka, Kobe) regions of the country. After a perfunctory interview during which my credentials were verified, I was hired pending further visa application. This was the beginning of my odyssey.

A few months later I was flying to Tokyo Narita airport. Aboard the plane, I ran into teachers bound for other cities in Japan, Osaka and Tokyo being the most predominant. Initially, I had requested placement in the Kansai region; Osaka had held my interest more than Tokyo for its friendlier people and slower pace. But I was placed instead in a school in a prefect of Yokohama called Kamioka.

Outside of city exploration, work life quickly settled into the five days on, two days off schedule of the Nova English teacher. The difference here from the American workweek is that the weekend did not usually fall on Saturday and Sunday for most new teachers. My scheduled days off were mid-week and fell on Wednesday and Thursday for the duration. Within the eight-hour workday, teachers were assigned three to four students per class and would meet in small partitioned office space designated as classrooms. The classes were closely spaced one right next to the other. Often if a group was particularly lively, the noise level was quite high. This was among the many challenges of working for Nova.

The curriculum relied upon the Quest series of texts, published by Nova and Oxford University Press. Set up much like a language mill, classes were 50 minutes in length. Teachers then have a 10-minute window in between classes to write up their notes on the previous class and plan for the next lesson. Lesson plans were not really encouraged, and teachers would use the provided Quest texts to infinitely reproduce the same lessons with minor variations. Although Nova purports to encourage creativity and spontaneity in its teachers, the structure of back-to-back classes, lack of adequate on-the-job training and less than inspiring texts conspire to make the job challenging.

The Nova system divided students up according to their level of speaking and reading ability. But the system did not focus on a firm grounding in grammar or pronunciation. Since most Japanese students practiced these types of drills at school, the Nova system focused on keeping classes focused on practical application of idioms and grammatical structures through role playing and conversation exercises. Classes were filled on a first come, first served basis with no more than four students to one teacher. I would often find myself surrounded by a junior high school aged student, a salary man (business man or salary man as they’re called) and an “office lady.”

Quite often, the most challenging aspect of teaching the Japanese was getting them to speak. As a group, they are quite reticent to express an opinion that would cause them to stand out in any way and consider making a mistake akin to losing face. Class participation became easier in time once I developed a rapport with students and began to have repeat customers. The daily informal conversation class called “Voice” also helped to break the ice. It wasn’t long before students felt comfortable enough to comment “teacher looks like she’s gaining weight.” Teaching about social etiquette in Western culture turned out to be by far the most daunting task.

Ultimately, I was able to appreciate the differences between Japanese and Western culture. I am grateful for the many open and generous Japanese friends I encountered along the way. And the life of the gaijin in Japan, much like anywhere else in the world, is tremendously ennobled by authentic connection.

Excerpted and adapted from “The Gaijin Life For Me” by Susan Knecht in Escape From America Magazine, Issue 14