The Fascination Of China - Escape Artist

The Fascination Of China

People are always interested in superlatives, so I’m often asked, “What’s the most interesting, the most fascinating place you’ve ever been to?”

It’s not easy to answer, because there’s a virtually uncountable number of extraordinary places on our planet. Yet, if you want the greatest concentration of them in one country, you’d almost have to choose China.

China is enormous, far larger than the Contiguous United States (the “Lower 48,” U.S. without Alaska – which is 1.7 million square kilometers). Far too much to discuss in one Escape Artist article. So we’re going to spend this month, June, learning about it. We’re going to start way down south with the simply astounding Yunnan Province. 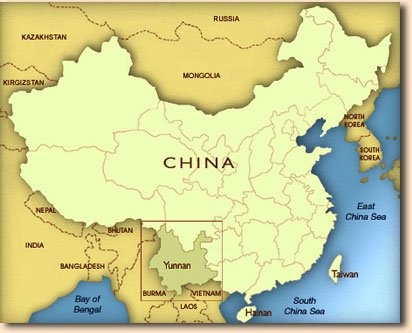 Yunnan is far and away China’s most diverse province, and in more ways than one. Let’s start with the geography. It goes from 22,000-foot mountains like Meili Shan on the edge of the Tibetan Plateau… 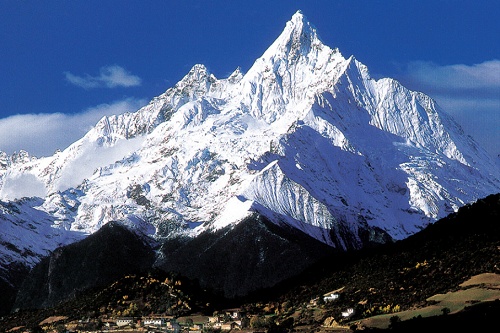 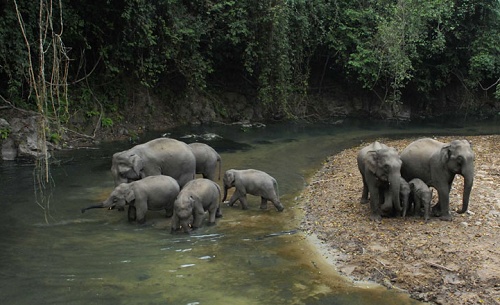 You’ll also find one of the world’s most spectacular geographical features here. Below, is a map showing China’s main rivers: 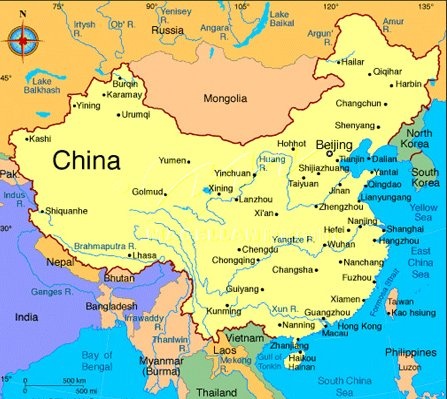 Notice near the border with northern Burma that three of the world’s’ great rivers, the Salween, the Mekong, and the Yangtze, are all spilling off the Tibetan Plateau and flowing south in three parallel grooves. 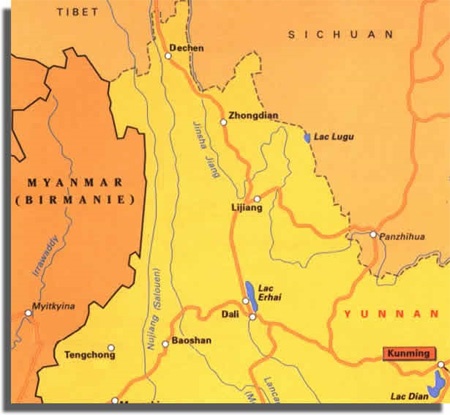 The place where they flow south in parallel together is known as The Great River Trenches of Asia, now a World Heritage Site Protected Area. I led an expedition crossing all three trenches at the narrowest point in 2001 – quite an adventure, but that’s another story.

The Salween and the Mekong continue south, while the Yangtze finally makes a turn east all the way to Shanghai. A few miles past that turn north of Lijiang will bring you to a legendary spot called Tiger-Leaping Gorge. At 2½ miles (3,750m) deep, this spot is only 80 feet, or 24m, across.

In the middle of the river here, there is a large rock – Tiger Leaping Rock. The legend is that centuries ago, Naxi (nah-shee) hunters had chased a tiger into the gorge and he escaped by leaping across the river onto the rock and thence to the other side. 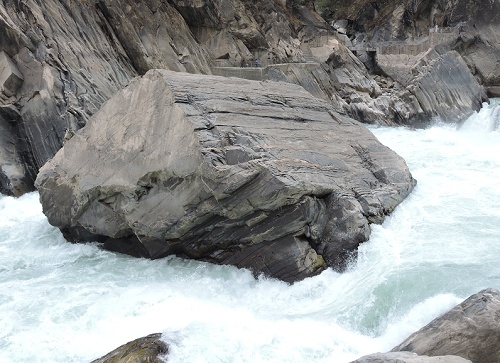 When you go there, be sure to have as your guide the gorge’s most beloved resident, Xia Shan Quan, whom everyone calls Sean of Tiger Leaping Gorge. As eccentric as he is knowledgeable and friendly, he’s been called “the most interesting man in China.” He’s not Chinese, though, he’s Tibetan-Naxi. Be sure and stay at his guesthouse.

Here I am with him:

The Naxi, or Nahsi, people have lived in northwestern Yunnan for thousands of years. Their capital is the World Heritage Site of Lijiang. It’s an utterly charming place riddled with canals and friendly traditional people… 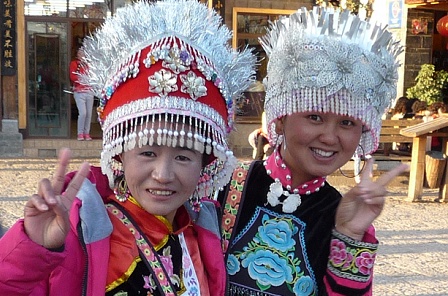 There’s also the Black Dragon Pool – with the towering Jade Snow Mountain as a backdrop, which many consider the single most scenic spot in all of China: 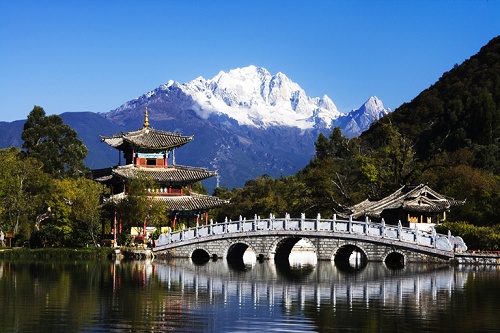 The Naxi are a Tibetan people and not Han Chinese. When most anyone refers to “Chinese” people, they mean Han Chinese, the world’s largest ethnic group (18% of all people on earth), and 91.5% of all people in China. The remaining 8.5% still amount to over 110 million, divided up by the Chinese government into 55 ethnic “minorities” or “nationalities.”

Over half of these 55 ethnicities are in Yunnan. Another reason Yunnan is so fascinating. The Naxi, for example, have their own ancient religion, Dongba, for worshipping Shu, the Naxi Goddess of Nature…

And they have their own sacred script, the only hieroglyphic writing system still in use today… 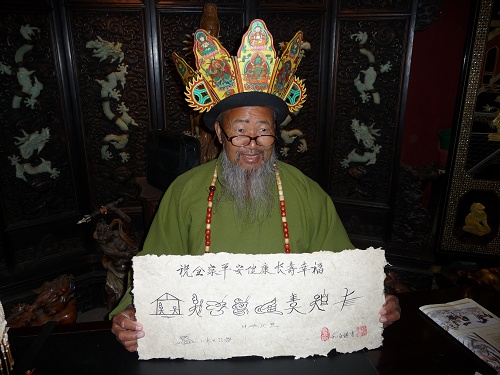 In addition to the Naxi, Yunnan has a multitude of incredibly colorful ethnic cultures who are not Han Chinese, have preserved their traditions, and have created some true world wonders.

There are the Yi people of northeastern Yunnan. They’re very friendly, so you have to be careful drinking the famous Yi libation of Block-the-Way Rice Wine. Too much and your way will be fully blocked for the rest of the day. 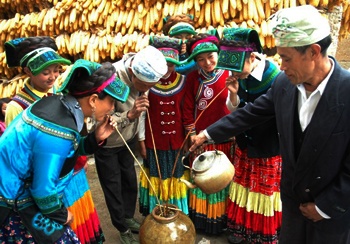 The Yi live in a remote mountainous region called the Dongchuan Redlands. It is as yet unknown to the outside world. The intense concentration of iron oxide in the soil results in the reddest earth on the planet.

The Yi farmers have built thousands of terraces on the steep slopes over a dozen centuries, creating such a multicolored masterpiece of fiery red soil, emerald green barley, yellow buckwheat, and snow white oil flowers that it’s called God’s Palette. It is achingly beautiful: 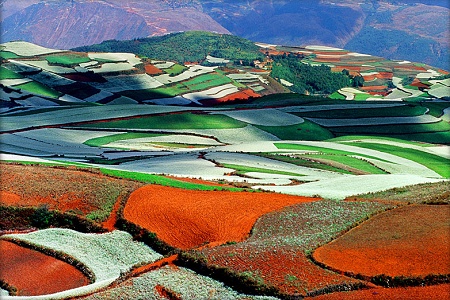 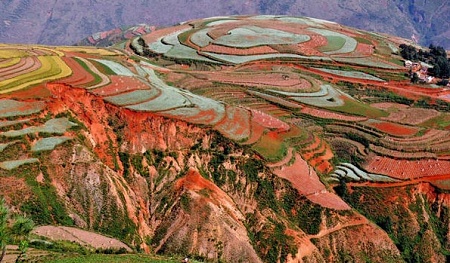 In eastern Yunnan, the Buyi people have created something equally stunning. On the way, however, from Yunnan’s capital, Kunming, is a must-see: the World Heritage Site of the Shilin Stone Forest.

Roaming among the gigantic limestone pillars of the Stone Forest is like being a kid again in Disneyland. And at every moment, there’s an incredible picture: 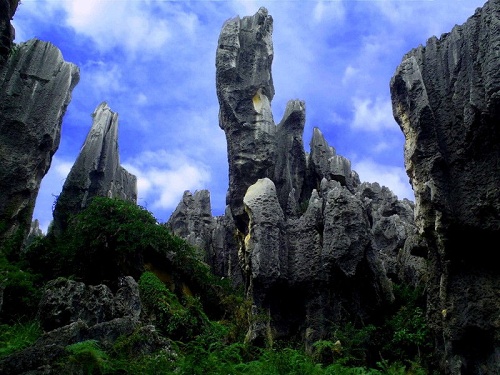 Past the Stone Forest, we head for Luoping and hike up Jinjifeng – Golden Rooster Hill – to capture one of the great sights in Asia, the Luoping Rapeseed Fields in full golden bloom:

The rapeseed fields have been carefully cultivated by the native Buyi people for many centuries. Rapeseed produces a very healthy oil that marketers did not want to sell as “rape oil,” so they changed it to canola oil.

Luoping is China’s largest producer, with an ocean of brilliant golden flowers and islands of chocolate hills. Early March is the peak bloom:

Nearby are the “Snail Farms” of Luositian – concentric rings of rapeseed fields following the hill contours, they look like the rings of a snail’s shell:

It was here I took my favorite photo of Luoping, of these two adorable Buyi children: 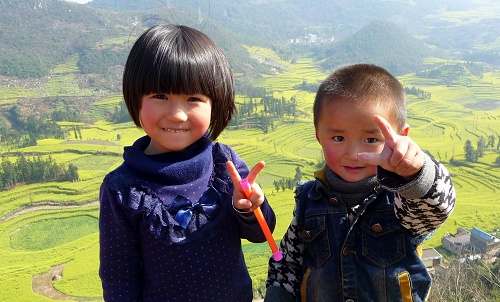 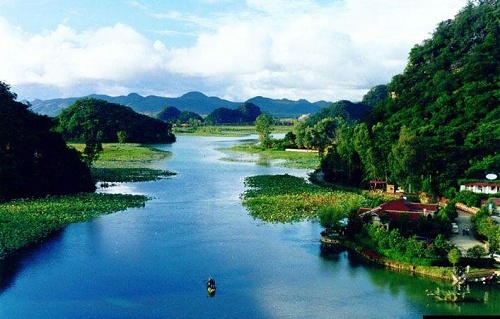 The people here are serenely friendly, like this Flowery Miao lady: 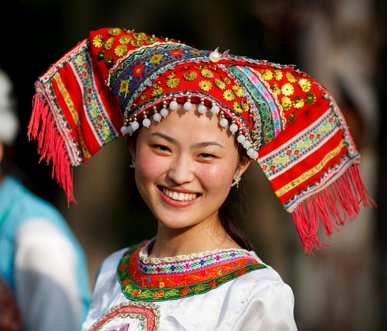 When you reach a small village called Yuanyang near the border with Vietnam, you had better be prepared to be stupefied:

For 13 centuries, the Hani people have been growing rice on countless terraces cascading down the steep slopes of their mountains. When flooded, the light reflecting off the terraces creates an unearthly beauty. The World Heritage Site of the Hani Rice Terraces is one of the great photographic paradises of our planet. The Hani people call their terrace system The Ladder of the Sky.

The light constantly varies at different vantage points during sunrise and sunset. Here’s a quartet of examples:

The Hani are wonderfully friendly and love to dress colorfully – especially the young ladies:

There’s so much more to Yunnan, but these photos give you a glimpse of how fascinating it is. The best time to go is late February-early March. I’m thinking of having another Wheeler Expedition there at that time next year.

How to take your defined benefit plan offshore