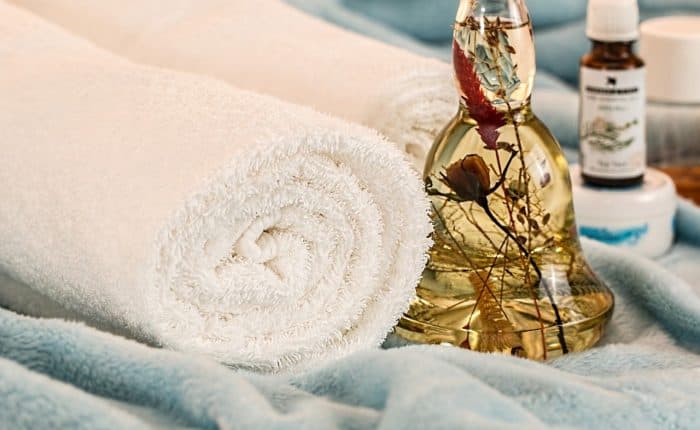 Hot Hammams and Spas in France.

A steamy, hot craze that has taken Paris by storm over the past few years is hammams. Beyond your basic spa, the hammam is a Turkish-style bath that can be an extremely enjoyable two- to three-hour break from reality and unbelievably helpful for a jet-lagged body.

You begin with a shower, and then you parade from one steam room to another, taking time to cool off when necessary. You’ll then go for a gommage, during which attendants use a special black lava soap to give you an intense scrub down. Next, you shower and shampoo, and then cool down via a pool or a cooler (not steamy) room. There are often lounge chairs available, as the steam heat is very relaxing and rest is often in order. Finally, if you aren’t relaxed enough, you might go for a massage, then sip sweetened mint tea while nibbling on Turkish or North African sweets made with almonds and honey.

Here are some hammams in Paris that I recommend.

O’Kari Hammam is for ladies only, and I know the darling owner, Karima. You’ll be gently guided through the process and come out so relaxed that you might want to stay and take a nap in the small relaxation room.

La Mosquée de Paris is the original steam room—and probably the most beautiful and authentic, complete with original Moroccan tiles from the 1920s—located in the historic Mosquée de Paris. This can be an all-day experience because, after your hammam, you can drink tea in the tea salon, smoke a hooka or dine on couscous, and then shop in the boutique. This is also the most affordable hammam in town.

Hammam Medina Center has an enormous pool and has a much more contemporary feel. Located in the 19th Arrondissement, it’s a bit far from the center of town. From Monday to Friday, it’s for ladies only; and on Saturdays, it’s open to men and women, for the more daring and uninhibited among us. Facials, waxing and manicures are also offered, and there’s a restaurant.

Les Bains du Marais is more fashionable than most of the hammams, and it’s located in a very central part of the Marais. There are excellent masseuses here, as well as a coiffeur for hair-styling services.

Of course, spas in France continue to inspire competition, as each year we see new openings, each trying to outdo what has been offered before.

The Dior Institute at the Plaza Athénée has been the gold standard since it opened, with a dramatic calming pool visible from the entrance and a bevy of single and double treatment rooms. Offering steam rooms, a sauna, fitness rooms and a huge menu of treatments, this spa spells luxury and tranquil relaxation.

L’Espace Payot is a health club and spa located just off the Champs Elysées, on the right bank. On offer are facials, massages, aromatherapy and exfoliation treatments. The health club is outfitted with a swimming pool, an equipment room and private training rooms for pilates, yoga and callisthenics. It’s open daily to members and nonmembers.

L’Appartement 217 is Stéphane Jaulin’s salon as well as an organic spa. This place is très kool, and the space inside is so creative and beautiful that it took a former buyer for Colette to pull it off.

L’Echappée Spa et Salon de Thé is an entirely unique spa in what looks like a New York loft. The indoor pool is sublime, and there’s even a small café on the premises. One can imagine spending an entire day at this enchanting place.

Voted the best spa in France in 2011, the Evian Resort is a destination spa for a weekend trip or longer. It’s located between the lakes and the mountains in the Haute Savoie region of southeastern France, in the town of Evian-les-Bains. This area has long been known as a place for spectacular waters and cures. There’s also a golf course nearby to keep the men in the group happy.

There is nothing quite like Caudalie, on the Smith Haut Lafitte wine property near Bordeaux. The daughter of the owner started the spa and, alongside her husband, invented the now popular idea of vinotherapy, using the skin and fruit of the grape for treatments. A more charming hotel and spa cannot be found, with an indoor and outdoor pool, indoor and outdoor treatments, a Michelin-starred restaurant, La Grand’Vigne, and its own wine château that produces a stellar white wine on a plot of land that’s been growing grapes as far back as 1365. You’ll pay through the nose to stay here, but it’s worth every penny.

I hope you enjoyed reading this article: Hot Hammams and Spas in France. If you have any questions, please contact our office HERE.

The Passport to Paris for Value and VIP Treatment