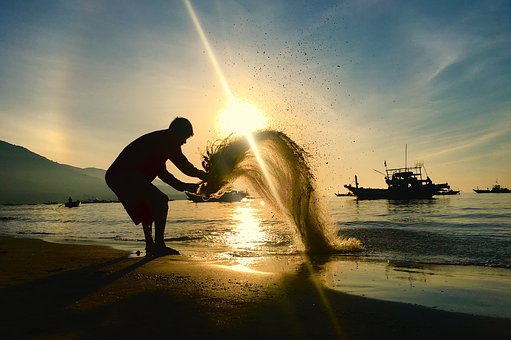 Retiring abroad is a dream for many. Many people look to retire in the comfort of Central America, where English is prevalent and you can spend the day on the beach reading a book. If that’s the retirement you are looking for, check out Belize or Costa Rica.

If you are looking for more of an adventure during your retirement, Asia could be the perfect match for you. Vietnam, for example, can prove to be a challenge, but those who enjoyed their time say the challenge was worth it. Many advise doing your research on traditions and customs before deciding to retire in Vietnam. There can be many shocking differences from what you are used to.

Located in Southeast Asia, Vietnam is known for beautiful landscape, a war-torn history, and friendly and welcoming people. Over the past years, Vietnam is becoming more and more popular for expats, due to increased safety, low cost of living, and a lively culture. Infrastructure also steadily improves.

A couple who live in a fully furnished apartment in Hanoi equipped with air conditioning and a security guard, who cook most of their meals and rent a motorbike with some casual entertainment, can live comfortably on $1,100 a month. Rent can be found around $420 a month. People who live a more modest lifestyle can live in Hanoi for around $600-$900 a month. Ho Chi Minh has a cost of living sitting around $750-$1,300 a month.

Though the price of a vehicle is quite expensive, most expats and many locals get around via taxis and buses.

The country is located in a tropical and temperate zone. The weather is strongly influenced by monsoons but overall receives a good amount of sun, a lot of rain, and is quite humid. Regions in the mountainous regions are slightly cooler. In average in the country, the temperature sits around 70-80 degrees Fahrenheit.

In the southern areas, there are two real seasons. From November to April there is the cold season, and the hot season is from May to October. The northern regions of the country, however, experience four seasons, though the winter is pretty mild.

What will I do?

The scenery in Vietnam is phenomenal. The country features forested highlands, tropical lowlands, and more than 2,000 miles of coastline that offers white sands and palm trees.

The cities are crowded but home to a thriving art scene.

Along with exploring the beautiful country, trying new foods will keep you occupied during your overseas retirement years in Vietnam. The cuisine mixes French flavors with those of Cambodia, China, Laos, and Thailand. There are plenty of fresh ingredients that are used to embrace each of the five tastes: sour, bitter, sweet, spicy, and salty. The street food is also delicious, such as pho, noodles, spring rolls, and sticky rice.

Though there are expats everywhere in the country, bigger cities are usually the best bet when looking for an expat community to involve yourself in.

This 2,500-year-old city can be an exhilarating experience. From bowls of pho on the streets for lunch to the 1000-year-old Temple of Literature, you will find something to do every day. The cramped and crooked streets of the Old Quarter can’t be compared to anything else you’ve done before.

Though the streets are crowded, those living in Hanoi will be able to browse ancient structures, monuments, temples, restaurants, and shop in glitzy malls. There is also a large art scene to explore.

Previously known as Saigon, Ho Chi Minh City is the largest city in the country. This city is fast paced and rich with history. The locals are friendly and it also has a large expat community. While living in Ho Chi Minh, you will enjoy a mixture of French-colonial architecture and high-rise skyscrapers, alongside traditional markets and shopping centers.

If you are a person who will need frequent medical attention during your overseas retirement, Vietnam could cause some problems, unless you plan on getting medical insurance in the country. Medical care in Vietnam can be rather expensive and U.S. medicare isn’t honored in the country. Also, trustworthy medical care can only be found found in larger cities.