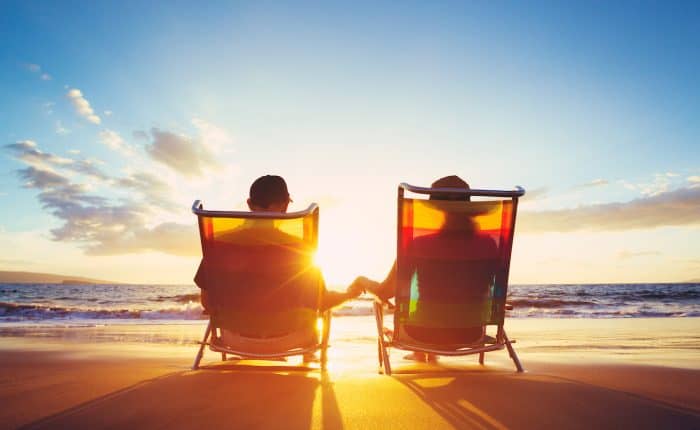 For much of its history, Belize was known as British Honduras—a collection of beautiful islands in the Caribbean. When the country got its independence from British rule in 1973, it became popular as one of the safest offshore havens in the world and remained relatively untouched by usually destructive effects of mass modernization. Even now, the country is well-known as a tourist hub, low tax rates, and with the Belize real estate market thriving, some of the best properties in the world are still available at a reasonable price.

Among other things, Belize has also become the go-to retirement destination for people throughout the world. It’s no surprise really, because when I compare the other countries I’ve visited— Belize definitely stands out as a place for you to enjoy some rest and relaxation. From what I understand, the country has one of the highest expat populations in the world with a near 50-50 divide between locals and foreigners.

There are plenty of reasons why you should consider retiring in Belize, but the most important one is that you need to think of an escape plan from the downturn that the Covid-19 will bring with it. Getting residency or even a Belizean passport is pretty simple, which makes it the ideal choice for people who want an easy way out of the instability that will probably plague us for the next few years.

Besides the ease with which you can get Belizean residency, I’ll also highlight some other reasons people, and you should retire there.

1. The Belizean Economy is Quite Sound

I can’t stress how important it is that you find a place to settle in, one with a stable economy. The Belizean economy is widely regarded as one of the most consistent ones in the world—it’s really not a surprise considering there are only a few hundred thousand people living here. The inflation’s pretty low so the cost of living isn’t high either and expats get to enjoy significant perks because they bring in foreign exchange that is pretty highly valued compared to the local currency.

As it stands, the currency is pegged at a 2:1 ratio to the US dollar which will ensure long-term financial stability and a greater degree of control over your financial well-being. It’s also, for this reason, people move here because when you don’t have money coming in after retirement, it’s nice to have that peace of mind where you’re not concerned about FX fluctuations. Additionally, it helps at times like these that you find yourself a place where the government isn’t injecting huge sums of money into the economy because unemployment is booming or getting into pointless, destructive trade wars at its whim.

105: Offshore Banking – What You Need To Know – Luigi Wewege

2. There Are No Language Barriers

Typically, when you go to places like South America or Central America to retire, there’s a lot of hassle associated with learning the local language. If you’re in Brazil, you’re going to have to learn Portuguese and it’s pretty much the same thing with most other popular retirement destinations. While learning the language itself isn’t that big of a challenge, the delays that this makes with respect to settling in can be an uncomfortable experience.

The good thing about Belize is that people speak English there, making it easy for you to gel with the native population and navigate your way through the region. It’s also a lot more comfortable for that reason because you won’t have to spend time gesticulating at the nearby restaurant for the waiter to understand you or speak to the house help for hours before they get what you’re saying.

The accessibility to Belize is also one more reason why people choose to move here. The geographical location of the country puts it about 2 hours away by plane from the United States. People often move here because it gives you the advantages of living in a remote island paradise, without disconnecting you from the rest of the world.  You can just book a ticket and find yourself state-side within a couple of hours.

This proximity makes it easy for you to manage your financial affairs in the US, keep up with family and just generally be assured that you’re not stranded without any help. It’s almost like having the best of two worlds where the island paradise and the thriving metropolis are both within your reach.

It’s not news that Belize is a tax haven—we all know how much drama this has created in the past few years. The country has one of the most convenient tax systems in the world—with virtually zero taxes on your income. Some of the more salient features of the tax system include:

These advantages basically make your wealth untouchable and you can retain a greater share of your income during your stay in the country. In terms of sustaining your wealth through retirement, there are few countries that can offer the same advantages that Belize can.

116: How To Move To Panama Or Use It As Your Plan-B Residency – Mikkel Thorup

The property prices are also pretty great in the country, coming in as one of the most affordable places to live in amongst other retirement destinations. Real estate investments in Belize are some of the popular forms of capital injections from countries all around the world.

If you’re considering retiring to Belize, then I really have to say that you’ve made a great choice. The country’s perfect for people who’re done spending their lives generating wealth and want to enjoy it for once. With it’s close proximity to the US, the lack of cultural differences and the stable economy, moving to Belize is the final step for any perpetual traveler to live the rest of their days on their own terms.

I hope you enjoyed reading, Reasons To Retire in Belize. If you would like additional information on how to move to Belize, please contact our office HERE. Here are some new articles about Belize that I know you will enjoy reading:

The QRP Program for Retiring in Belize