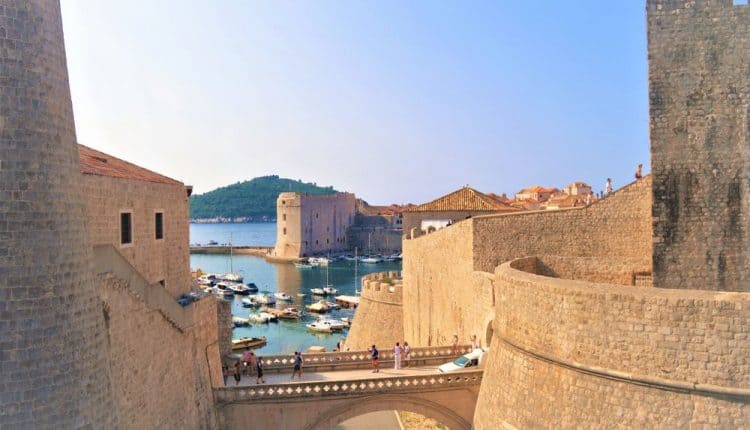 Croatia isn’t an option to be overlooked when searching for the perfect country for relocating. It’s a great European destination for those who think they might like to move somewhere like Italy, but without the hefty price tag. Croatia, located in Central Europe on the Adriatic Sea, has all of the historical and old-world charm you’ll find in architecture throughout Europe. It also has beaches and wineries, along with aquatic tourism and resort towns. As the newest member of the EU, Croatia also boasts Central Europe’s fastest growing economy, with a focus on infrastructure and telecommunications, as well as tourism, of course. This combination of positive features makes Croatia a worthy contender for your expat prospects. If you are headed in that direction to see what all the fuss is about, be sure to check out the most popular expat cities in Croatia.

Dubbed the Pearl of the Adriatic, with a reputation for being the most beautiful city in Croatia, it’s no wonder Dubrovnik makes this list. It is located right on the coast of the Adriatic Sea, and very near the Bosnia-Herzegovina and Montenegro borders. The Old City of Dubrovnik is a UNESCO World Heritage site and features Gothic, Renaissance and Baroque architecture from as far back as the 13th century. Currently, the UNESCO site is undergoing major restoration, to help show off some of its former glory. The limestone-paved city is lined with shops and restaurants, all surrounded by historical city walls from the 16th century.

The expats in this city mostly come from Germany, and you may not find many who speak English…yet. The area is also seasonal, so if you don’t want to be surrounded year-round by crowds, but don’t mind it during the busy months, you could find a nice balance in this city. May to December are the times when you’ll find everything open and bustling. There are a vast number of historical sites and many national parks in Split, and it also borders the Adriatic Sea. History goes back thousands of years, so there is gorgeous architecture as well (and as to be expected).

Zagreb is a little further inland than Split or Dubrovnik, but it is where the American Chamber of Commerce is located, and it offers universities that teach English-language programs and courses for learning the Croatian language as well. If Split appealed to you, but you’d rather be around more English-speaking expats, you might find that Zagreb is a better fit. It is the capital city of Croatia, and its largest city, with over 750,000 people. Of the expat cities of Croatia, Zagreb is closest to some of the country’s best skiing. Those who chose this city also enjoy a location that’s only a couple of hours away from Paris, Berlin or London by plane.

Located on the west coast of the Istrian peninsula, Rovinj has a population of under 15,000 and serves as a small seaside town with lots of fishing. The city was originally on an island, but the channel that split it was filled in. That happened the year of 1766, and as a result, the homes are located on a headland, very close together. There are 22 islets within Rovinj, and most anywhere you go will have a spectacular view. An old fisherman’s gate from the 1600’s marks the entrance to the old town, where you can visit the St. Euphemia basilica and statue. The basilica can be seen from almost anywhere in the city.

Orebic is another of the most popular expat cities in Croatia. It is a small coastal city in the Peljesac Peninsula on the Adriatic coast. The population is just around the 4,000 mark. It’s a good place to choose if you’re more comfortable in a smaller, quieter city. It is located directly across from Badija, an island with a monastery. You can visit it from Orebic via ferry rides. There are peninsula mountain peaks for great hiking here, and of course a beach. As with any of the expat cities in Croatia (and probably outside of those), there are some great historical sites in Orebic. There is even a home there said to be the birth home of Marco Polo. Orebic is great for festivals and activities during the summer as well, so just because it’s small certainly doesn’t mean there is a lack of things to do.

These are only a few of the best cities that Croatia has to offer. There isn’t likely a location you can choose that doesn’t boast gorgeous historical architecture and isn’t at least a couple of hours away from the nearest beach. No wonder this country is growing in popularity!

I hope you got value from reading this wonderful article: Most Popular Expat Cities in Croatia. If you would like additional information, please contact our office HERE. I would also love to share some great articles for you to read on Croatia, have fun!

How to Make Money While Retired Abroad