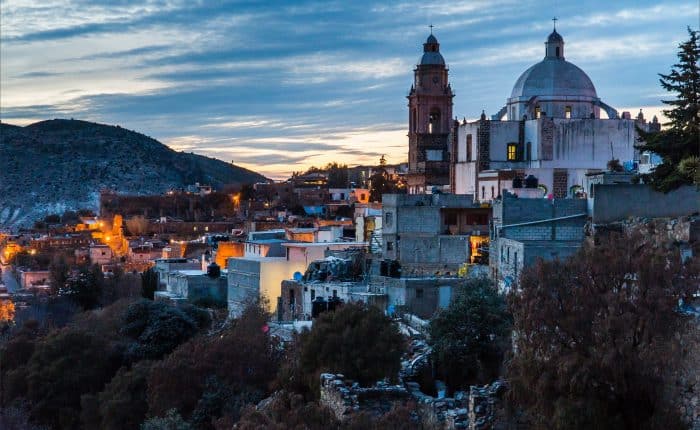 If you’re interested in investing in Mexico, then you’ll be delighted to learn that not only is the Mexican economy booming – it’s been leading the way in the post-recession economic recovery ever since 2009.

When the recession hit and the world realized it was standing on shaky financial ground, the country of Mexico experienced similar shock-waves straight through to its economic core.

But while the rest of the world was knee-deep in the tightening grips of one of the worst recessions the world has ever seen, Mexico was well on its way to recouping all of its financial losses. And as of the end of October in 2010, it did. Better still, it not only recovered all of its financial losses from the market crash back in 2007/2008; it was the first country to post stock market gains that resembled pre-recession market levels.

In other words, Mexico was leading the way in the economic recovery – and judging by the shaky financial standing on which the rest of the world is still standing, it seems as though other countries will need to look to Mexico’s example to gain back what they lost during the recession.

This article will explore why it’s a good choice to start investing in Mexico, as well as the surprise benefits that come along with being an investor in the Mexican economy.

If that wasn’t enough reason to start investing in Mexico, many multinational corporations are quickly discovering that it’s much cheaper to outsource goods production to Mexico rather than Asia. While the past two decades have undeniably seen a rise in outsourcing to countries like China and India, these Asian markets have become much more expensive to produce due to increasing rates of inflation and foreign exchange rates.

This has forced multinational corporations to realize that production is not only cheaper in Mexico, but the country is obviously closer than its Asian counterparts; this means that they save on both production and transportation costs, which is a win-win for any company looking to preserve their bottom line.

There Are Many Benefits To Investing In Mexico

If you’re intrigued by the opportunities to start investing in Mexico, then give yourself a pat on the back for your foresight.  Many stock market investors are too busy worrying about the domestic, European, and Asian markets to take a close look at what Mexico has to offer, despite being America’s closest neighbor.  But with increasing exposure from major financial publications, there’s no doubt that investing in Mexico won’t be the financial world’s best-kept secret anymore.

When it comes to maintaining a stable investment portfolio (which is critical during any time of financial crisis), nothing is more appealing than Mexico’s stock market.  Respected and renowned publication Bloomberg recently highlighted that the Mexican stock market allowed for greater diversification of risk, rivaling that of countries like China, a favorite of risk-aversion investors the world over.

While deregulation was in part responsible for the financial crisis that rocked the world, Mexico is enjoying a healthy balance between government regulation and market competition. The former, which is strictly enforced by the Mexican government, gives an air of transparency to the market, which allows traders to invest without worries of hidden bad debts and illegal trade practices. The latter allows traders and investors to compete for the best share prices on the market, which is critical to any robust economy. This pitch-perfect balance between these two components is a major reason why more people are considering investing in Mexico.

The Economy Will Grow By Leaps And Bounds

It’s a phenomenon that’s being experienced in previous third-world countries – the sudden and very rapid acceleration of robust economies now making them developing Nations. While news coverage tends to focus on China and India as examples of such boom economies, there’s no denying that Mexico is not far behind these economic powerhouses and it is right next door.

While we previously mentioned that Mexico was the first country to post similar gains to the pre-recession highs of 2007, there’s no denying that the Mexican economy still has plenty of room to grow.  As more multinational corporations start to move their production and manufacturing bases down to Mexico, the economy will boom as a result.

In fact, economics is predicting that in just a few decades, the Mexican economy will compete with and even outstrip first world economies like the United States and Europe. Given the recent debt crises in America, Greece, Portugal, and Ireland, some even insist that it already has – which is why smart investors are starting to invest in Mexico today.

Handpicked Related Content: A Financial Case For Moving To Mexico

Investing In Mexico Comes With Its Own Benefits

Investing in Mexico doesn’t just come with incredible financial benefits; it also has non-financial privileges of its own. For example, investors who sink more than $50,000 into the Mexican economy are eligible to receive legal residency within the country. This investment clause applies to any type of investment you make, whether you’re considering setting up your own small business or just investing in the Mexican stock market.

Additionally, it’s far easier to invest in Mexican businesses than, say, United States businesses. And with these Mexican businesses benefiting from cheaper labor and far less expensive production costs, it’s safe to say that investors stand to make more of a return on their Mexican investments than in any other country in the world.

There’s no denying that investing in Mexico is a smart choice for both financial gurus and amateur stock market investors.  After all, the ingredients for profitable investments are there: a booming economy. Cheap production and manufacturing costs. Cheaper labor. Robust economic recovery.

All that remains is for more world investors to discover that Mexico should be the next country that they invest in and the Mexican Government is aggressively promoting foreign investment. If you’re interested in investing in Mexico, talk to your stockbroker today about your options.

Together, you can decide which Mexican companies stand to grow by leaps and bounds in the coming months, which will provide you with a nice financial nest egg for years to come.

I hope you enjoyed reading this article: Investing In Mexico. If you have any questions, please contact our office HERE.

If you’re thinking of leaving your home country and working in a country that doesn’t speak your language, I would suggest you take some language courses. My friend Olly Richards has one of the best platforms on the planet. Reach out to him at ICanTeachYouALanguage. He does several with Spanish being his #1 course.

7 Ways to Protect Your Identity When Traveling Abroad

Hunting for Teak in Vietnam

Healthcare in the Philippines