Dubai: The View From Inside, Part 1 - Escape Artist 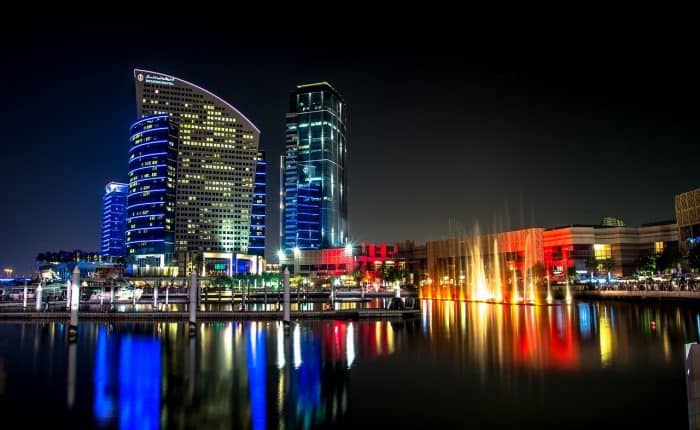 Excerpted and adapted from the ebook “The Insider’s Guide to Living in Dubai, UAE” by Kelly M. Barker.

As the insider’s guide, it is important to note that Dubai is an incredible city and is the pacesetter for the region. However, all of that must be tempered with a bit of realism of the difficulties of an emerging country that tightly held onto the reigns of its population and power.

There is censorship that still exists in the newspapers; much of what really occurs doesn’t get printed unless it is “good news”. The internet has censorship of sites that Dubai feels doesn’t support Islamic values. Many of them have internet browsers shaking their heads. I recall wanting to check out “belly dancing” sites to see about classes or videos to try and downsize my waist. Imagine my shock at receiving this message. Just for belly dancing??? Of course, dating and marriage sites, anything with S*X in the name, or even an indication that the site would contain anything inconsistent with the religious, cultural, political, or moral values – and there is a block applied.

The Immigrant Labor Force In Dubai

The immigrant labor force, whether construction workers, housemaids, drivers, or nannies have been subjected to exploitation from their employers, and in recent months there have been demonstrations (which are illegal) because they have not been paid their wages for months at a time. This movement for demonstrations has assisted in getting their plight known to the public. But, despite a “name and shame” policy as stated by the Dubai government, most times the problems are quietly resolved. If an Arab owns the company, which is most often the case, only the initials of the company or company owner will appear in the newspaper.

Many of the worksites are unsafe and there is an absence of safety equipment which is very noticeable. For your own safety, do not go around any building sites.

For the second summer in a row, the municipality has called for a work stoppage for the outside labor force from 1 PM till 3 PM. However, most companies ignore the ruling and the municipality doesn’t have enough enforcement officers – so the workers remain toiling in the incredible summer heat.

Bachelors are migrant workers who are in this country on work visas with families to support back home. As in most eastern cultures, they live in communal groups. Dubai doesn’t want the low-end workers in the city and water and Electric services are often cut to “bachelor housing”. The Emirate doesn’t want them in the city, and this is the way to force them out. This is creating a huge problem as Dubai has no homeless population, but because of the way that the Municipality is handling this, there are now large groups of wandering persons who are here to work, but have no place to live.

Access to your passport is also a problem, as it is a standard policy for all companies to hold all passports to eliminate runaway employees. The Europeans have a bit more leverage to retain their passports, but it is a very common practice by all employers to keep them locked away.

VOIP technology such as Skype is blocked in the local areas but is accessible in the areas where the expats generally reside.

Opening bank accounts, getting residence permits, work permits, internet access, and other government and quasi-government provided services are all difficult and time-consuming. Most of the government jobs are held by locals and the education level and customer service level is not on par with highly developed countries.

In the next article in this series, Kelly explains more about housing options, insurance issues, and the balance between nightlife and security. Click here to continue reading “Dubai: The View From Inside, Part 2.”

Are you looking for a comprehensive guide for Dubai? Or moving to the UAE? Make sure to check out Escape To The United Arab Emirates, you’ll love it!

I hope you enjoyed reading this article: Dubai: The View From Inside, Part 1. If you have any questions, please contact our office HERE.

20 Reasons Not To Move To Dubai (In No Particular Order)

Expat Unemployment: What To Do If You Lose Your Job Overseas

A Complete Guide To Buying Property In Dubai

Tips for Doing Business in Colombia

The 7 Secrets to Being a Successful Expat in San Juan del Sur, Nicaragua