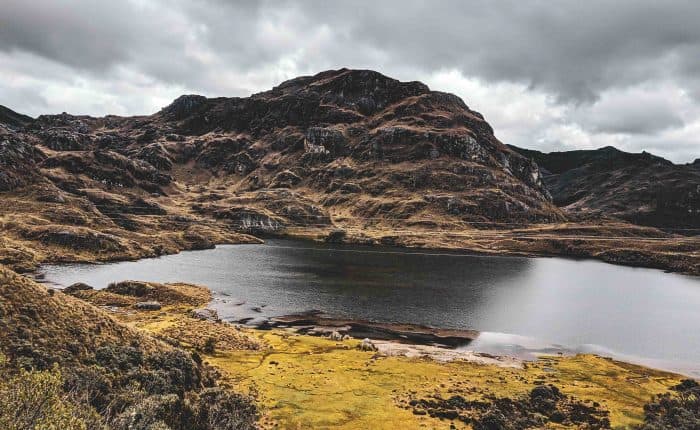 Expat Lifestyle Choices series is a collection of articles that highlights the pros and cons of two countries in which expats are comparing.

So you’ve decided that Central or South America is your next move. With great weather, growing economies, and governments working toward making their quaint countries friendly to foreign money and secure for your real estate investment, Central and South America are fast-becoming the hottest expatriation destinations.

When considering which country is the best fit for your expatriation plans, there are almost innumerable factors. The cost of living, security, immigration requirements, the language barrier, real estate costs, and more are elements that need to be carefully weighed. Two countries that are topping the list of places to expatriate or retire are Ecuador and Costa Rica. Let’s take a look at the two countries and compare what each has to offer.

This small country of just under 5 million people is considered the jewel of Central America.

Starting with the abolishment of a standing army in 1948, Costa Ricans have made education, social services, and development of the mainstay of their social philosophy. Statistically being ranked the “happiest country on earth”, Costa Ricans live a peaceful and nearly conflict-free lifestyle embodied in the local phrase “Pura Vida!” meaning Pure Life!

With a literacy rate of 96.1%, universal health care, and a growing middle class, Costa Rica is the regional leader in terms of how a poor country can pull up its bootstraps and become globally competitive and attract significant foreign investment.

These are all relevant statistics in how they influence the outlook for those considering expatriating or retiring in Costa Rica. A stable government, a peaceful and educated population, and steady economic growth can nurture a healthy environment for foreign residents.

With the average income of a Costa Rican hovering around $12,000 USD per year and strong consumer demand for imported goods, the country supports an infrastructure that lends itself well to expat needs. This means you can easily get many of the items you would expect from home, in large American-style supermarkets and shopping malls.

Real estate in Costa Rica is reasonably priced and plentiful. Whether you’re looking for a beachfront property in Jaco Beach, a little five acres in the coffee rich mountains of Heredia, or a resort-style development in the sunny province of Guanacaste, Costa Rica is chock-full of options. The past 25 years have seen a steady stream of expat and retirees buying up condos, properties, and homes all over Costa Rica. This has not adversely affected the housing market to price real estate out of reach. Quite the opposite in that real estate prices has risen steadily with the country’s low inflation rate.

Immigration requirements in Costa Rica are well-established and relatively painless with the help of good legal counsel. Upon entry to Costa Rica, North American and European visitors are granted up to 90 days on a tourist visa to explore the country and start any paperwork required for residency.

There are various types of residency from Pensionado (retiree), Rentista (long-term renter), Permanente (permanent resident), or Inversionista (investor). All of which have clear guidelines including the amount of guaranteed income needed from long-term annuities, savings, or pensions. Simply purchasing property at a specified minimum value is not adequate to qualify for long-term residency status in Costa Rica.

Ecuador is bordered to the north by Colombia, to the east and south by Peru, and to the west by the Pacific Ocean. The Andes running from the Colombian border in the north to Peru in the south have two main ranges – the Eastern and Western Cordilleras, divided by the Avenue of Volcanoes.

The coastal plain between the Andes and the Pacific is covered by tropical forests and plantations of bananas, cacao, coffee, and sugar. The Amazon jungle comprises 36% of Ecuador’s land area but contains only 3% of the population.

Over 15 million people make up the population of this relatively small South American country with a landmass of just under 284,000 square kilometers (approximately 110,000 square miles).

Handpicked Related Content: A Case For Immigrating To Ecuador

Crime is unfortunately becoming more of an issue in Ecuador. The economy has been on a downturn the past few years and some are turning to crime as the way to make ends meet. Primary targets naturally become tourists and expats in this poorer nation.

The largest city, Guayaquil, has seen a significant rise in violent crimes with the capital of Quito not far behind. That said, the overall crime rate in Ecuador is low compared to industrialized countries. Coastal areas are not seeing nearly the crime rate as the major centers, and attacks on tourists and expats aren’t common.

The cost of living is fairly low. For about $150,000 an expat can pick up a nice-sized ocean view condo in the Chippe area of Salinas. Maid service can be anywhere from $100 – $200 per month.

As with any Latin American country, anything imported will be expensive. Electronics, cars, computers, and anything else considered a luxury item can be double the price you’d expect to pay in the United States.

Shopping local, knowing the language, and bargain hunting are a way of life for expats in Ecuador who are looking to control spending. Though major centers like Guayaquil and Quito can provide you with all the creature comforts you may want, appreciate that they often come at a high price.

Handpicked Related Content: Top 10 Things To See & Do In Ecuador

Ecuador has basically 4 geographical areas, each having its unique weather patterns.

To say it will be hot at the equator is only a small part of the picture. That location does, however, mean that there is little seasonal change. The lowlands on the west coast are often sunny and hot with temperatures and rain increased in the months of December to May.

On the other side of the country, you find the Amazonian region. This tends to be a more hot and humid region with a dry season spanning from November to February.

Between the two are the Andes highlands. Being a mountainous region, the temperatures are much cooler depending on the altitude. Usually cradled by clouds or overcast, the highlands do not see as much rain as the eastern and western parts of Ecuador. Quito, for example, is located in the highlands at 3000 m/10,000 ft and can see temperatures frequently below freezing overnight.

Out on the Pacific coast places like Esmereldas see average high temperatures around 30C/85F with lows around 22C/72F.

There are certain areas of the major centers catering to a more international crowd, and expat communities have been continuing to gear their micro-economies in that direction, but Ecuador remains a country very much rooted in its own rich culture and language.

With a comparatively large indigenous population and relatively small expat community, Ecuador perhaps presents some of the cultural and social challenges you wish to make part of your expatriation adventures.

Ecuador is a beautiful country. Though it has a lot going for it, many feel that it has a ways to go in terms of being a world-class expat destination.

This is certainly not the case in Costa Rica. With western amenities, thriving expat communities, diverse regions, modern hospitals, and more, Costa Rica is the clear choice over Ecuador for many expats.

Ecuador does require an “all in” approach to truly succeed in the country as an expat. Costa Rica strikes the perfect balance between learning about your new home and not having to leave too much of your old one behind.

I hope you got value from reading: Choices: Costa Rica vs. Ecuador. If you would like additional information about migrating to Costa Rica, please contact our office HERE.