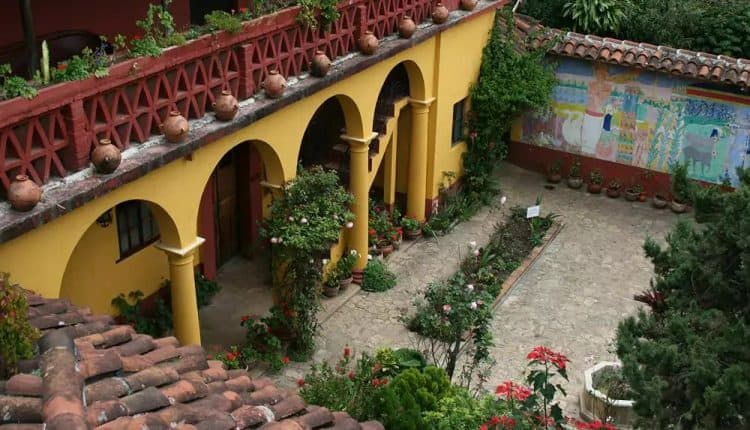 Mexico is by far the favorite country for American tourists. More than 86 million Americans visited Mexico in the past year alone. Americans come to Mexico to enjoy the tropical beaches, tastes the incredible food, and absorb the fantastic and rich culture.

Many cities in Mexico have become Americanized to favor the desires of the American tourists. If you want the real experience of Mexico, or how it was before all the tourists, travel to San Cristobal de las Casas and visit Casa Na Bolom!

San Cristobal de las Casas is one of the most magical places you will ever visit. This small town has everything the exotic traveler is looking for. Not a sight of an American hotel, delicious traditional food, low priced handcrafted good made from locals living in the jungle and nearby communities such as Zinacantan and Chamula.

One of the best museums that you will find in the heart of San Cristobal de las Casas is Casa Na Bolom. Casa Na Bolom is also a hotel, so you can literally live inside museum and a heritage site. A dream come true for many as this is rarely offered by any other museum in the world.

Pre-Columbian artifacts, ethnographic, historical and documentary objects coexist in harmony with art in all forms of expression in what is considered to be one of the greatest insights into the tribes that live within the jungle in Chiapas.

Casa Na Bolom literally means Casa of the Jaguar or House of the Jaguar and was founded the 1950s with the intention to promote the culture of Chiapas, and especially the Selva Lacandona.

The museum is a beautiful neoclassical building built in 1891, originally intended to be a seminary. The house was restored, furnished and inhabited by Frans Blom and Gertrude Duby with the most exquisite taste of the greatest collectors and its deep imprint is appreciated in every corner.

What seems most surprising to people who visit the museum is that the original founders were not born in Mexico. This research center that promotes the old traditions of Chiapas and the purity of the Selva Lacandona was founded by Frans Blom from Denmark and Gertrude Duby from Switzerland. Casa Na Bolom is focused on the life and culture found in the Lacandon Jungle specifically and Mayan history generally.

Frans and Gertrude arrived in the region in 1922 and 1943 respectively. They felt drawn to the area and began a decades long research and photographic exploration of the people and beauty of the Lacandon Jungle in the state of Chiapas.

During the second half of the 20th century, they decided to settle in San Cristobal de Las Casas and built the home which is now the Na Bolom Museum. This facility opened under the name of the Center for Scientific Studies of the Mayan Area and became a nationally recognized museum and Mexican heritage site.

The research carried out by Frans Blom was based mainly on the archaeological exploration and the cartographic creation, as well as the photographic capture of the areas and the towns he visited. He discovered around 110 archaeological sites in the interior of the Lacandon Jungle and explored in the Mexican southeast and in Guatemala (the Mexican state of Chiapas extends to the southern border with Guatemala). His travel diaries that reflect the daily life of the area and his books, include: The Conquest of Yucatan, Tribes and Temples, Palenque, La Selva Lacandona.

Gertrude Duby was an anthropologist, conservationist and photographer, and the first woman to document the region. Through her images, she captures the incredible lives of the jungle inhabitants and life in southern Mexico.

Duby focused on the field of registry and documentary photography. She achieved approximately 50,000 images that portray the inhabitants of Chiapas and the Lacandons (one of the peoples that still inhabits the Lacandon Jungle). She also portrayed and studied the cultural impact and issues associated with the deterioration of natural resources from deforestation and encroachment of the modern world. Gertrude received the Global 500 Award of UNEP in 1991 for her conservation work. 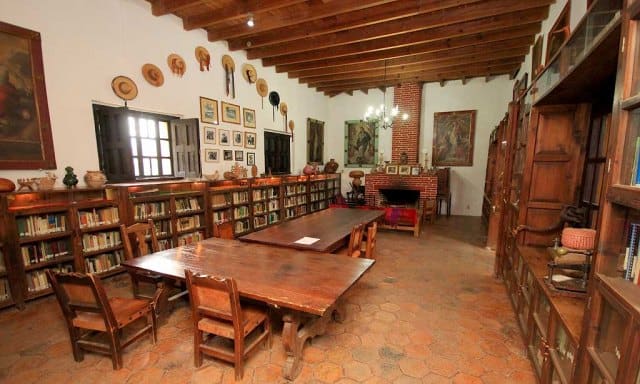 When Blom and Duby passed, they bequeathed a library with 14,000 titles on archeology, ethnography and history of the Mayan region. For one of the museum’s projects, see this article from 2015: A Portrait of the Lacandon People

Frans Blom and Gertrude Duby dedicated their lives to portrait the indigenous communities of Chiapas in a proper way and their main interests were always to preserve the customs and traditions of the people, to generate conditions for the government to introduce options to improve health, housing and mainly the protection of the forest, which they always defended.

25 years have past since the death of Gertrude but the practices that she began in the museum still remain in place. Casa Na Bolom is always at the front and center helding many events that promote the wellbeing of the indigenous tribes that still exist in Chiapas.

Besides being a museum and hotel Casa Na Bolom is also a well regarded research center. The library inside of the museum holds over 14,000 books on local culture making Casa Na Bolom one of the best and focal points of research on Mayan culture.

The house is modestly financed by donations from visitors to the hotel, the museum. The dining room in Na Bolom offers dishes that combine traditional cuisine mixed with herbs grown in the museum’s garden.

Casa Na Bolom is unlike any other place that you will ever stay. It offers all of the amenities of a boutique hotel with 16 rooms originally decorated by Frans and Gertrude to receive their guests, who came for research purposes.

And, unlike commercial hotels, Casa Na Bolom is a non-profit association dedicated to helping the Lancandos people, especially with healthcare, and and the reforestation of the the Lacandon Jungle. Likewise, Casa Na Bolom is a hotel-museum with a cause. When you stay at the hotel, you’re helping to support these Na Bolom projects.

The greatest decoration of the house is, of course, the beautiful photographic collection of Gertrude and the flowers that Don Manuel brings every day from his town. Along with the number of ancient artifacts that you will observe in the exhibitions.

Access to the internet is free and the museum offers special plans for long-term visitors as well as researchers and academics. What better place to do your research project that in a museum that reflects in its walls the passion and the commitment that the founders poured into it.

Casa Na Bolom has been featured in many travel and research magazines and has inspired similar boutique hotels around Mexico. Still, there is no other place that reaches the tradition combined with history that Casa Na Bolom has.

I hope you enjoyed reading this article: Casa Na Bolom: History and Tradition in the Heart of San Cristobal. If you have any questions, please contact our office HERE.

San Cristobal de las Casas, a Magic Town in the Heart of Mexico